How early would you get up to prevent extinctions?

Whether we’re filming the dramatic recovery of Desecheo National Wildlife Refuge, or participating in an international online press conference, a 04:30 wakeup call is par for the course at Island Conservation.

Island Conservation joined the South Georgia Heritage Trust and the University of Dundee, hosts of the Island Invasives Conference 2017, and others in an online webinar for journalists previewing key presentations and issues to be discussed at the forthcoming event. The conference is the third-ever gathering of its kind, the first to take place in the Northern Hemisphere, and will be held between July 10th and 14th at the University of Dundee, Scotland.

The press briefing was held at 14:00 UK time, so Island Conservation Director of Science Dr. Nick Holmes and I had to get up before the sun to be ready to participate from California at 06:00. But we can’t complain; our friend and colleague Dr. James Russell participated from Auckland New Zealand at 01:00 local time!

In the webinar, five expert speakers provided updates on their current projects, providing exclusive access to journalists ahead of the conference, providing the global context and how sharing information can help conservationists and scientists scale up what is being done to meet the escalating challenges.

Professor Tony Martin, University of Dundee, Professor of Animal Conservation, spoke about the South Georgia Heritage Trust–Habitat Restoration Project, the world’s largest rodent eradication operation to date. He reported “Wilson’s Storm Petrels are beginning to come back, quite literally, from the brink of extinction. It is just a joy to traverse the island and see the wildlife starting to come back now that invasive rats and mice are gone. It still brings a lump to my throat when I hear the delicate song of the South Georgia Pippetts, the world’s southern-most songbird, found nowhere else in the world (endemic).”

Dr. Piero Genovesi reported on the Honolulu Challenge, first conceived and endorsed by Island Conservation and others at the IUCN’s World Conservation Congress in Honolulu late in 2016. Its objectives include “increasing island invasive species eradications, and expanding biosecurity [invasive invasion prevention] efforts for countries and islands.”

Predator Free New Zealand 2050 is New Zealand’s commitment to the Honolulu Challenge, explained Dr. James Russell, University of Auckland. This is the most ambitious invasives eradication goal ever set, eliminating invasive rats, possums, and stoats from the entirety of mainland New Zealand (NZ). So ambitious is this endeavour that the tools and methods needed to achieve it aren’t yet developed or tested. Russell explained, “We’re very much looking forward to coming to Dundee in a few days.” Predator Free New Zealand depends on this kind of collaboration and exchange of information.

Clare Stringer, RSPB, Head of International Spices Recovery Unit spoke about the Gough Island Restoration Programme, which has been in the works for many years. Stringer explained, “Gough Island could lose its World Heritage status if we don’t intervene soon, or worse, the world could lose the island-endemic Tristan Albatross. Funding is the only thing holding us back.”

Island Conservation’s own Dr. Nick Holmes, Director of Science, wrapped up the formal presentation, explaining why all these speakers, and many more organizations are flocking to Dundee to explore ways to scaling up invasive species eradications:

Thank you all kindly for joining today. I wanted to talk about the global scale of the challenge and opportunity for island restoration, and going to scale.

The previous speakers have all illustrated the challenges and opportunities in eradicating invasive species from islands, and that this valuable tool in the island restoration toolbox can be taken to scale.

We are seeing demonstration of going to scale in New Zealand, where the practice of completely removing invasive species from islands is a mainstream activity, and they have now set a new bar with their 2050 predator free challenge for the nation itself

We’re seeing demonstration of going to scale amongst the global island restoration community, coming together to make important commitments around the Honolulu Challenge. The strength of these partnerships has never been greater.

And we’re seeing this demonstrated through increased scope and scale of individual projects, including remarkable and globally important efforts like South Georgia & Gough. These projects require sophisticated partnerships leveraging new approaches to tackle such challenges.

Before going any further I wanted to touch on–why islands? Islands have a disproportionately higher rate of extinction and endangerment when compared to mainland areas. Islands occupy less than 6 percent of Earth’s land area. But when we look at what we have lost in the last half millennia, 61 percent of recorded extinctions have taken place on islands. And when digging into the reasons why, invasive species are implicated as a key cause in extinctions on islands. 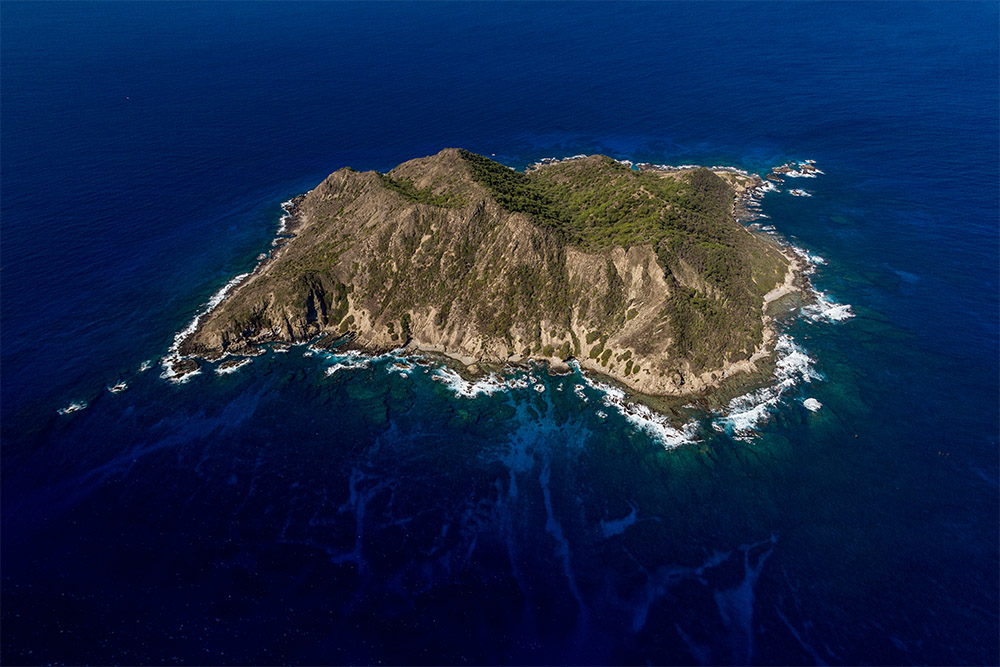 When we look at what we have left today, approximately thirty-seven percent of all Critically Endangered Species on the IUCN Red List are found on islands, and approximately 20% of bird, reptile, and plant species.

So, if our goal is to conserve biodiversity, and prevent threatened species from going extinct, working on islands to remove invasive species offers some of the greatest return on investment. And this is the basis for the work that we do.

All around the globe, we are seeing these projects grow in scope and scale. This is a database of efforts to eradicate islands around the world. We are aware of more than 1200 efforts, and a success rate of around 85%.

Here is another example. With a partnership including BirdLife International, Polynesian Ornithological Society, and Island Conservation, we are excited to add to this global impact, and announce the success of a project in the Acteon-Gambier Island Groups, in French Polynesia where there are now 5 new predator-free islands.

This is an example of going to scale because it is a new global partnership conducting the biggest operation of its kind in one of the most remote island archipelagoes in the Pacific.

This is globally significant outcome because this project more than doubles the safe habitat for the Critically Endangered Polynesian Ground-dove, locally known as the Tutururu, one of our world’s rarest birds with an estimated less than 200 left in the world. There is now hope for this rare species. 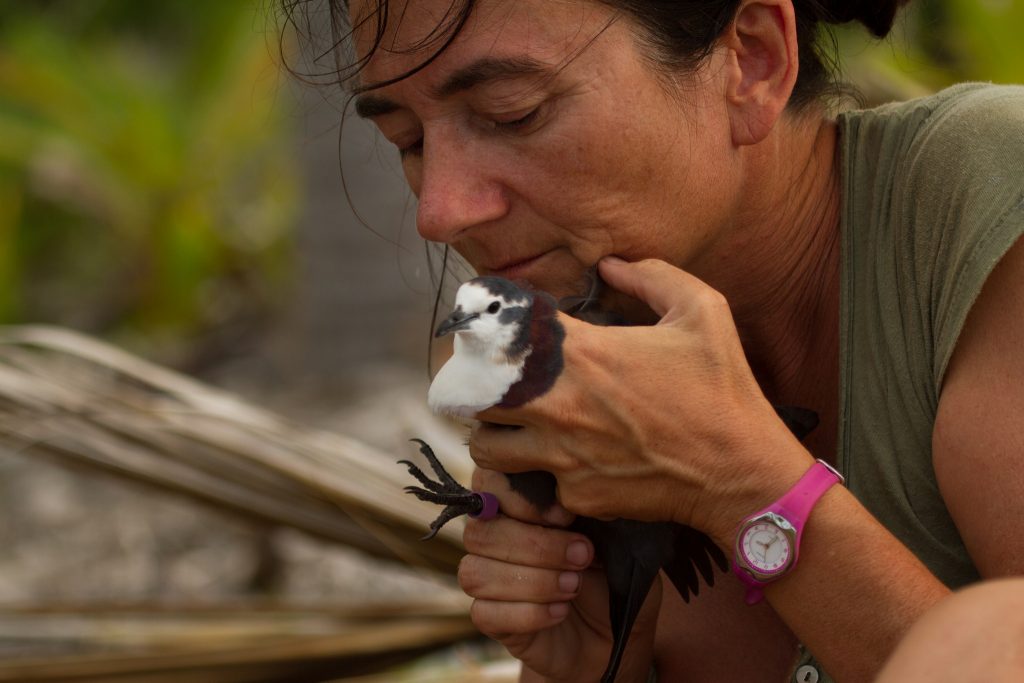 The Tutururu, a ground-dwelling island bird, is Critically Endangered due to invasive species impacts. A recent project to clear invasive species from its habitat offers hope for its recovery. Photo credit: Island Conservation/Maddy Pott

These biodiversity conservation outcomes are the true driver of our collective efforts of going to scale.

It’s All About Conservation Outcomes

Recently we published a first-of-its-kind study in the Proceedings of the National Academy of Sciences, titled “Invasive-mammal eradication on islands results in substantial conservation gains.” You can find a link in the press pack. The authorship included a 30-member team of scientists, and we examined how native species responded to projects that eradicated invasive mammals from islands. From our limited search, we found 596 populations of 236 native species on 181 islands benefited. 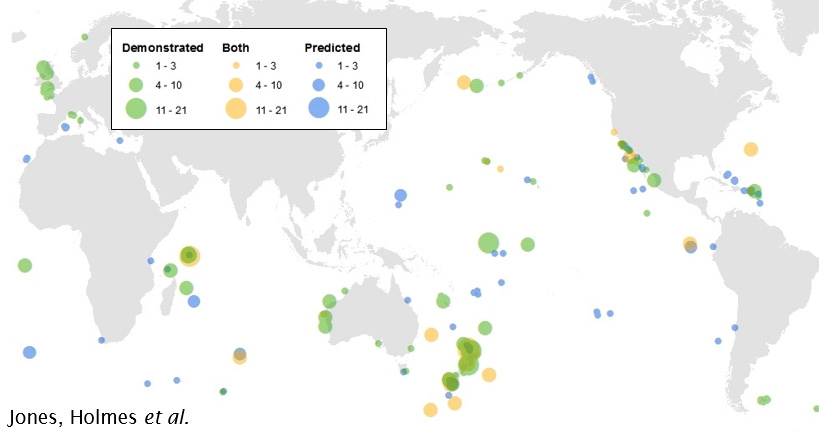 But There is Much More To Do!

For every one of the 1200 efforts to date, there are hundreds more islands infested with invasive mammals like rats. There is so much more we need to do to bring this, one of the most successful conservation interventions, to the islands on which our world’s most imperiled species rely.

Our Call to Action: Scale Up – Match the Opportunities

The magnitude of the problem we face is a call to action for all of us attending the conference and many others to collaborate on further mainstreaming this conservation intervention; we need to continue to push the envelope by tackling more islands, bigger islands, and to find transformational ways for us to match the scale and scope of the problem and opportunity.

We are looking forward to learning from each other and being inspired, creating new partnerships and rising to the challenge of taking island restoration to scale. 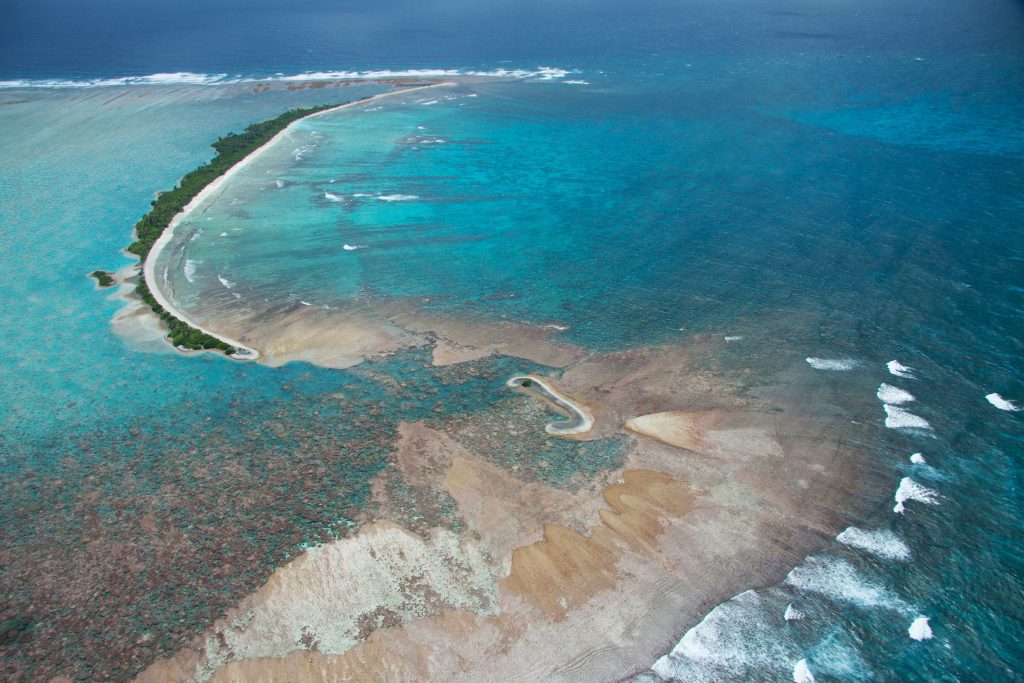 Thus far, the Island Invasives Conference has more than 300 registered participants coming from 43 different countries. There will be about 90 speakers and poster presentations; Nine of these will be provided by Island Conservation Staff, and dozens more will be provided by our esteemed partners and colleagues.

Look out for further updates from us throughout the conference!