Five remote Pacific islands are once again safe havens for four of our world’s rarest bird species following the success of one of the most ambitious island restoration projects ever implemented.

Just two years after ambitious efforts by a team of international conservation organizations to rid French Polynesia’s Acteon & Gambier island groups of invasive mammals began, five of six targeted islands are now confirmed as predator-free—a ground-breaking one thousand hectares in total. Early signs already indicate that rare birds found nowhere else in the world (endemic) and other native plants and animals are recovering as the remote islands return to their former glory.

The Polynesian Ground-dove (Alopecoenas erythropterus) (locally known as Tutururu) is one of the rarest birds on the planet with fewer than 200 individuals left. Predation and competition by damaging, non-native (invasive) mammals in French Polynesia have driven this and other rare, endemic bird species to the brink of extinction. The species is listed by BirdLife International as Critically Endangered on the IUCN Red List—a category that signals an extremely high risk of extinction within our lifetimes.

“The Acteon Gambier island group is home to the last viable population of Polynesian Ground-dove, a species once much more widespread in the Pacific,” said Steve Cranwell, BirdLife International’s Invasive Species Manager. “This bird’s remaining predator-free habitat was so small that without this intervention, a cyclone, prolonged drought, or accidental rat or avian disease introduction could trigger extinction.”

Introduced mammalian species alone are believed to be responsible for 90% of all bird extinctions since 1500. Early human explorers introduced invasive species such as rats to the remote Acteon & Gambier islands (and thousands more around the world), upsetting the natural balances of the islands and threatening the native plants and wildlife that evolved without defenses against land predators. 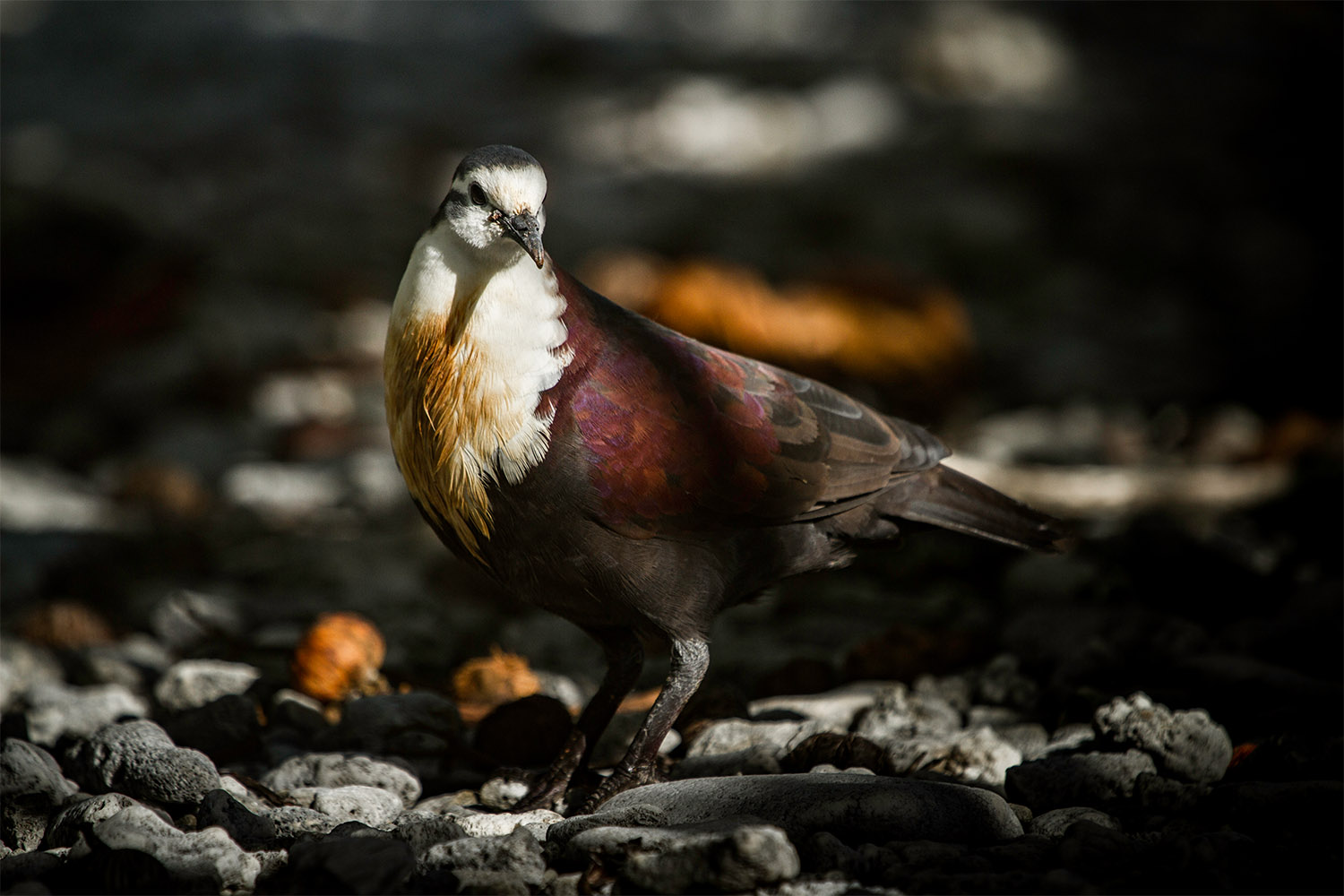 Combining resources, expertise, equipment, and logistical skills, a coalition of NGOs, BirdLife International, SOP Manu (BirdLife Partner, French Polynesia) and Island Conservation—together with the support of the government of French Polynesia, landowners, other partners and local volunteers—voyaged over 1,500 km to six of French Polynesia’s remote islands—Vahanga, Tenarunga, Temoe, Kamaka, Makaroa and Manui to complete the challenging project in 2015.

The project required years of planning and fundraising (including a cooperation with Rovio, the maker of Angry Birds), involved nine permits, 165 helicopter flight hours, three ships transporting hundreds of tonnes of equipment and donated bait from key partners Bell Laboratories and Tomcat, as well as 31 personnel from six countries (from three continents) who endured extraordinary weather and sea conditions during 12-day journeys to and from the islands. The prospect of a brighter future for the Tutururu and other native island species made the operations well-worth the effort.

“After extensive monitoring, a survey in April has confirmed great success on five of the six islands,” reported Dr. David Beaune, Director SOP Manu. “This is a tremendous achievement that will provide a permanent solution to the alarming declines of native species on these islands due to predation and competition from invasive species.”

“The project has more than doubled the secure habitat for both the Polynesian Ground-dove and the Tuamotu Sandpiper (Prosobonia cancellata) (locally: Titi), a globally Endangered landbird,” said Cranwell. “The islands look vibrant with new native vegetation, and both bird species have now established and are increasing on the island of Tenarunga—something that has not been possible for decades.”

The benefits extend beyond nature alone. “Without rats, local land managers reported a doubling of their copra (coconut kernel) production in 2016—a major source of income for these isolated communities,” said Pere Joel Aumeran, Vicar General for the Catholic Church. “Safeguarding our islands’ natural value is a foundation of Polynesian culture and important to the Catholic Church. This tremendous contribution to the lives of local people ensures these islands fully recover and remain predator-free–a legacy the Puamotu people leave for generations to come.”

“While the success of this project is vital to securing the future for these globally threatened birds, it also provides important safe habitat for other endemic species in a region where there is very little invasive predator-free habitat,” explained Richard Griffiths, Island Conservation’s Project Director. “The success also serves as an indicator that invasive-species-driven extinctions on other remote islands can be avoided if this operation is replicated at scale.” 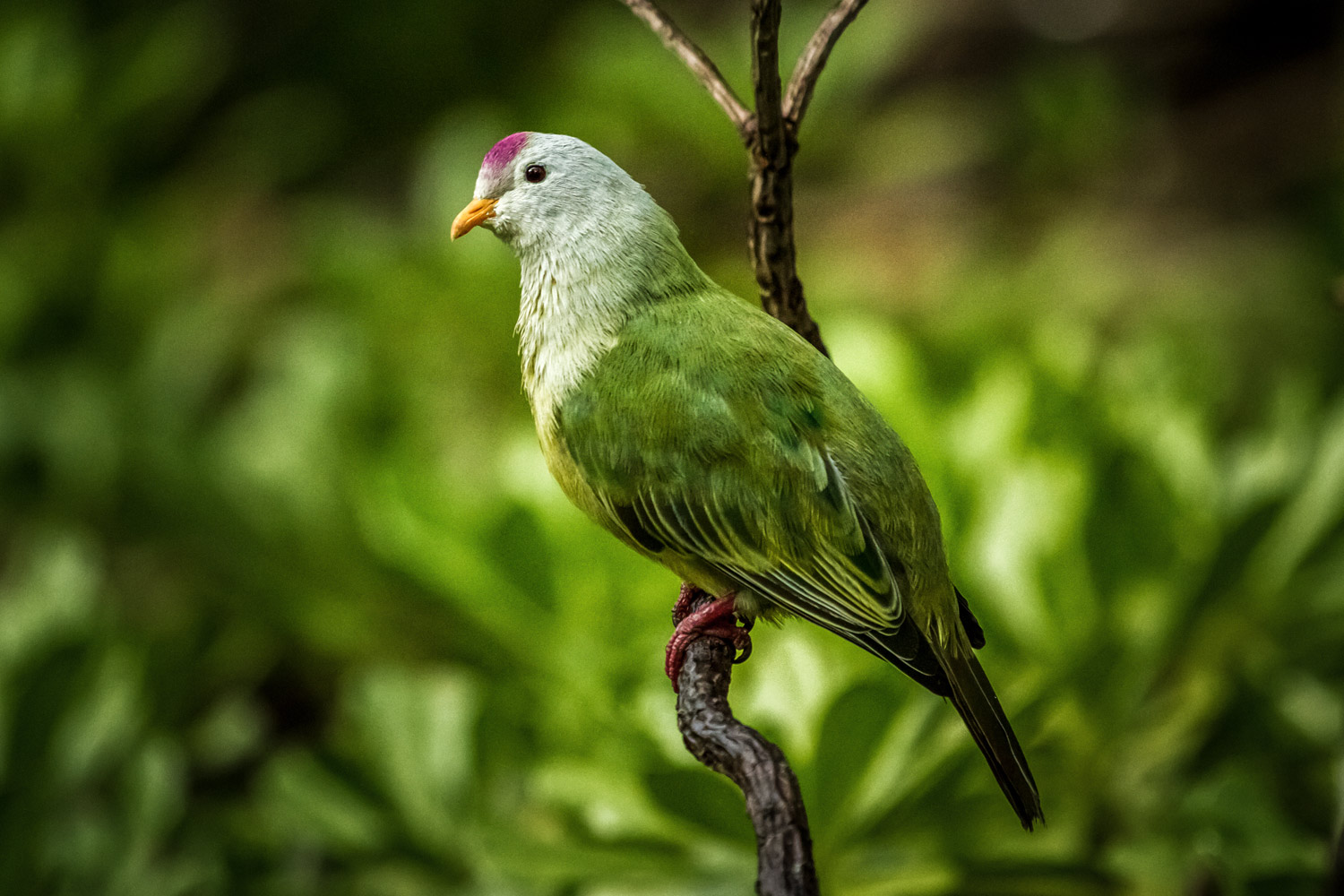 “We now need to increase the habitat range of these species by translocating small populations to islands where they were previously found—a  conservation technique proven highly effective in Polynesia,” said Dr. Beaune. “Plans are underway to re-introduce the Tutururu and Titi to Temoe, and to attract other Endangered seabirds such as the Polynesian Storm-petrel (Nesofregetta fuliginosa) to these predator-free islands.”

To inform future restoration efforts for complex islands with challenging terrain, the team is conducting an analysis of the Kamaka effort, which did not succeed. With invasive mammals now eradicated from the five islands, the coalition’s attention is shifting to biosecurity—preventing re-invasion through monitoring, education (brochures and signs for tourists), and stringent inspections of incoming vessels.

“French Polynesia can be immensely proud of completing this project, which, for its scale and complexity, is a first for the region,” Griffiths said. “The government of French Polynesia is well positioned to capitalize on this success and become a leader within the Pacific to rid Oceania’s islands of damaging invasive species.”

Location
French Polynesia is a sprawling island chain of archipelagos of more than 125 islands sparsely scattered over 2,000+ square kilometers (1,200 mi) of the South Pacific Ocean.

The remote and largely uninhabited Acteon & Gambier groups located in the southeast of French Polynesia’s range are home to a host of threatened and endemic plants and wildlife.

BirdLife International, with SOP Manu (BirdLife Partner in French Polynesia) and Island Conservation lead an extensive island restoration operation in a remote area of French Polynesia to save Critically Endangered bird species and restore the delicate ecological balance. The ambitious project is restoring the Acteon & Gambier archipelagos to their former glory, making them once again safe and ready for the reintroduction of the Tuamotu Sandpiper and Polynesian Ground-dove, and benefiting many other wildlife.

By sharing transport, equipment and expertise, we’ve significantly reduced the cost of restoring several islands that are threatened, but the project is nonetheless our biggest of the decade. Additional technical assistance has come from the Pacific Invasives Initiative and the New Zealand Department of Conservation. 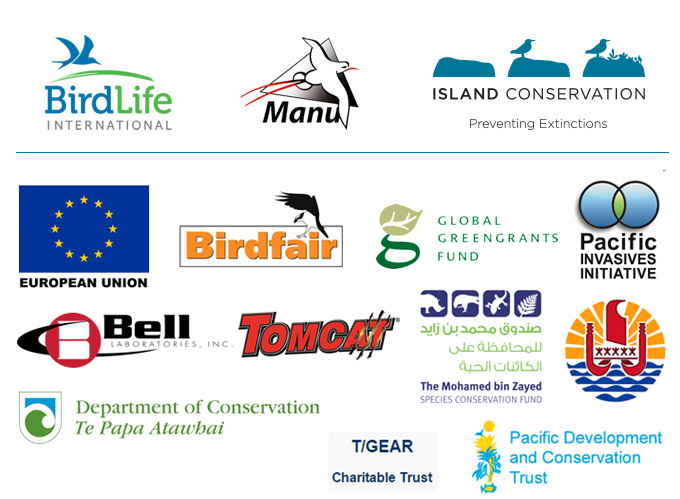