The island of Hawai’i, otherwise known as the “Big Island,” has recently been in the news due to the eruption of Kilauea and the devastation this has brought to local ecosystems. However, the island’s ecosystems and biodiversity have been in danger long before the eruption. The islands hold the record for most extinct birds in the world; the introduction of invasive species triggered this alarming trend, decimating native bird populations. 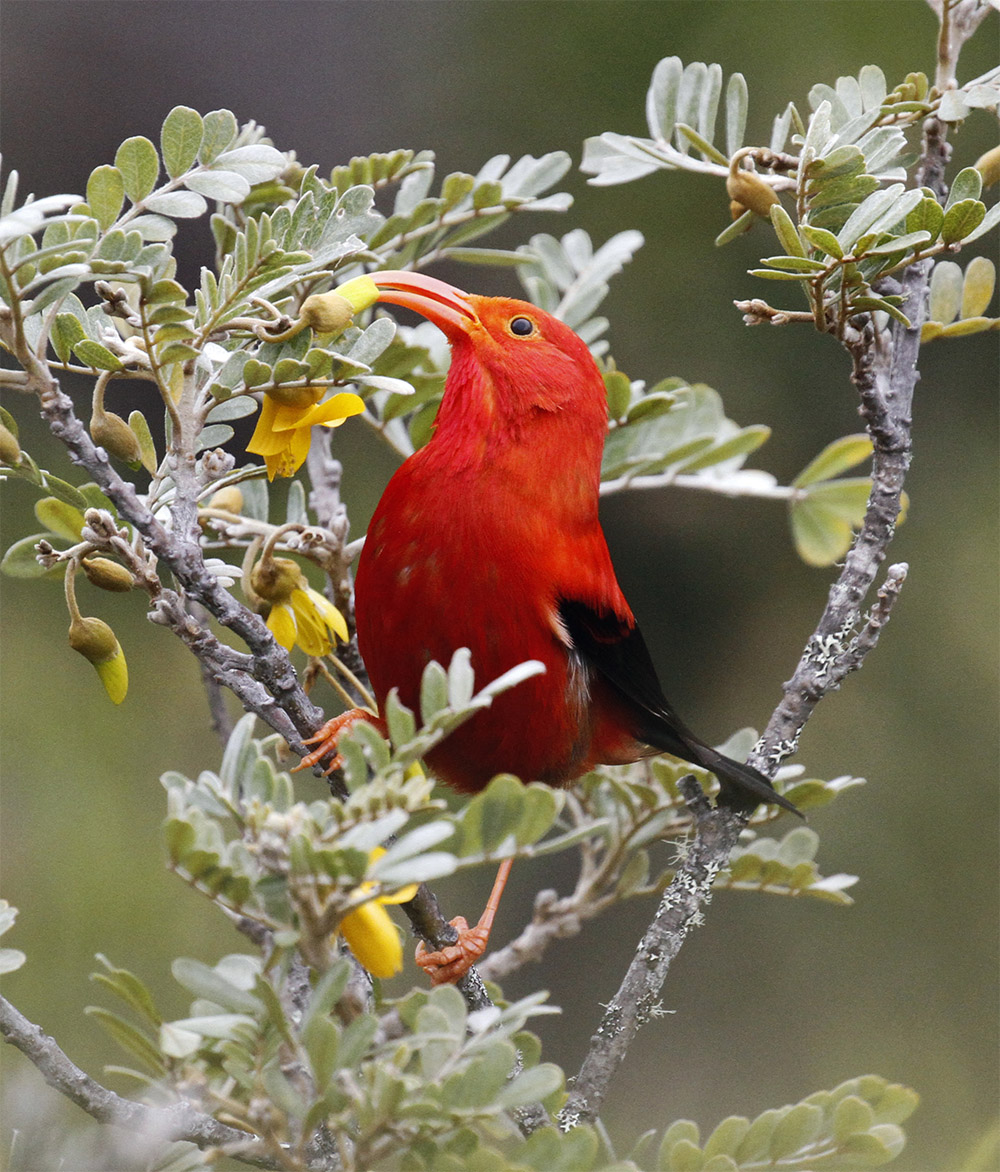 The Vulnerable I’iwi has been disappearing from its former range as disease and climate change decimate populations. Credit: Robin Agarwal

Following the initial arrival of humans to the Hawaiian Islands, 71 species went extinct. Since then 24 more species have gone extinct. Now only 21 species of forest birds left on the islands and two-thirds of them are threatened or endangered. A recent study published in The Condor: Ornithological Applications describes the dire state of native bird populations in Hawai’i. The study also offers guidance on what actions should be taken to protect native birds and help populations recover. Researchers explain that the current conservation status of the island’s flora and fauna is almost entirely due to human activity.

Two large issues surrounding the conservation of native species lacks funding and crucial resources. In the new paper, over 60 Hawaiian bird conservationists collaborated to draft a plan of action. The plan focuses on management approaches that can start immediately. The most profound threats to native avian species are introduced diseases, habitat loss, invasive plants, and non-native predators with climate change intensifying all of these problems. Lead author Eben Paxton commented:

Our challenge in Hawaii is: how do we conserve forest birds from multiple threats with just a fraction of the resources needed to fully address all the threats? Our solution was to bring researchers and managers together to share ideas, and as a community, identify priority research and management needs necessary to save these unique species. We believe these priorities will help focus resources where most needed and bring together different organizations to work together for the maximum benefit of the birds.” 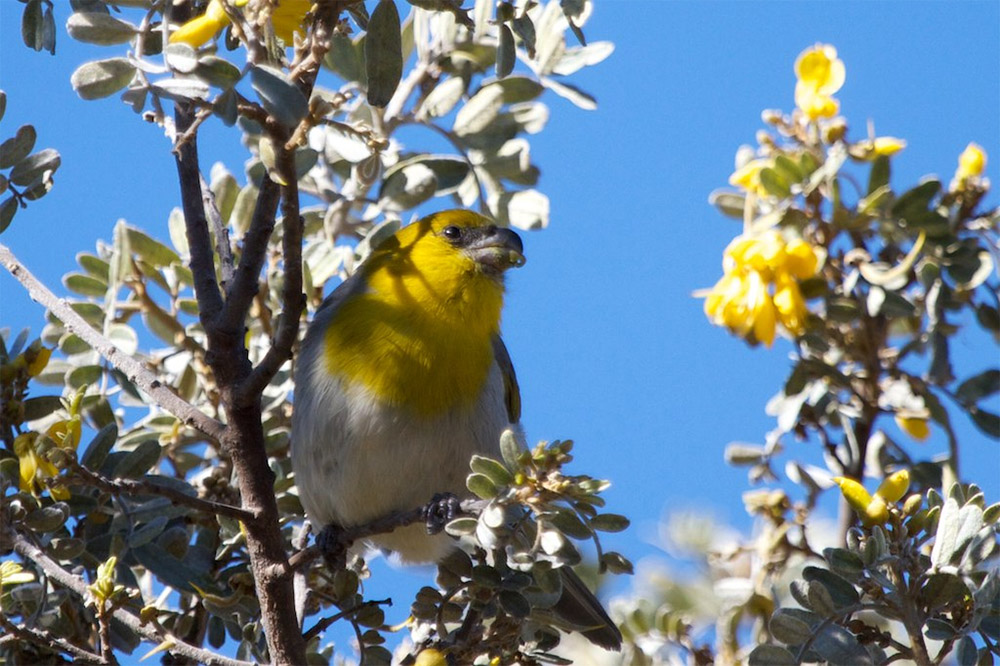 The Critically Endangered Palila has had some success with captive breeding programs. Credit: Bettina Arrigoni

With resources being so limited, the conservationists agreed to form eight main objectives and several supporting actions specific to the island of Kauai. The report also suggests that enhancing public knowledge and captive breeding programs, along with continued monitoring and translocation of birds to protected unoccupied habitat, will help conservation efforts dramatically. This report was made to help Hawai’i’s endemic birds and to serve as a model for other areas that are also in need of significant avian conservation. Hopefully these actions can make a difference to help save native Hawaiian bird species from extinction.