Temperature rise on the Hawaiian Islands is shrinking safe habitat for native forest birds. The warmer climate is attracting invasive mosquitoes up into Hawaii’s mountain regions, the last habitat where native birds could be considered safe from mosquito-transmitted avian malaria.

Avian malaria is a deadly disease that has had major effects on Hawaiian birds, especially honeycreepers. Originally 55 species of honeycreepers lived in Hawai’i, but today, only 18 remain. Honeycreepers are unique to Hawai’i. A single finch arrived to the islands and evolved into 50 or 60 different species of honeycreepers all with varying beak shape and color. They provide a remarkable example of adaptive radiation. They also have a special place in the hearts of Hawaiians; in native culture it is said that these birds are spiritual guides for families and their feathers are a symbol of power.

Polynesian voyagers who came to the islands more than 1,200 years ago initiated the first threats to honeycreepers by hunting the native birds and damaging their habitat, reducing the 105 native Hawaiian birds to almost half by 1778. The first malaria carrying mosquitoes arrived before the start of World War II. 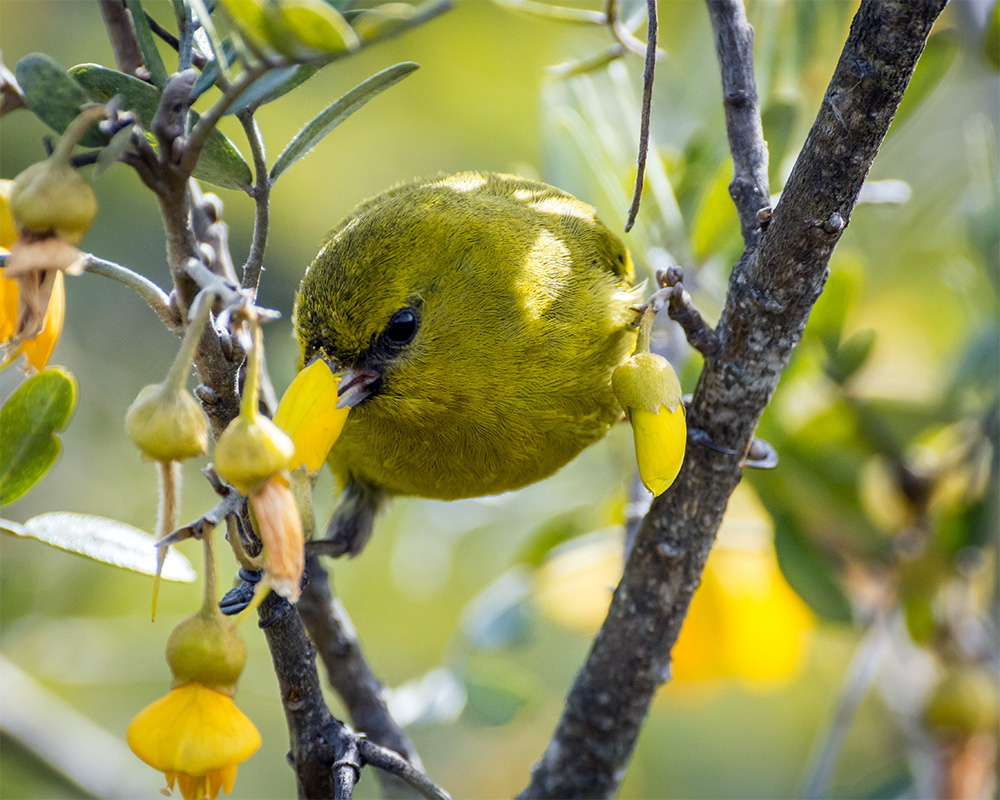 The Amakihi is one of two species of honeycreeper that have genes showing resistance to avian malaria. Credit: Byron Chin

Only two species of honeycreeper show resistance to avian malaria, and many of these forest birds are already at risk of extinction due to invasive species and habitat loss. Time is dwindling; the extremely susceptible I’iwi has experienced a decline from 4,000 individuals to 400 in just the last decade. However, hope is not lost.

Researchers believe genes play a crucial role in these threatened birds’ survival. The National Science Foundation has awarded a 2.5 million dollar grant to a team comprised of mosquito, bird, and malaria experts from the Smithsonian, Rutgers University, and other research organizations. The grant will fund research on the Amakihi genome. The Amakihi is one of the few species of Hawaiian honeycreepers that have populations with resistance to avian malaria. Scientists hope that by studying Amakihi, they can identify the resistant genes and eventually introduce them to other species of honeycreepers. They will also be sequencing the genomes of the invasive Southern House Mosquito along with the malaria parasite it hosts, Plasmodium relictum. 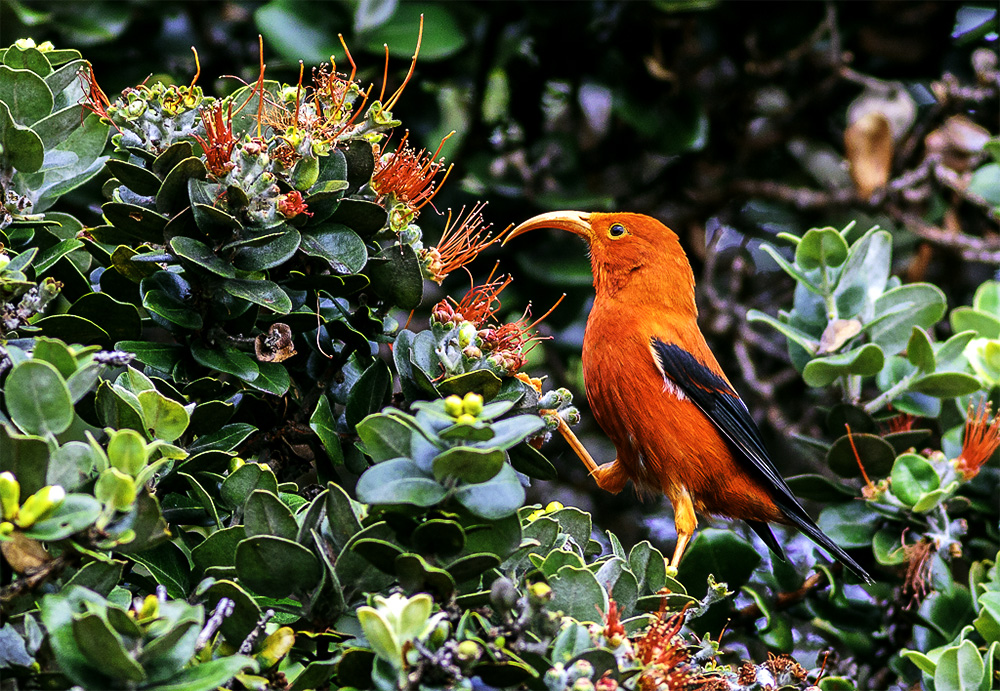 The I’iwi used to be one of the most common native birds in Hawai’i, but populations have been rapidly decreasing. Credit: USFWS-Pacific Region

This data will enable scientists to compare the malaria to other strains collected and find the exact developments in the malaria genome specific to Hawai’i. The mosquito genome will be used to figure out where the introduced species originated. They will also use the Amakihi’s current genome structure and compare it to specimens collected when malaria was not present on the island. Together, this data will help scientists and conservationists understand how the malaria evolved, what makes it so deadly, and how future honeycreepers might be affected by climate change. Rob Fleischer, head of the Conservation Genomics Center at the Smithsonian National zoo commented:

There are many variables we have to identify, but once we can put those into the model, we can make predictions about what happens when malaria gets up another 500 meters in elevation. Will we lose the birds living there? Or could they evolve some resistance?

Introduced diseases have wiped out native bird populations before, but this research could be the first time this process will be assessed against a genetic background and lead to possible solutions.

This work gives us an understanding of how these invasive parasite systems work.

Conservationists are optimistic that this new data could help secure the future of the honeycreepers and one day aid other island species that are susceptible to diseases transmitted by invasive species.