Efforts by the Kauai Endangered Seabird Recovery Project to protect two of Hawai’i’s most endangered seabirds are paying off.

After three years of conservation efforts 75 Endangered Newell’s Shearwaters and Vulnerable Hawaiian Petrels have fledged due to a relocation process aimed at protecting the these threatened seabirds from invasive predators. These, like many other native Hawaiian seabirds, are threatened due to the presence of invasive predators, and in recent years their populations have been in steep decline. Thanks to conservation efforts they might have a fighting chance as long as programs continue to boost the population and projects begin to focus on removal of invasive predators. 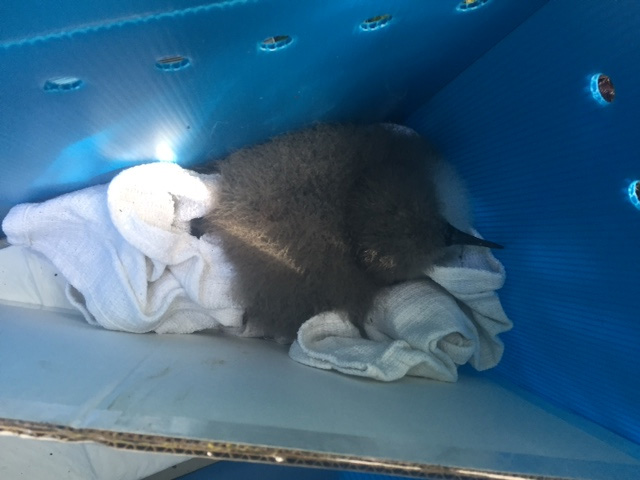 To date, the program has relocated 76 seabirds, 75 of which have fledged, including 49 Hawaiian Petrels and 26 Newell’s Shearwaters. Conservationists have created a system of relocating chicks from where they are born to a predator-free enclosure at Kīlauea Point National Wildlife Refuge on Kaua‘i’s North Shore and so far the program has shown incredible success. Robby Kohley of Pacific Rim Conservation, the non-profit organization responsible for care and feeding of the birds at Nihoku, commented:

The success of the first three years of relocation is the result of many individuals and organizations working together to make a better future for these native birds. Each time one of these young birds fledges from Nihoku it brings us one step closer to our goal of recovery for these unique seabirds. It is comforting and exciting to know that when they return as adults they will have a safe place to raise young of their own. 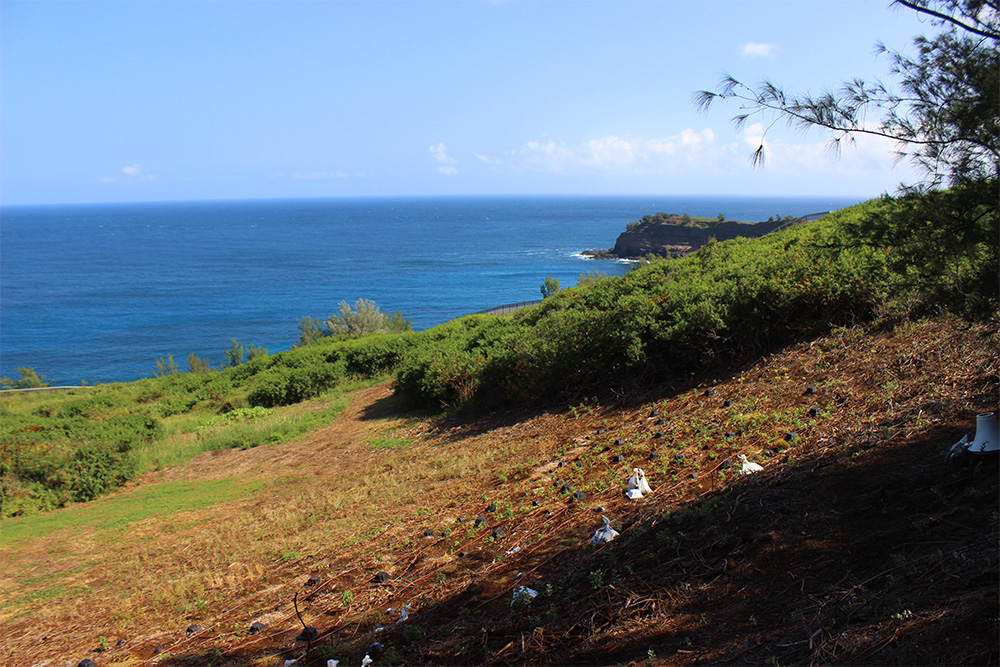 The Hawaiian petrel chicks all safely tucked into their new homes, with an ocean view! Photo credit: Ann Bell/USFWS

One of the hidden benefits of relocation is that it can offer hope for long-term success. Hawaiian Petrels and Newell’s Shearwaters, like many species of seabirds will return to the location where they fledged; this is problematic when the place they hatch is ridden with invasive predators. Transporting chicks to the predator-free enclosure ensures that those birds who survive in the wild will then return to the safety of a predator-free environment when it is time for them to nest. Dr. André Raine, who leads the Kaua‘i Endangered Forest Bird Recovery Project explained:

These two species are in serious trouble on Kaua’i and their precipitous decline in recent decades has been truly staggering.  A relocation project like this – in tandem with on-going intensive management at remaining montane colonies and tackling the serious issues of powerline collisions and light attraction – is critical to ensuring that these amazing seabirds are still around for future generations on Kaua’i.

As conservationists work on multiple fronts to ensure the success of these chicks it is important to recognize the accomplishment of saving not only 75 individual seabirds, but ultimately saving the future chicks that will fledge from the safety of a predator-proof environment. This will not be the end of conservation efforts for the Hawaiian Petrels and Newell’s Shearwaters, but as the work continues the successes reached so far are incredibly heartening.