Australian snake and lizard populations are declining according to a recent update to the IUCN Red List.

Australia has lost more animals to extinction than any other country in the world. They are going through an extinction crisis that keeps worsening; researchers recently announced that seven percent of Australia’s reptiles are on the verge of extinction. The International Union for Conservation of Nature (IUCN) just updated their “Red List” of threatened species, and all of Australia’s unique reptile species are now classified as threatened, with one in fourteen at risk of extinction.

The most critical are the introduction of invasive species and climate change. 975 Australia reptile species have landed on the Red List with the majority of the threatened species being endemic to Australia. Philip Bowles, who coordinates IUCN’s snake and lizard work, commented:

This Red List update highlights the vulnerability of Australia’s lizards and snakes to invasive alien species. Understanding the threats to each of Australia’s native reptile species will help us effectively work with the Australian Government, local conservation groups and Aboriginal people to address them.” 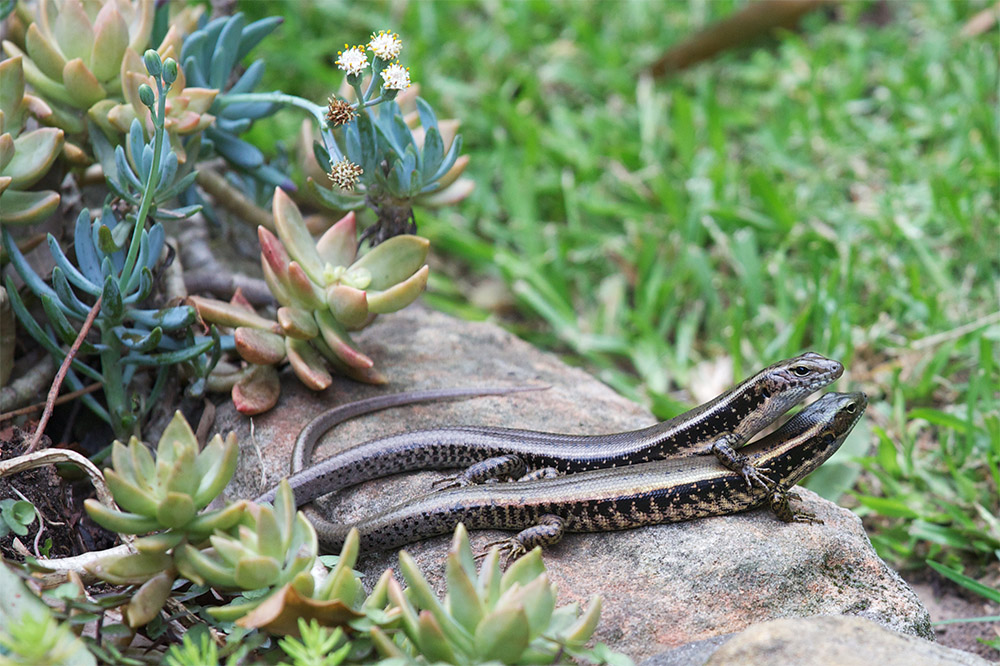 Skinks are found throughout Australia and are threatened by feral cats. Credit: Alex Proimos

Australia is home to an unusually diverse reptile population that evolved in isolation. The species present represent about 10 percent of the entire global reptile fauna. Because these animals evolved in isolation, they are not equipped to deal with introduced predators and are very susceptible to invasive species such as feral cats. A recent study shows that invasive feral cats kill 600 million reptiles each year in Australia. Another invasive species threatening reptile populations is the toxic Cane Toad. The Cane Toad was introduced to Australia in 1935 as a way of managing beetles in the sugar cane fields. However, this highly toxic toad has multiplied and is devastating wildlife. Its poison glands can kill its predators (although one crow has learned to eat it safely) and has proven to be fatal to species like the Mitchell’s Water Monitor Lizard which has now been classified at Critically Endangered. Bowles said:

Dining on the toxic cane toad has resulted in population declines of up to 97 percent in some areas.”

Reptiles are not the only group of animals at risk of extinction. Many of Australia’s mammal and bird species are also threatened and need conservationists help to bolster populations and protect species.