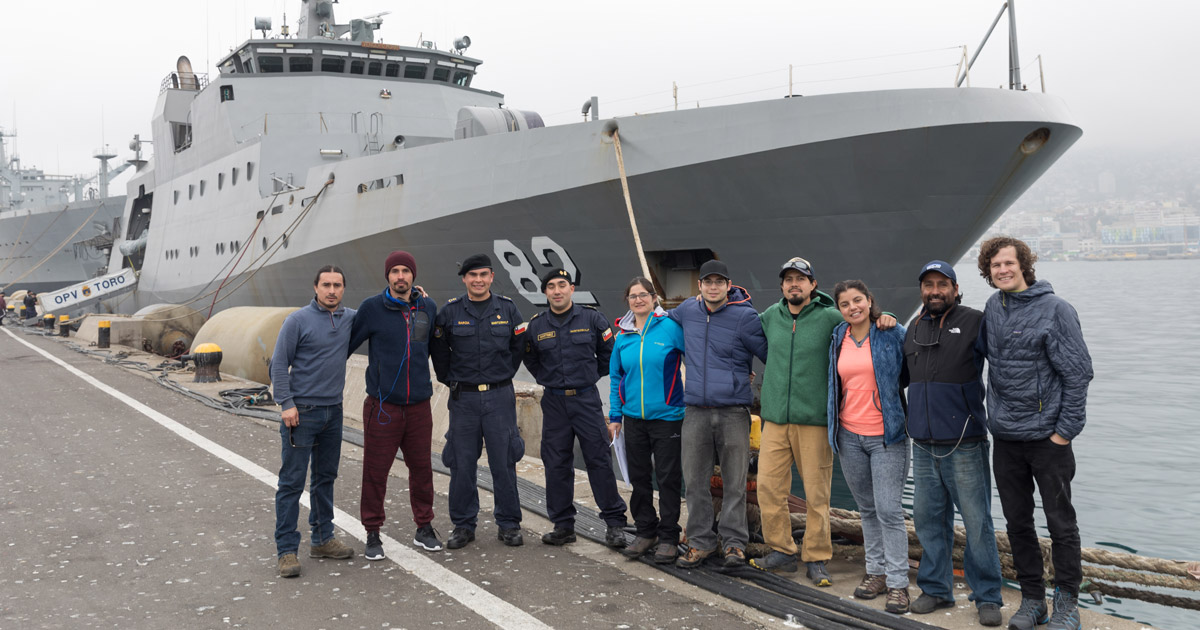 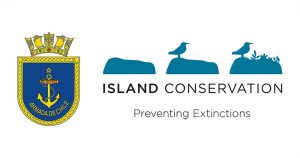 The Navy provided transportation, security, and logistical support for a scientific expedition dedicated to managing the threats faced by unique plants and animals on San Ambrosio Island, Chile.

With 10 scientists on board, Offshore Patrol Vessel (OPV) “Comandante Toro” departed from the Port of Valparaiso on August 27th. Three days later, the navy´s ship arrived at San Ambrosio Island, part of Las Desventuradas archipelago. The goal of the trip was to monitor the island´s terrestrial ecosystem. The trip was made possible thanks to the Chilean Navy’s support of Island Conservation, a nonprofit organization whose aims to protect the unique species of plants and animals located in the area of Nazca-Desventuradas, recently declared a Marine Park by the Chilean Government.

San Ambrosio Island, Chile is home to the world´s largest population of Masatierra Petrel also known as Defilippi’s Petrel (Pterodroma defilippiana), considered Vulnerable by IUCN and the Species Classification Regulations of the Ministry of Environment. This species plays a critical role in the movement of nutrients between terrestrial and marine ecosystems. The island is also a place were fishermen from the Juan Fernandez Archipelago practice artisanal fishing of the endemic lobster. Regarding this matter, fisherman Guillermo Martinez said:

Through the years, we have seen trees and bushes disappearing due to the presence of the invasive goat. We want to stop degradation and see the island restored.”

The expedition included seven members of Island Conservation, a volunteer from ESMI group (Ecology and Sustainable Management of Oceanic Islands), and two sailors. On island, the team was working to establish a baseline of the island’s native plants and animals by monitoring the terrestrial ecosystem, searching for remaining populations of the endemic tree Thamnoserislacerata and the endemic snail, recording any presence of exotic invasive species (goats, rodents, or others), removing the remaining population of goats, and collecting invertebrates with the purpose of making new scientific discoveries. 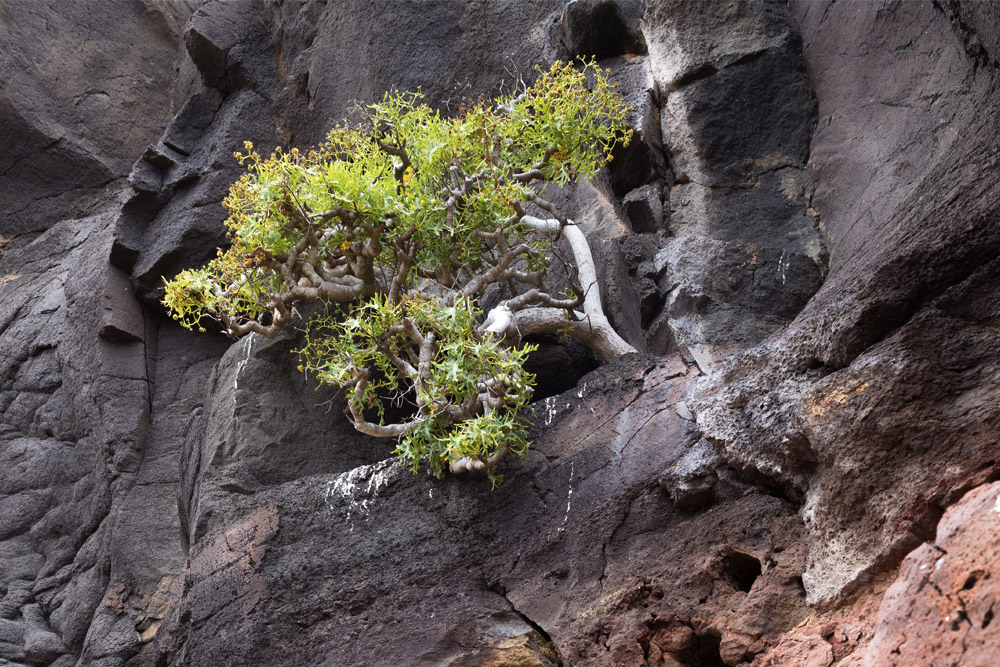 Navy personnel from Maritime Governance of Valparaiso supported the scientists in security and logistical tasks, and learned the techniques developed by the group in order to replicate them on other islands with navy facilities so that they may contribute to the preservation of ecosystems. 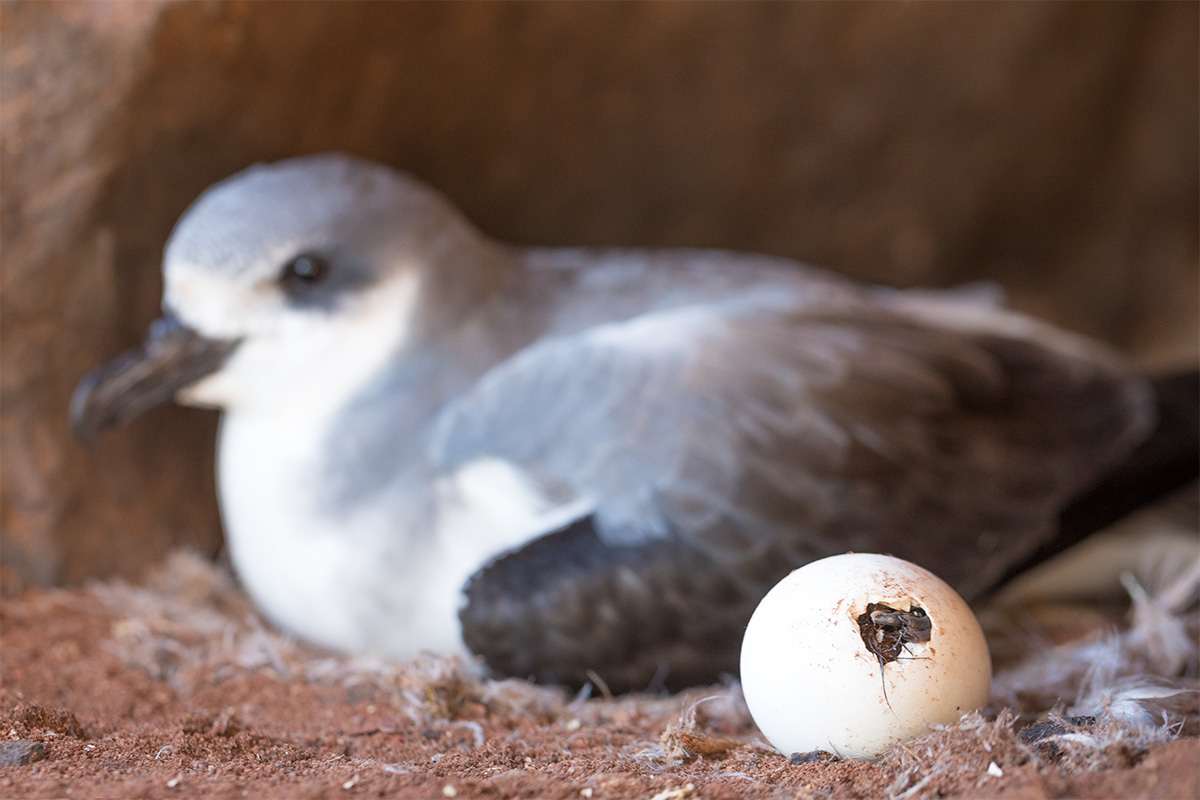 After two weeks of work, the team was able to locate two individuals of Thamnoseris lacerate and collected seeds that will be destined to INIA´s seed bank. Many snails were found in high elevation areas of the island, and the team collected insects and spiders for later classification and identification. The group found no evidence of a goat population and did not detect any other introduced mammals. The next stage of the work is data analysis, classification of species, and dissemination of results. Corporal Franco Martínez said:

I feel privileged of being part of this noble cause that Island Conservation pursues. This is a practically unknown island and it is very important to preserve this flora and fauna. We have learned many things about data collection, experience, hunting, trap installation, etc. The truth is that it was a very enriching experience.” 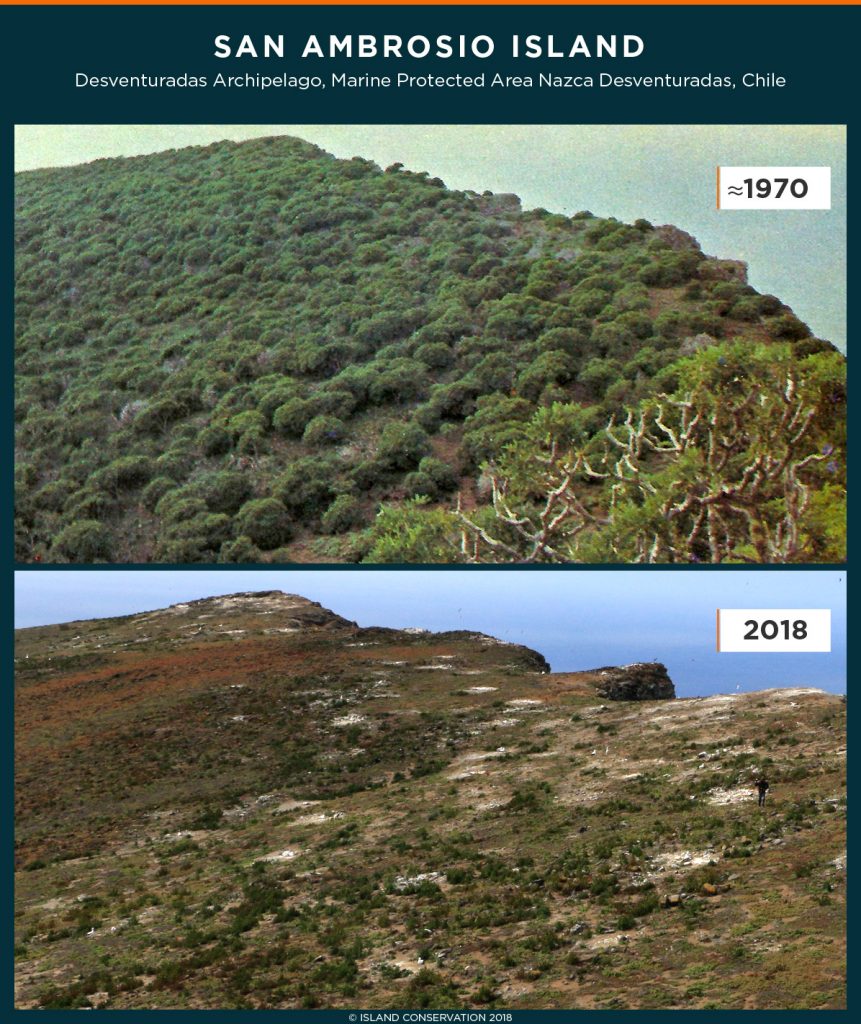 Invasive goats and rabbits drove native flora and fauna to the brink of collapse. Now free from invasive species, we are hopeful native species can recover.

The last scientific expedition on the island was led 70 years ago (1950), when the higher areas were explored to conduct a plant research. In 2011, a bird census was conducted but did not result in any quantification.

We thank the Chilean Navy for this great opportunity to learn more about San Ambrosio, where there is so little known by the scientific world. We are grateful the Navy is actively supporting the conservation of a unique Chilean island and the Chilean sea”, says Christian Lopez, Island Conservation Operations Manager.