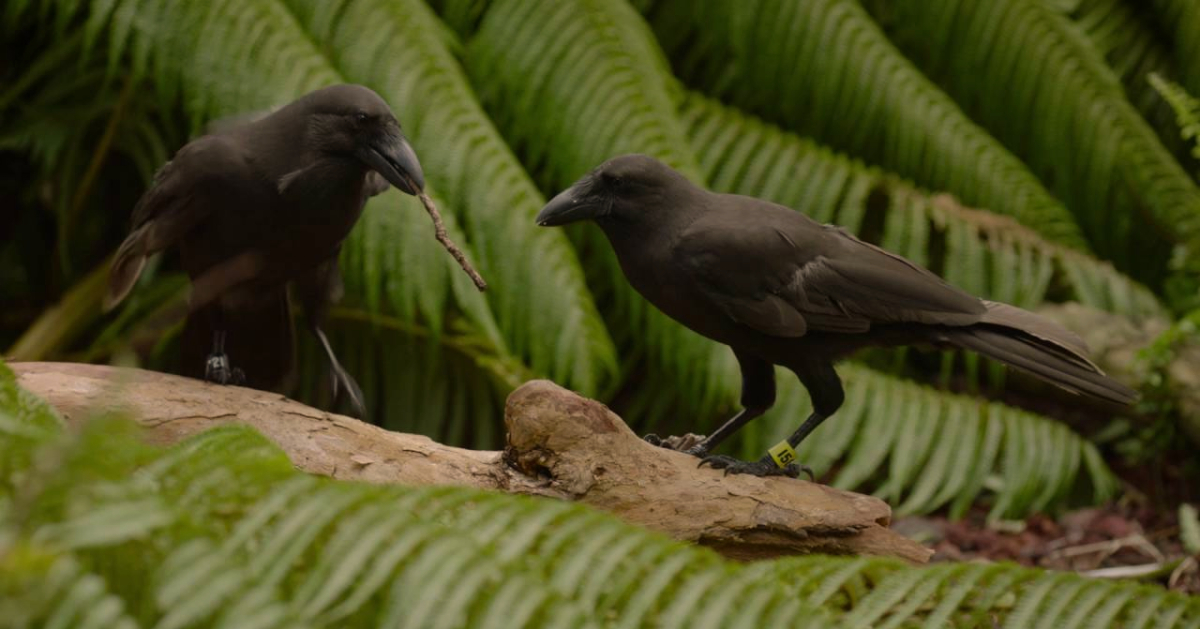 One year after the release of 11 Alalā to the Pu’u Maka’ala Natural Area Reserve, Hawaii conservationists have just released 5 more individuals.

Since 2002 the Hawaiian Crow also known as the Alalā has been considered Extinct in the Wild, but throughout this time conservationists have been working diligently to return the species from the brink of extinction. Conservationists from U.S. Fish and Wildlife Service, the state Department of Land and Natural Resources, and San Diego Zoo Global have spent the past decade and a half on a captive breeding program to bring the species back and now we are beginning to see the fruits of all this hard work. 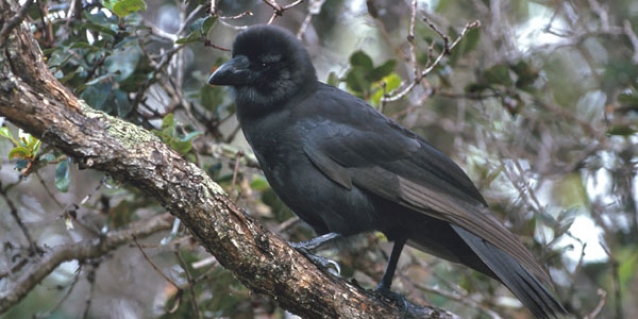 One year ago, 11 Alalā were released into the Pu’u Maka’ala Natural Area Reserve on the Big Island of Hawaii. This introduction was the first successful attempt to reintroduce the species and since then the birds have thrived. Recently conservationists were even amazed to see how these individuals faired during Hurricane Lane which passed over the island in September.

The five birds released Monday were observed foraging for native plants within an hour of leaving their aviary. The crows have undergone wild food training to help them survive, as well as anti-predator training to identify the sights and sounds of dangerous predators.”

The anti-predator training proved vital after the first release in early 2016 failed due to natural predation on two of the Alalā that had been released. Although the project still has a long way to go, conservationists are hopeful for the species and are seeing signs of success including courtship behavior in the wild population.