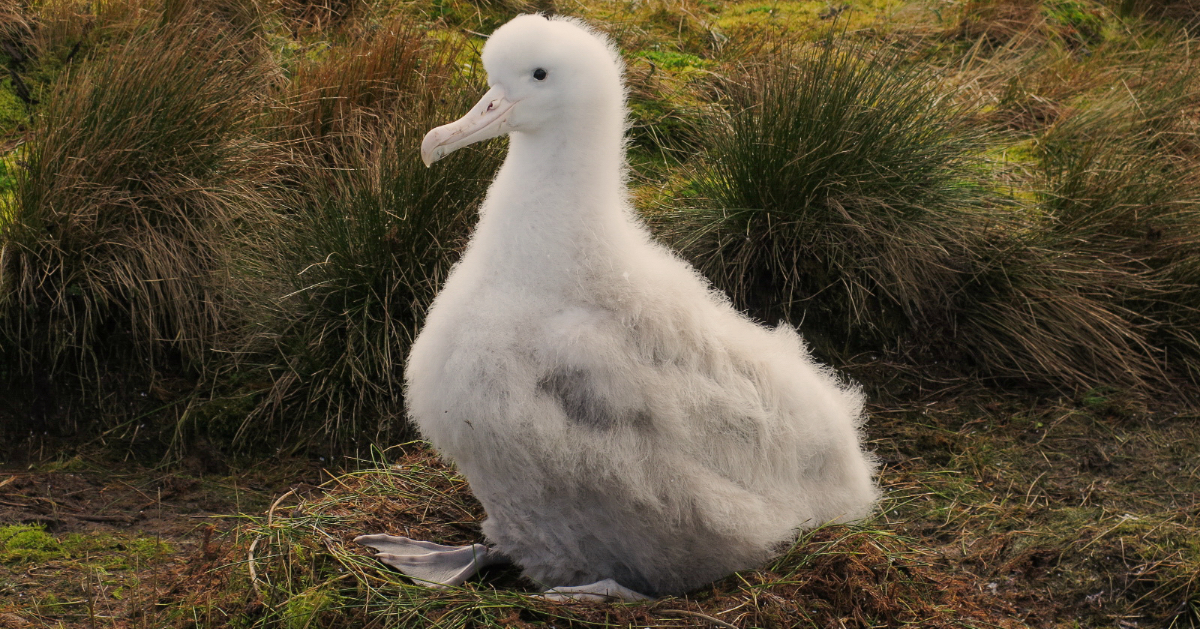 Island Conservation partners, Royal Society for the Protection of Birds (RSPB), recently completed an annual census of native Tristan Albatross on Gough Island and the results are grim.

The life of an albatross chick between the time when it hatches from the egg until it can eventually fly away isn’t particularly glorious. Hunkered down between wet grass on windswept islands in the southern oceans these chicks have to wait for their feathers to grow. They have to endure gale-force winds and driving rain, hail, and snow, and wait… not for a few days or weeks, but roughly for 8-9 months.

Sadly, many chicks do not survive that long. 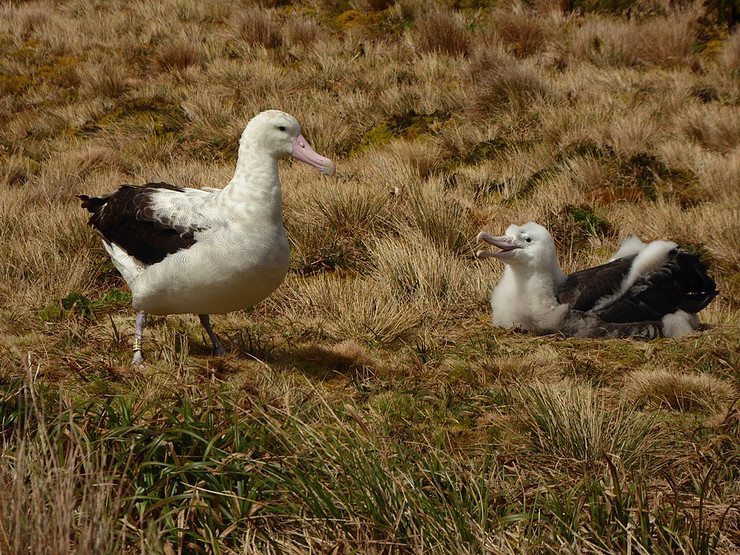 One of the survivors. A 5-month old Tristan Albatross chick begging for food (S.Oppel)

The inclement weather, however, isn’t the main culprit for dying Tristan albatross chicks on Gough Island in the South Atlantic. Invasive mice that were introduced by sailors have gradually learned to eat albatross chicks that are too young to to fly or run away. Every year, hundreds of albatross chicks are killed and eaten by mice.

The annual count of albatross chicks

Finding out just how many chicks survive every year is a key task of the Gough Island team. Twice each year, in January and September, the team hikes around the island and counts all Tristan albatrosses. In January adult birds are incubating eggs, and in September large chicks are counted. By comparing with January’s egg count, this provides data on the year’s success rate.

The RSPB team on a ridge, scanning the valley below for surviving albatross chicks (S.Oppel)

Tristan albatrosses breed in the upland valleys of Gough Island, and a census therefore requires extensive travel across mountainous and boggy terrain far away from any established trails. Because the weather on Gough can change rapidly, the team always carries survival gear to sit out ferocious storms in some remote valley.

Depressing results from the count in September 2018

After a glorious day on the 18th of September, when the team enjoyed blue skies and calm winds, it became apparent that 2018 was again a dismal year for albatross chicks. In valleys where dozens of albatrosses had been incubating eggs in February, only a handful of chicks remained. 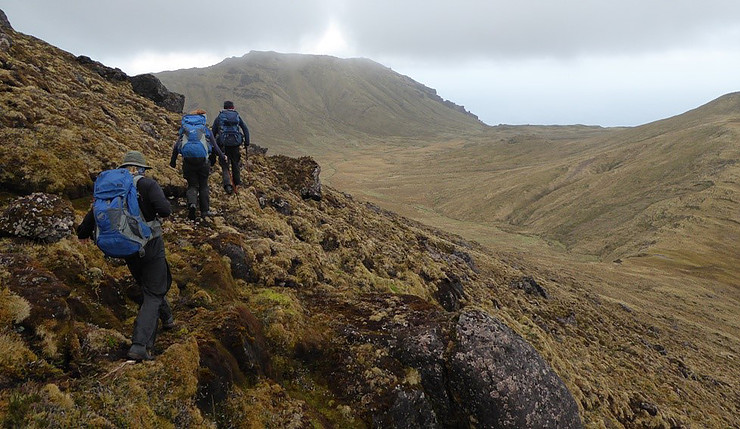 RSPB team hiking into the valley in which 43 chicks survived out of 146 nests (S.Oppel)

After a short break due to rain, strong winds, and thick clouds that rendered any survey impossible, the team resumed the surveys and completed a count of all surviving albatross chicks on the 26th of September. The results were bitter, and highlight how urgent mice need to be removed from Gough Island:

As long as 4 out of 5 Tristan albatross chicks perish before they have a chance to leave Gough Island, the decline of this Critically Endangered species is set to continue.