New Zealand Department of Conservation releases three Whio ducklings to add to the most successful breeding season on record.

The back of New Zealand’s $10 dollar bill features one of the island nation’s most threatened species, and no, it is not the beloved Kiwi, but rather the Blue Duck, also known as the Whio. The Endangered bird has an estimated population of fewer than 3,000 individuals, which makes it rarer than the Kiwi. Conservationists are working hard to save the Whio and bring it back from the brink of extinction. So far, it seems to be working.

The species could be on the upswing as conservationists are reporting a record breeding year at Mt. Taranaki on the west coast of New Zealand’s North Island. New Zealand Department of Conservation rangers just released three more male ducklings into the Waipuku Stream in early January, bringing the total to 56 releases in the eight surveyed rivers. 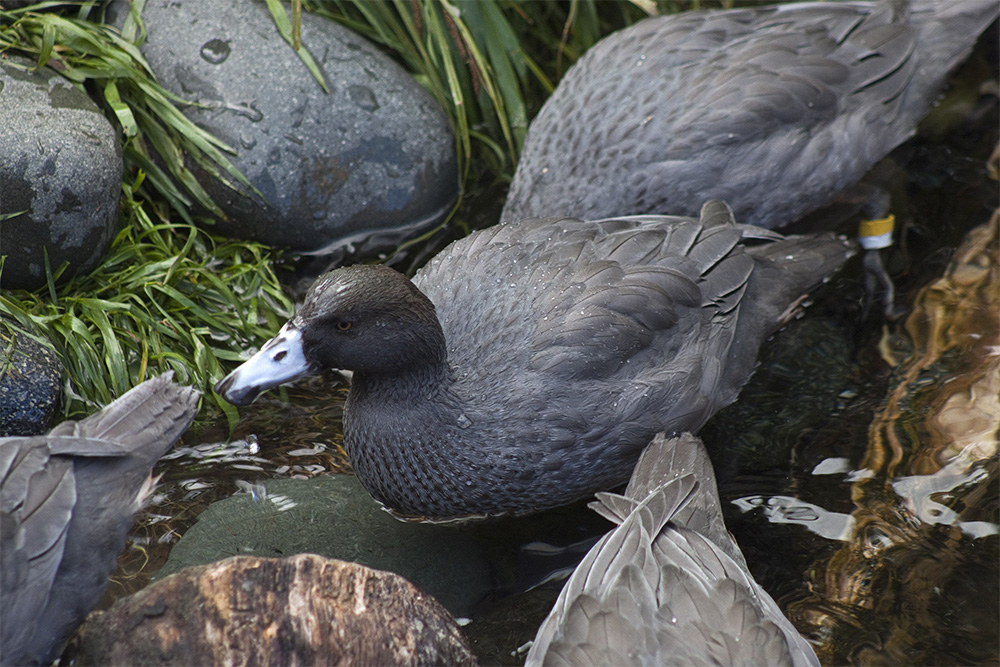 Although these numbers are promising, conservationists still see a larger problem ahead as Whio continue to be threatened by invasive predators such as rats and stoats. This is where New Zealand’s dedication to Predator Free 2050 offers hope. Sean Zieltjes Taranaki Mounga Project Manager commented:

Whio are particularly vulnerable during nesting time so it’s fantastic to hear we have a record number of chicks on Mt Taranaki this breeding season.

Conservationists are optimistic about the future of the species and hope that with increased conservation efforts the Whio could one day be downlisted, just as the Kiwi has recently been.