New Zealand’s endemic Blue Duck, also known as Whio, has been listed Endangered on the IUCN Red List since 2002 when it was up-listed from Vulnerable. Conservationists are working hard to protect the small population of these New Zealand native birds, and the efforts appear to be paying off.

In Kahurangi National Park on the South Island of New Zealand, there appears to be having an uptick in Whio population size after invasive species removal. Predation by invasive stoats contribute to 90% of nests failing, 60% of fledglings dying, and 50% of adult females dying when they are flightless during nesting. In order to protect the species, the park began an invasive species removal project in 2011 aimed at reducing stoat populations. 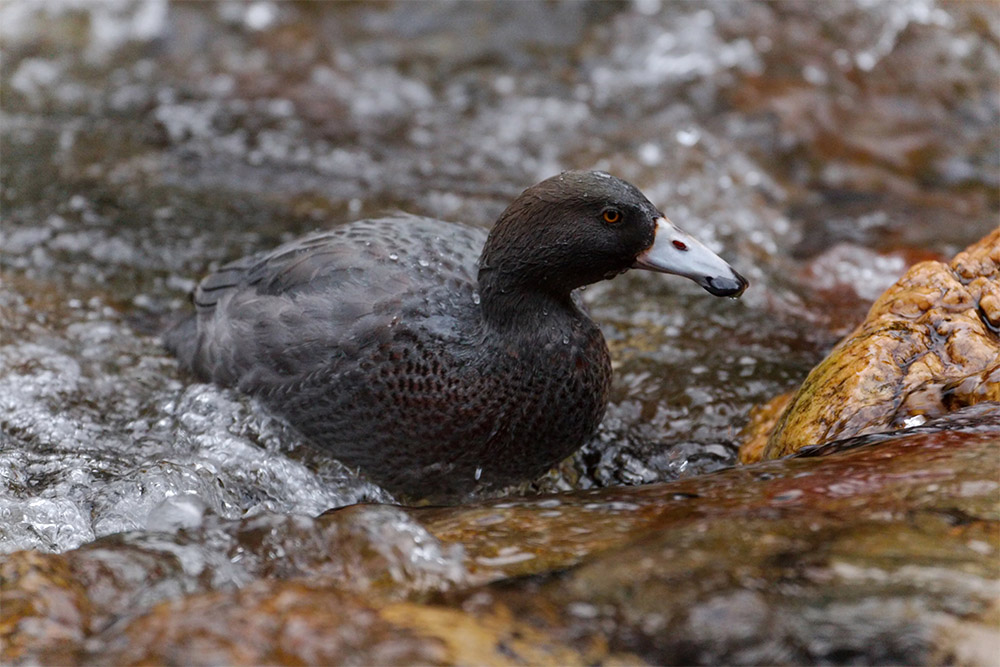 Since then the population has increased by 48% and a recent survey found 43 breeding pairs in only a small portion of their site.The 2012 and 2013 count only found 29 pairs, but now these birds are approaching a one pair per kilometer density which is close to full capacity for the territorial species.

Although these numbers show huge improvement and give hope for the recovery of the species, there is still work to be done. The Kahurangi National Park is one of eight locations set aside for Whio security, and the progress is clear.

The Whio is a precious species, featured on New Zealand’s $10 note and was recently featured in the latest report by the Parliamentary Commissioner for the Environment Dr. Jan Wright as a species in a “desperate situation.” The Department of Conservation and Genesis Energy in the Whio Forever Project are hopeful that with further invasive predator removal, the species will show even greater signs of recovery, and maybe a down-listing by IUCN.