Tonight we’re headed over to one Kayangel’s neighboring atolls to search for rodents. The three smaller islands are supposed to be rat free after a successful project to remove them in 2012, but there is always the concern that a rat could be introduced by a tourist boat or even a local boat from the main island. There was a rumor that someone saw a rat on the island so we wanted to have a look. 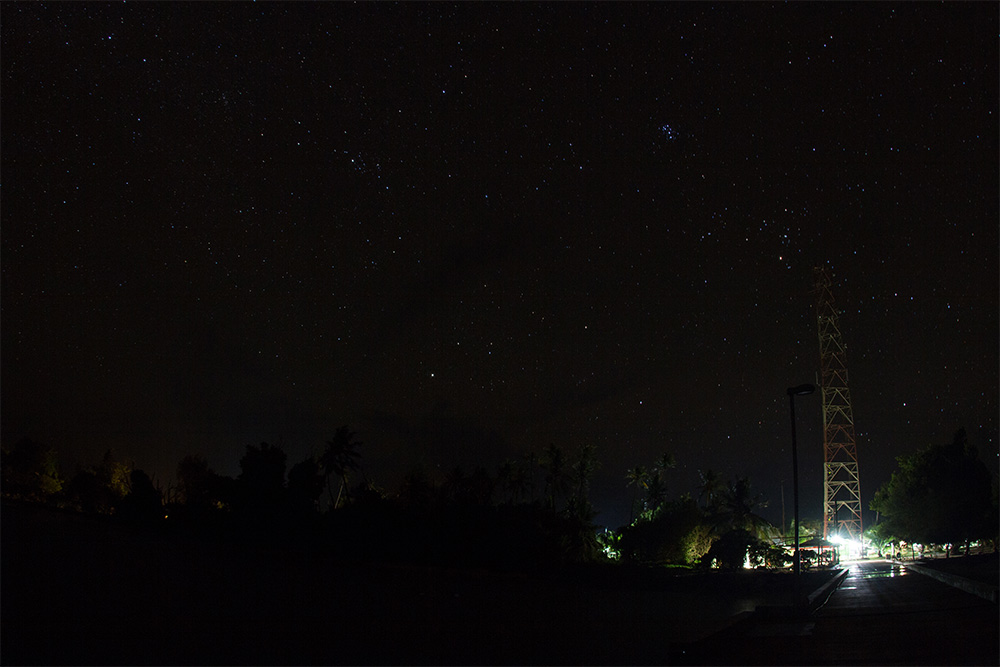 After dark, which is when rodents become active, as we are loading up the boat with spotlights, I notice Lazarus, the conservation officer on the island, has a 10-foot long metal spear and neatly coiled rope. I ask one of the younger guys, a ranger, what it is all about and his response takes me by surprise:

“He is hunting for the crocodile. It came here but we scared it away, now it’s on Ngarebelas, the other island, where it can eat more birds.”

Apparently saltwater crocs venture up from mainland Palau from time to time, and apparently, they are eaten. I can’t stop thinking about the concept of hunting a crocodile as we motor across the lagoon under the brilliant starry night. I notice bright glowing spots flashing in the water and through our boat wake—bioluminescence. Palau never stops impressing.

We make it to the narrow beach where water was rushing over from both sides. The tide is high, meaning the waves from the ocean side meet with the waves from the lagoon side in the middle of the beach. If this sounds confusing to read imagine it is even more disorienting in the darkness trying to figure out how to get up onto the island.

I ask Lazarus later if there is any sign of impact from the sea level rise. He tells me that he used to have a small summer house on the beach but he kept having to move it back, further and further into the forest because the waves kept washing up into his house. He then says the whole thing disappeared in the big Typhoon in 2013. He explains that now the ocean is still rising and taking the sand all the way up to the forest.

We survey the forest with our spotlights, looking for the telltale red eyeshine of a rat. Thankfully we do not see any, but we do find signs of a healthy island ecosystem. Exploring a tropical forest at night always provides a whole different perspective of the island. Typically we do a much more comprehensive survey when assessing the presence of rodents–this would require a bunch of detection tools and several days, neither of which we have on this trip, I’ll have to follow up next time. 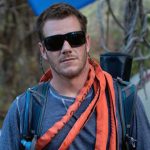