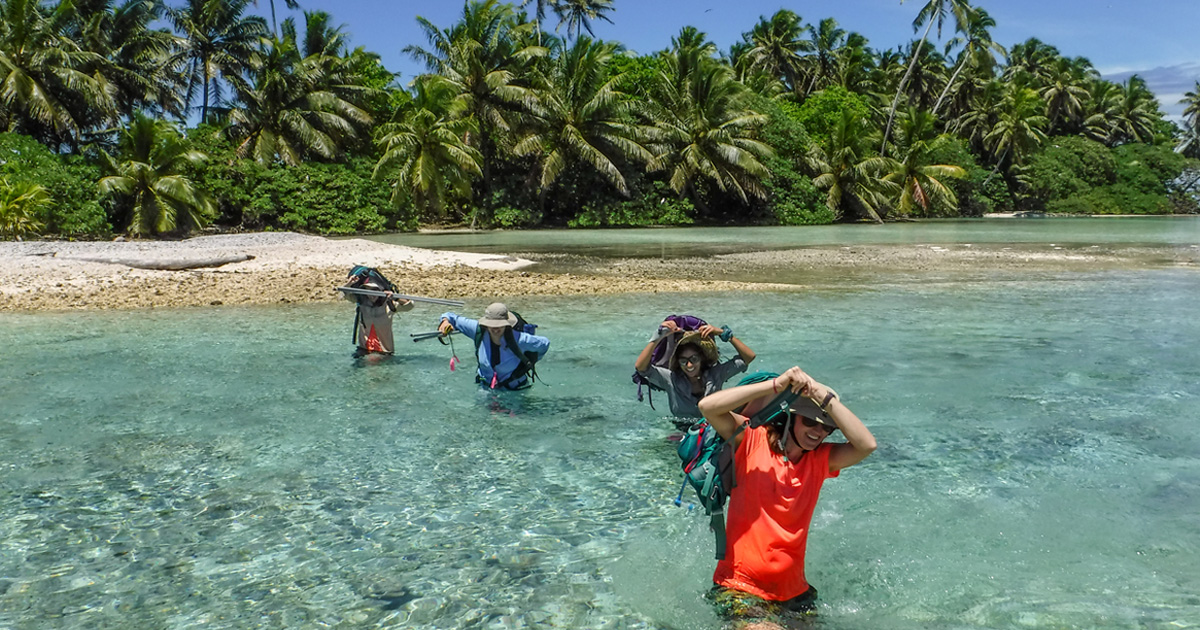 Five years after the removal of invasive rats form Palmyra Atoll, researchers immediately started seeing signs of recovery with seedlings sprouting across the island. In 2016, a team led by Island Conservation’s Coral Wolf set off to monitor the recovery. The results she found were astounding. Native Pisonia grandis, as well as other native plants, were not just surviving but thriving with a 5000% increase in vegetation recruitment.

The Science is In: Coral Reefs Thrive Near Rat-Free Islands

“The results of this study are clear. Rat eradication should be a high conservation priority on oceanic islands. Getting rid of the rats would be likely to benefit terrestrial ecosystems and enhance coral reef productivity and functioning by restoring seabird derived nutrient subsidies from large areas of ocean. It could tip the balance for the future survival of these reefs and their ecosystems.”

The Royal Society for the Protection of Birds (RSPB) published new findings from Gough Island where predation by invasive mice is causing two million fewer seabird eggs and checks every year. Luckily, Island Conservation, RSPB, Tristan da Cunha, and partners are working together to prevent the extinction of these threatened seabirds by removing invasive mice.

Keep up to date on all the latest news year-round by signing up for the Island Conservation Newsletter.

Featured photo: Coral Wolf and her team of researchers trudge through the waters of Palmyra Atoll. Credit: Island Conservation