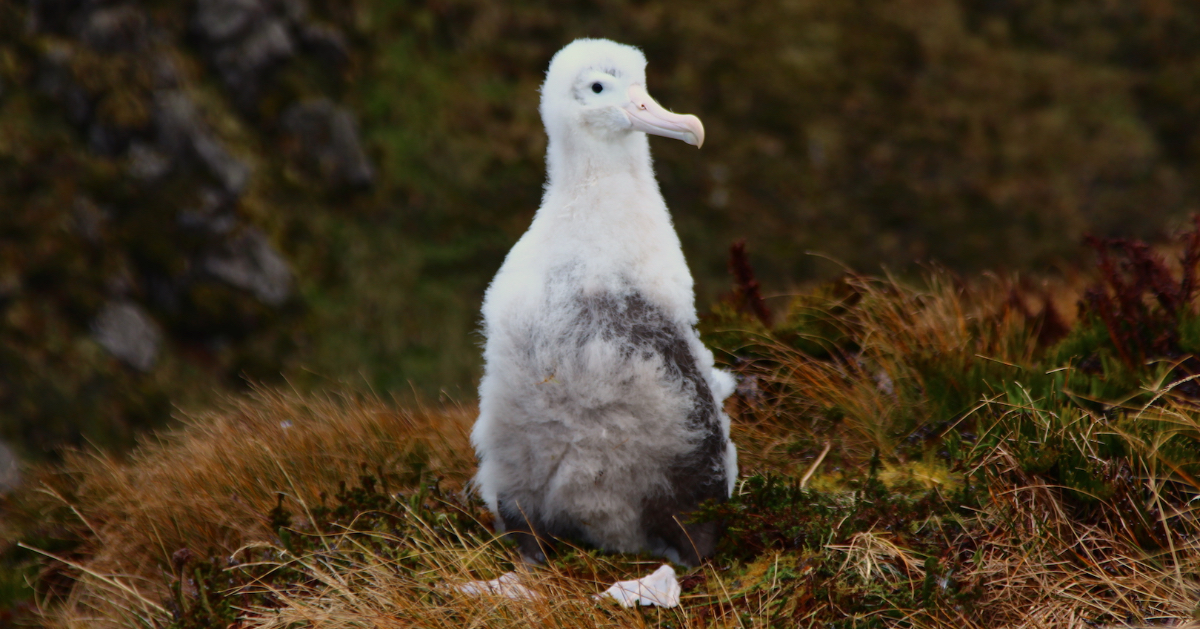 Invasive mice on Midway Atoll, Gough Island, and Marion Island have all begun to attack native albatross. In July 2020, Island Conservation and our partners will remove these predatory, invasive mice from Midway but we need your help!

New research shows that mice are eating seabird chicks at an alarming rate, resulting in two million fewer seabird eggs and chicks on a single UK island each year and putting some seabird species at the risk of extinction.

The study, supported by the RSPB, found that the number of chicks and eggs surviving on Gough is much lower than it would be if mice were absent. This environmental catastrophe threatens albatrosses and petrels with extinction.

Mice were accidentally introduced by sailors to the remote Gough Island during the 19th century. Now, over 100 years later mice have colonised the entire island, and evolved to be 50% larger than the average house mouse. They have learned to eat the eggs and chicks of the island’s once abundant birds. 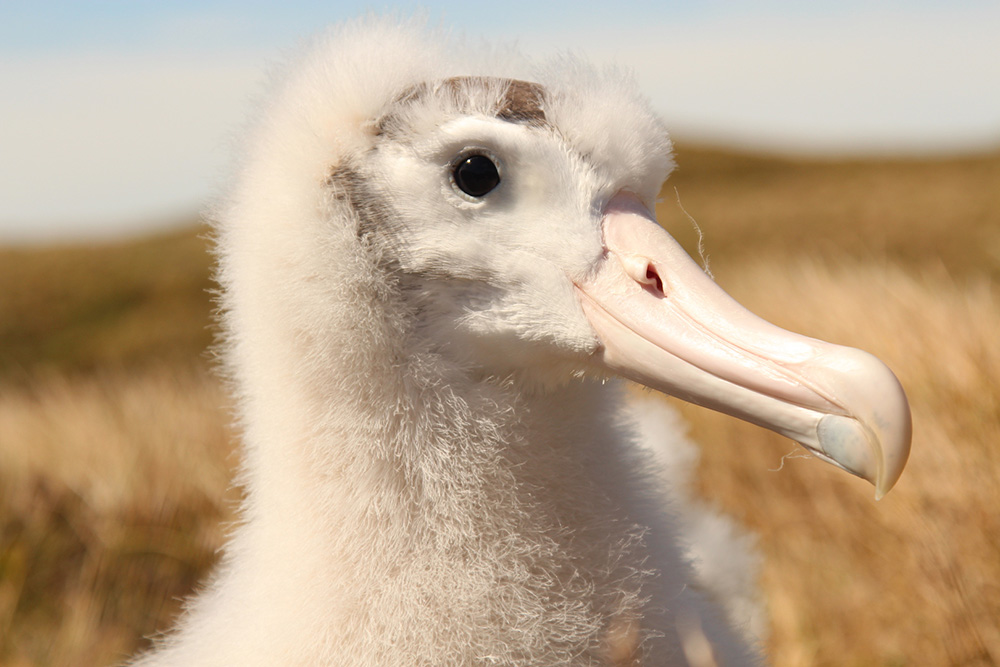 The island, a World Heritage Site in the South Atlantic is considered one of the most important seabird colonies in the world, hosting more than ten million birds. There are 24 species of bird that nest on the island, 22 of which are seabirds.

Author Dr Alex Bond said, “We knew there were large numbers of chicks and eggs being eaten each year but the actual number being taken by the mice is just staggering. The seabirds of Gough Island desperately need our help.” 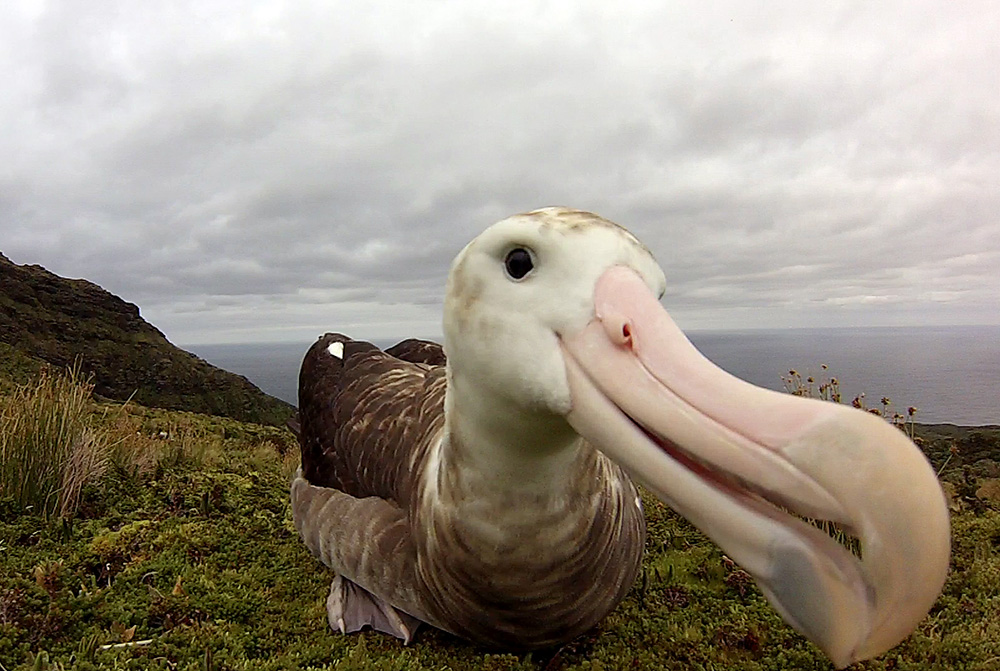 Video cameras placed alongside nests have revealed what happens at the nests. The mice, in groups of up to nine, eat the chicks alive. Albatrosses mate for life, producing just one egg every other year, and parents have been observed returning from a fishing trip to find their chick dead in the nest.

John Kelly, RSPB manager for the Gough Island mouse eradication, said “The RSPB and Tristan da Cunha Island Council have developed an ambitious plan to save the seabirds of Gough Island. The results of this study are a powerful reminder of why we’ve taken this challenge on, to restore the island to its former glory and prevent the future deaths of millions of seabirds.” 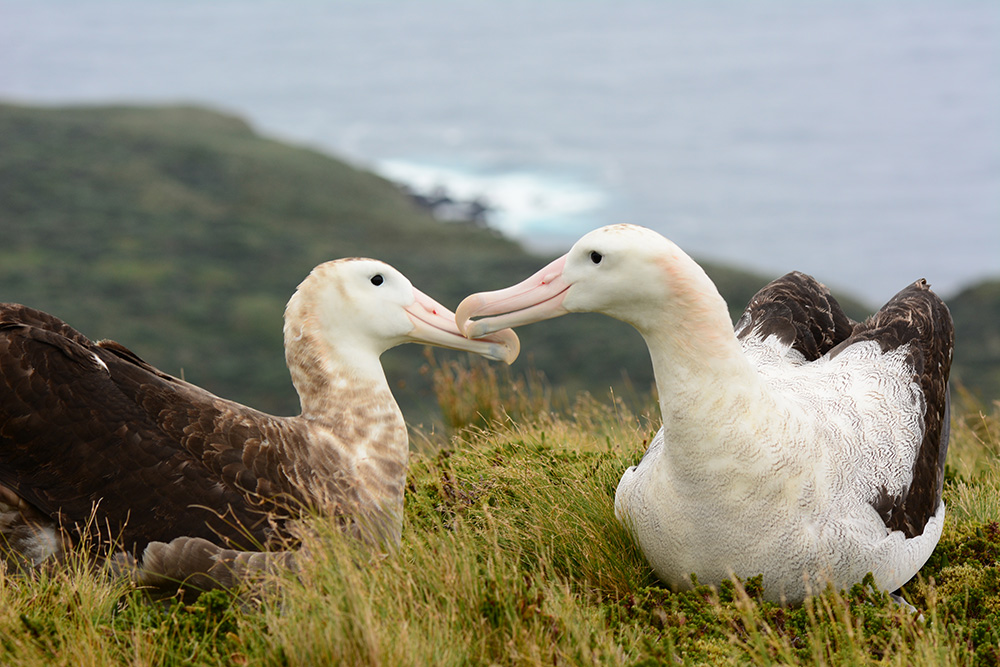 The RSPB and Tristan da Cunha government, together with international partners including Island Conservation from the USA and the Department of Environmental Affairs in South Africa, have developed The Gough Island Restoration Programme. Not letting the challenges of working on one of the world’s most remote islands get in the way, the Gough team are planning to eradicate mice from Gough Island in 2020 to stop this disaster once and for all.

Anthony Caravaggi, lead author and researcher at University College Cork and Queen’s University Belfast said, “We usually think of rats as problem rodents on islands but this shows that house mice can have catastrophic impacts all on their own. If we don’t remove the mice from the island then we’re going to lose several unique species and an important island for breeding seabirds.”

Ian Lavarello, Chief Islander, Tristan da Cunha said, “We have a unique opportunity to save Gough Island and the species that make their home there. If we do nothing, we will eventually lose this amazing South Atlantic seabird mega-colony and its contribution to the world’s oceans will cease. With dedication and rigorous planning, success is possible. Monumental programmes such as this are not without their challenges but the rewards for global conservation are great.”

Defra Minister for non-native species, Lord Gardiner, said, “This study highlights the need for urgent action if we are to save the iconic seabirds of Gough Island. That is why we support RSPB in this project and why we are taking action to tackle the threat posed by non-native invasive species in our overseas territories.”

Invasive mice on Midway Atoll pose the very same threat to the world’s largest Laysan Albatross colony. In July 2020, Island Conservation and our partners will remove this threat, but only if we raise the final $1 million necessary to complete the project. You can help! Donate today!

Photographs and radio interviews can be downloaded at https://www.dropbox.com/sh/feoc79psfpae1m1/AAAlOgTZQcwfmWdlSJdwcDEha?dl=0