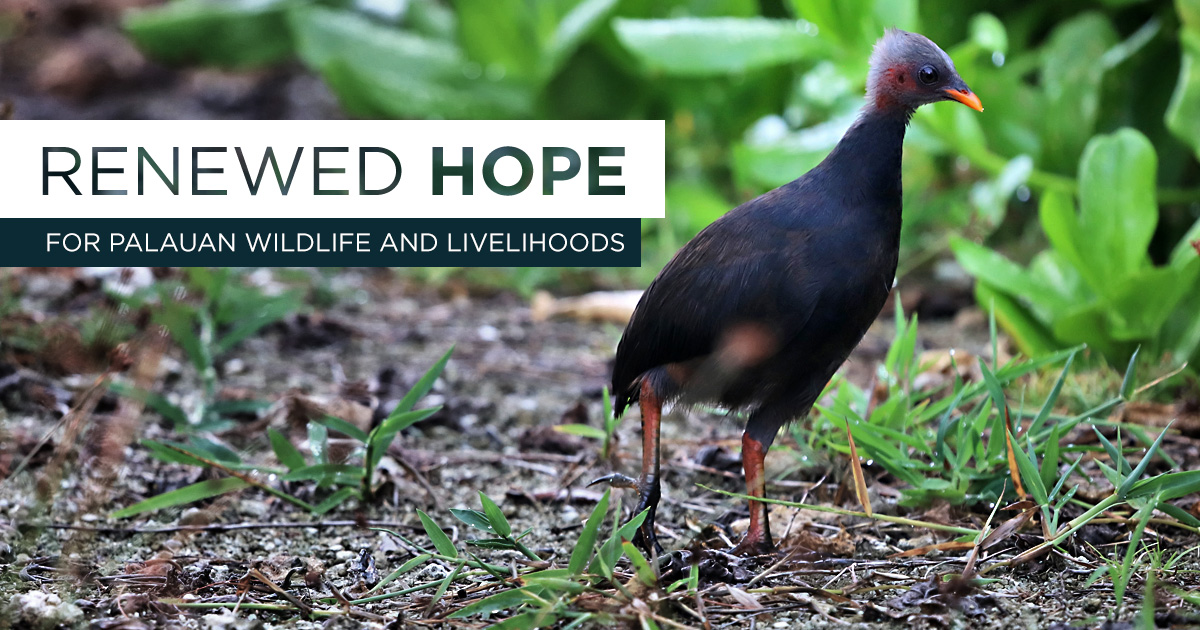 If successful, this will be the first inhabited island within Palau to be cleared of rats.

Residents of Kayangel Atoll in the Pacific nation of Palau are looking forward to a healthier ecosystem and increased food production following an operation to remove damaging, introduced (invasive) rats from the island. At-risk wildlife, including the Micronesian Scrubfowl (Megapodius laperouse; Endangered), Palau Flying Fox (Pteropus pelewensis; found only in Palau), and the Hawksbill Sea Turtle (Eretmochelys imbricate; Critically Endangered), is also expected to benefit.

The project was completed over March and April 2018 by a partnership consisting of the Kayangel community, Palau Conservation Society, the Kayangel State Government, BirdLife International, and Island Conservation, with support from the Kayangel Protected Area Network State rangers and other Palauan states. The outcome of this conservation intervention will be confirmed in 2019. 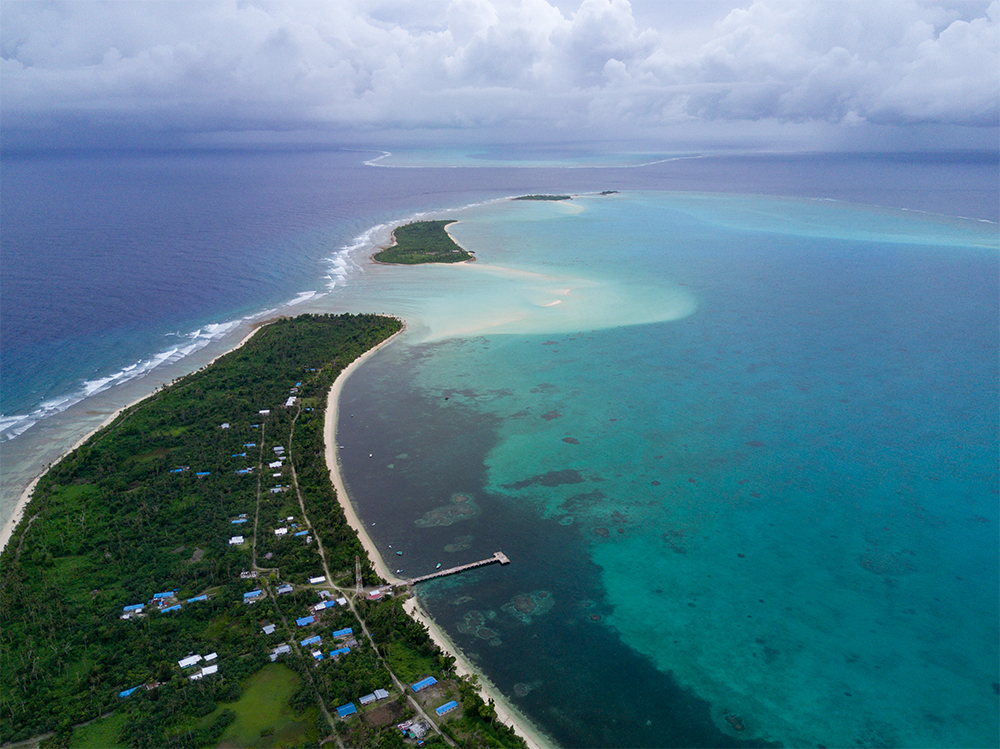 Heather Ketebengang from Palau Conservation Society said, “Palauans have long shared the land and waters with native plants and wildlife. Invasive rats disrupted this natural balance. Hopes are high for the future of Kayangel.”

Kayangel is just one of the several hundred islands that make up the nation of Palau, but one of the country’s only two atolls. The island is home to about 60 people and supports a wealth of birds, reptiles, and marine life.

Residents of Kayangel encountered a serious problem after a shipwreck in the late 1980’s. Introduced rats began to proliferate at an alarming rate, causing severe damage to important crops, including corn, taro, and coconut, by consuming or spoiling them before they could be harvested. A major storm in 2014 exacerbated these impacts. Rats also contaminated water supplies, increasing the threat of waterborne rodent-related diseases.

Ungilreng Takawo, Kayangel Island’s Matriarch said, “The presence of rats on the island caused many challenges for agriculture. The rats damaged our crops such as bananas, sweet potatoes, and corn. We welcome this project, and if successful, it will allow the local people to grow the crops they wish to grow.” 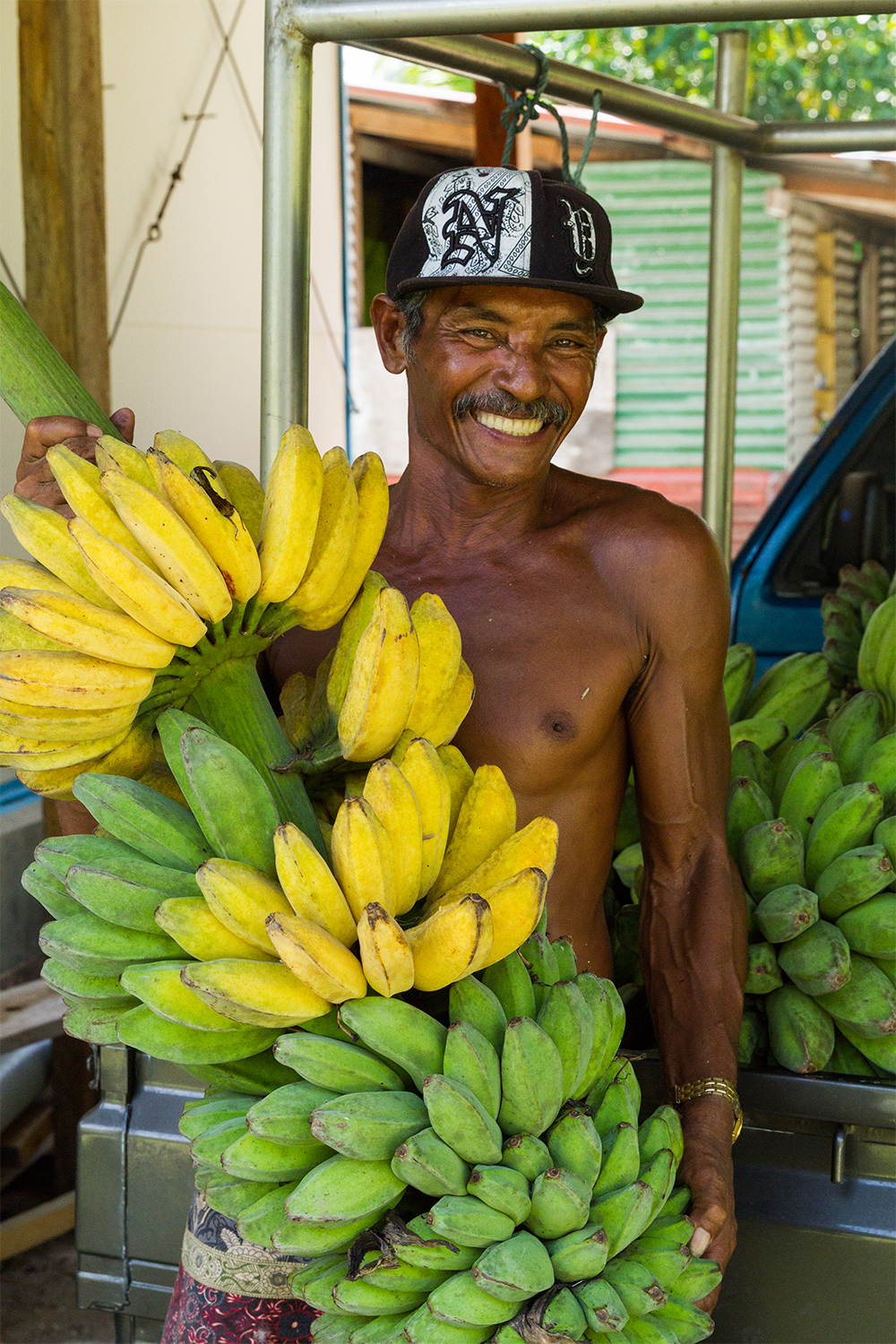 Undertaking the removal of invasive rats was a mammoth effort requiring the team to establish more than 45 kilometers of trails across which bait was spread. It is critical that bait is available to every invasive rat on the island for the project to be successful. The team also worked closely with the Kayangel community to eliminate alternative food sources for invasive rats.

Steve Cranwell, Pacific Programme Manager at BirdLife International said, “Given this investment, we are optimistic that Kayangel will once again be rat free and will remain so, restoring harmony between the natural environment, livelihoods, and cultural identity on the island.”

Kayangel Island is a stronghold for the Endangered, ground-nesting Micronesian Scrubfowl (also known as Micronesian Megapode). These incredible birds are superprecocial, meaning they hatch from their eggs in a mature state and can run and fly on the same day they enter the world. This threatened bird is found only in Palau and the Northern Mariana Islands. On Kayangel, invasive rats are a primary threat to the scrubfowl. They prey on scrubfowl eggs and chicks and compete for resources. The eggs and young of the Critically Endangered Hawksbill Turtle and the Endangered Green Sea Turtles that nest on Kayangel’s beaches are also vulnerable.

Tommy Hall, Project Manager at Island Conservation said, “It has been a privilege to work closely with the Kayangel community on this project. In the absence of invasive rats, native plants and animals will be able to naturally recover. We look forward to seeing the recovery of native species that have been struggling under the impacts of invasive rats. The Micronesian Scrubfowl will once again have a chance to thrive.”

In 2012, Palau Conservation Society and BirdLife International successfully removed invasive rats from three nearby, uninhabited islets. Today, these islets are now teeming with wildlife and provide a glimpse of what Kayangel might become. 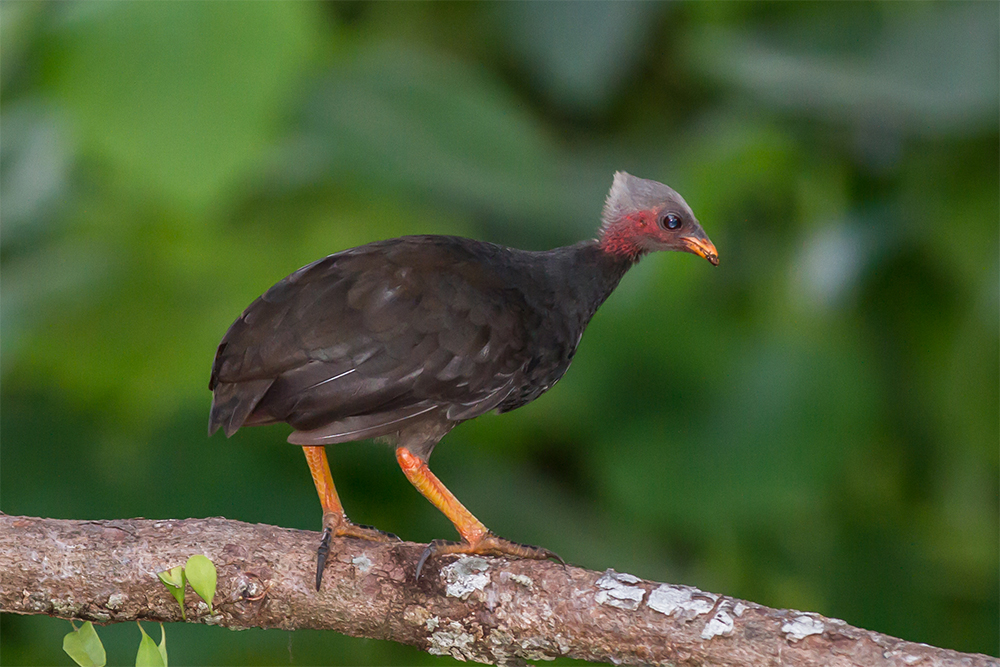 For an island that is at risk of tropical storms and already seeing the repercussions of climate change, every effort to improve food security and support ecological integrity is critically important. Kayangel has a narrow margin of error; the community members operate in a delicate balance with nature and cannot afford to lose resources to invasive species. To support continued ecological health and thriving livelihoods, this project developed capacity for future island restoration and biosecurity work in Palau.

Funding for this work was provided by the U.S. Fish and Wildlife Service Coastal Conservation Fund, Island Conservation, T/Gear Trust, and BirdLife International. 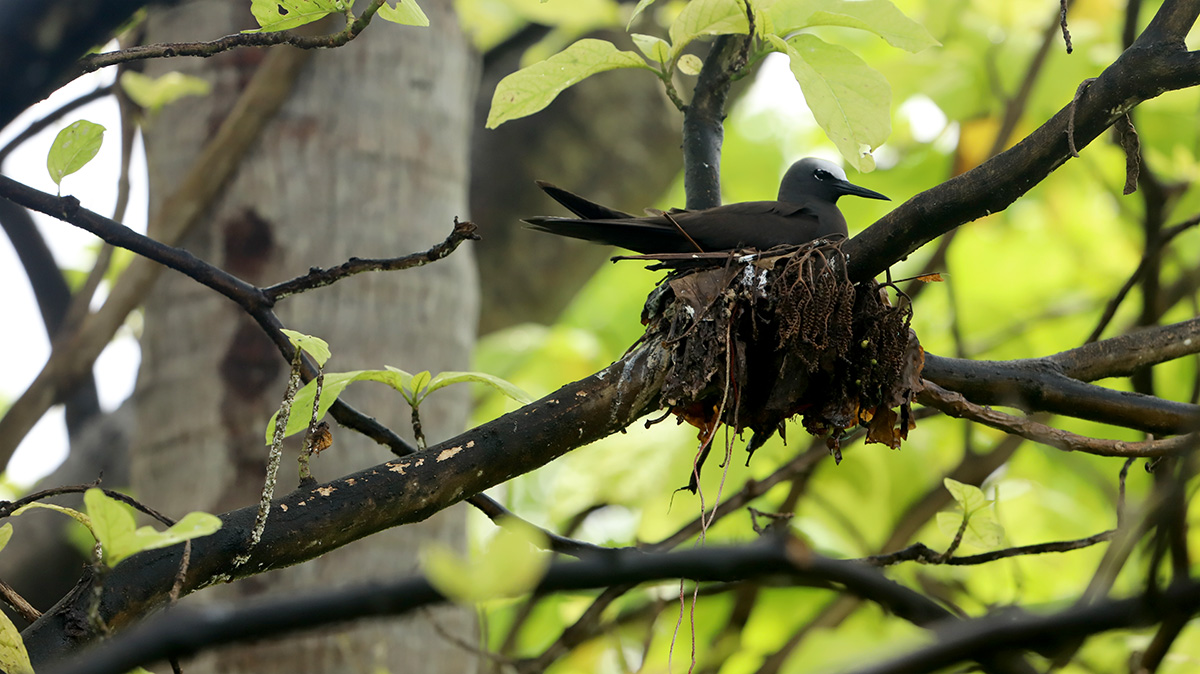 An important project for global biodiversity

The Kayangel restoration project represents a strategic undertaking in the effort to protect global biodiversity. Forty-one percent of the world’s most highly threatened vertebrates are found on islands, with invasive species introduced to islands being a leading cause of extinction. Removing invasive species from islands like Kayangel is an effective and proven way to save our world’s most vulnerable species. To date, there have been more than 400 successful projects to remove invasive rodents from islands. The pace, scale, and complexity of these efforts are increasing in recognition of the threat invasive species pose to biodiversity.

Palau Conservation Society (PCS; BirdLife Partner in Palau) was formed in 1994, the same year that Palau became independent. In the face of mounting development pressures, a group of 10 visionary leaders established the Palau Conservation Society to ensure sustainable growth. Starting with species-based educational programs, PCS has expanded to address issues from local concerns to global changes. PCS celebrates its anniversary every year on June 14, the annual “Palau Conservation Day.” Our mission is to work with the community to preserve the nation’s unique natural environment and perpetuate its conservation ethic for the economic and social benefit of present and future generations of Palauans and for the enjoyment and education of all. Our vision is “Healthy Ecosystems for a Healthy Palau.”

BirdLife International is a global partnership of conservation organisations (NGOs) that strives to conserve birds, their habitats and global biodiversity, working with people towards sustainability in the use of natural resources. Together we are 121 BirdLife Partners worldwide – one per country or territory – and growing. We are driven by our belief that local people, working for nature in their own places but connected nationally and internationally through our global Partnership, are the key to sustaining all life on this planet. This unique local-to-global approach delivers high impact and long-term conservation for the benefit of nature and people.

BirdLife is widely recognised as the world leader in bird conservation. Rigorous science informed by practical feedback from projects on the ground in important sites and habitats enables us to implement successful conservation programmes for birds and all nature. Our actions are providing both practical and sustainable solutions significantly benefiting nature and people.

Island Conservation is the only global, not-for-profit conservation organization whose mission is to prevent extinctions by removing invasive species from islands. We work where the concentration of both biodiversity and species extinction is greatest – islands. Removing a primary threat – introduced invasive vertebrates – is one of the most critical interventions for saving threatened plants and animals and restoring island ecosystems. Once invasive species are removed, native island species and ecosystems can recover, often with little additional intervention. Since 1994, IC and partners have successfully restored 60 islands worldwide, benefiting 1090 populations of 399 species and subspecies. IC is headquartered in Santa Cruz, CA with field offices in Australia, the Bahamas, British Columbia, Chile, Ecuador, Hawai’i, New Zealand, Palau, and Puerto Rico.