High in the sub-alpine bogs of the Snowy Mountains lives one of Australia’s most striking and rare species, the Southern Corroboree Frog. This poisonous frog is endemic to Australia and only lives in Kosciuszko National Park. This species used to be abundant but now only 50 of these frogs are left in the wild and they are considered Critically Endangered. 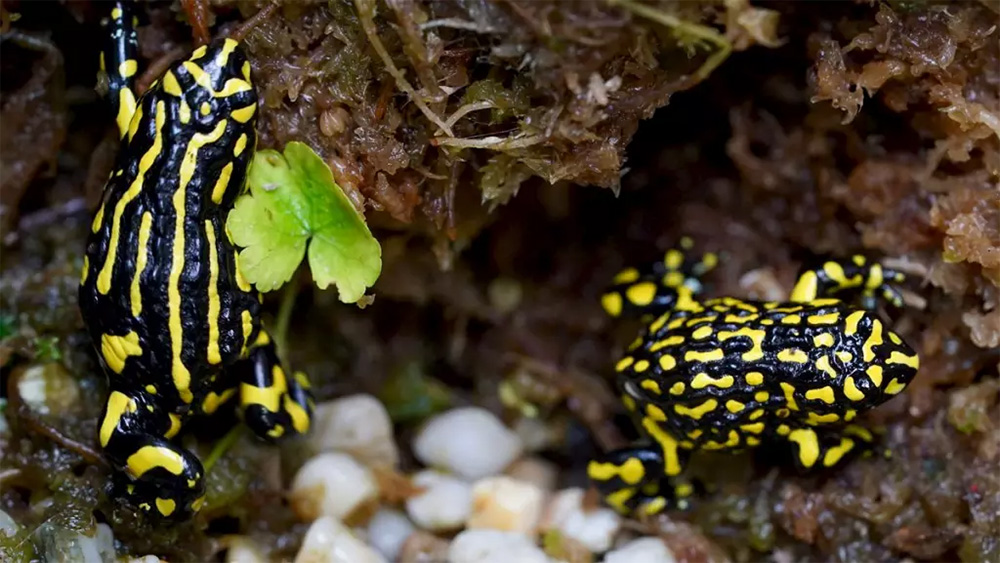 The Southern Corroboree Frog secretes a poisonous alkaloid from its skin which is toxic to predators. Credit: Rick Hammond

However, things are about to change with the release of about 1000 captive bred Southern Corroboree Frog eggs into Kosciuszko National Park. The eggs were delivered to Australia’s highest mountain from Melbourne where they were bred by Zoos Victoria. Zoos Victoria herpetofauna expert Deon Gilbert commented that the frogs went rapidly from very common to Critically Endangered due to the arrival of amphibian chytrid fungus. This fungus infects amphibians with Chytridiomycosis, an infectious disease that leads to death, decimating populations. Another threat to the Southern Corroboree Frog is the planting of invasive species like the Willow Tree. In the Snowy Mountains willows have spread, putting important breeding sites at risk. Invasive feral pigs also damage important habitat and put the Southern Corroboree Frog at risk.

Luckily, in the 1990s herpetologists saw the population declining and rushed to collect frog eggs for captive breeding programs. The eggs contained enough genetic diversity to build up a viable population at zoos, and this effort has produced enough eggs to release into the wild. Zoos Victoria started releasing some of the eggs in 2011 and has done so every year since. As a result of the program,  Gilbert says he now has high hopes the species will once again have a stable wild population. He commented:

The Southern Corroboree Frog program is right up there amongst conservation stories. Without it, the frogs would almost certainly be extinct. 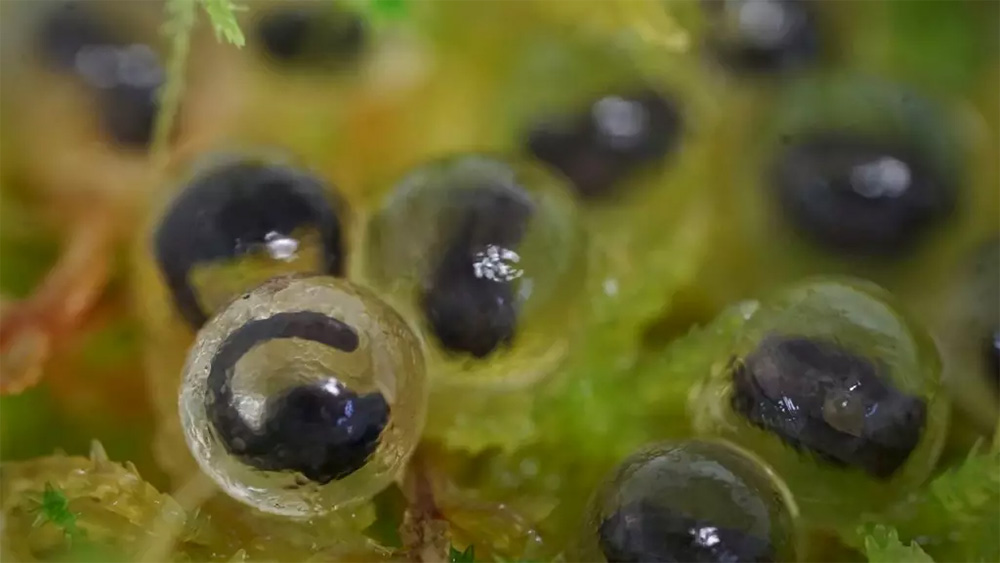 The tadpoles from the Southern Corroboree Frog will soon hatch in the wild. Credit: Rick Hammond

Frogs are very important to their native environments but are often one of the first species to be lost from an ecosystem due to their extreme sensitivity to environmental change, pollution, invasive species and disease. Conservationists saw that the Australian Southern Corroboree Frog was at risk of extinction and have acted quickly and thoroughly to make sure this species is not lost . Hopefully this will be one of many conservation plans that Australia makes to protect their endemic species from extinction.