Invasive species are a primary driver of extinction on islands, but proven methods are available to address this problem.

Island Conservation is an international non-profit whose mission is to prevent extinctions by removing invasive species from islands. To date, we have successfully restored 63 islands worldwide, benefiting 1173 populations of 468 species and subspecies.

Removing an invasive species population is like hitting an island’s reset button. The presence of invasive species on islands throws off the ecological balances that have formed over millions of years. Invasive rats, for example, prey on native wildlife, reducing their numbers. Islands are a special case—because their scope is limited it is possible to remove every last invasive individual. It is crucial to remove the entire population or else there is a risk or repopulation.

Once the invasive species are removed, the native plants and wildlife can begin to recover and resume their usual behaviors and interactions.

The islands of Choros, Damas, and Chañaral, which make up the Humboldt Penguin National Reserve, are home to 80% of the world’s Vulnerable Humboldt Penguin (Spheniscus humboldti) population and were once home to 100,000 pairs of Endangered Peruvian Diving-petrel (Pelecanoides garnotii).

For millennia, the region’s seabirds and sensitive desert plants thrived together, but everything changed early in the 20th century when the European Rabbit was introduced to Choros and Chañaral islands. Invasive rabbits denuded the islands of shrubs and delicate herbaceous plants, occupied diving-petrel nests, and ate the cactus species that provided shaded nest sites for penguin chicks.

Chile’s National Forestry Corporation, in collaboration with Island Conservation, began a project to remove invasive rabbits from Choros and Chañaral Islands to restore the conditions needed to support native species and the eco-tourism industry built around them. The project was a success, and today there are signs of a healthy ecosystem resurging: barren landscapes have been replaced by fields of flowers and 16 species of plants never before recorded on the island have been identified – including three species never seen before in the Reserve. 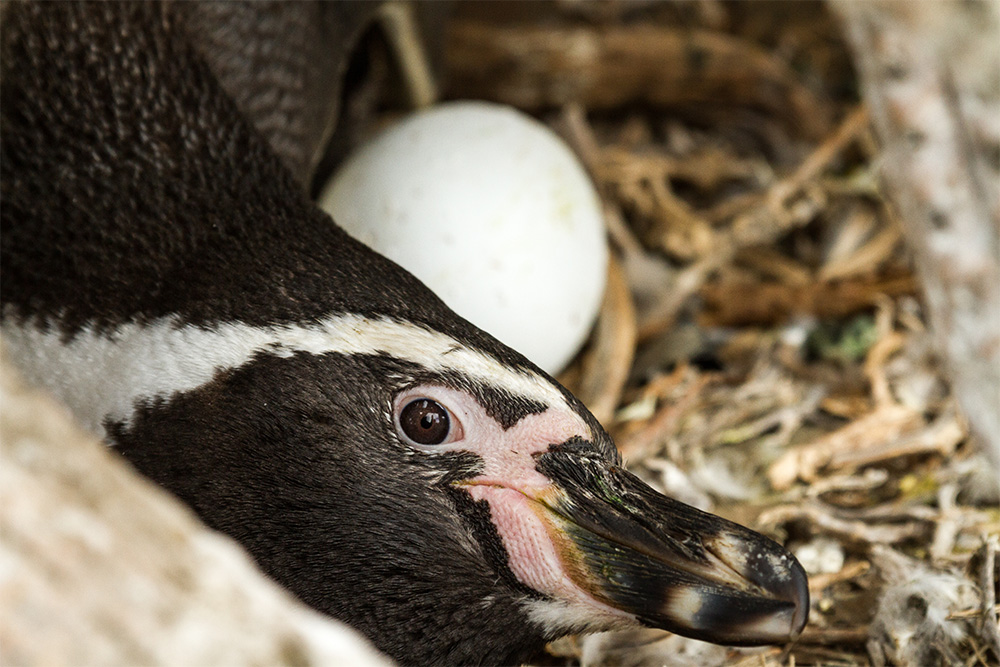 Pinzón Island, marks the geographical center of the Galápagos Archipelago and is home to one of the greatest species recovery stories ever told. More than 150 years ago, rats invaded the island and began feeding on the eggs and hatchlings of the island-endemic Pinzón Giant Tortoise. Due to invasive rats, tortoises were unable to survive past their hatchling phase, if they even hatched at all before being consumed. So, in 1965, conservationists initiated a captive rearing program aimed at getting tortoises past this critical life stage.

In December 2012, our conservation partnership completed a project to remove invasive rodents from Pinzón Island, thus eliminating the primary invasive species threat to the tortoise. In July 2013 hatchlings emerged from native Pinzón tortoise nests on the island and the Galápagos National Park successfully returned 118 hatchlings to their native island home. In early 2015, after extensive monitoring, partners confirmed that Pinzón was rodent-free. 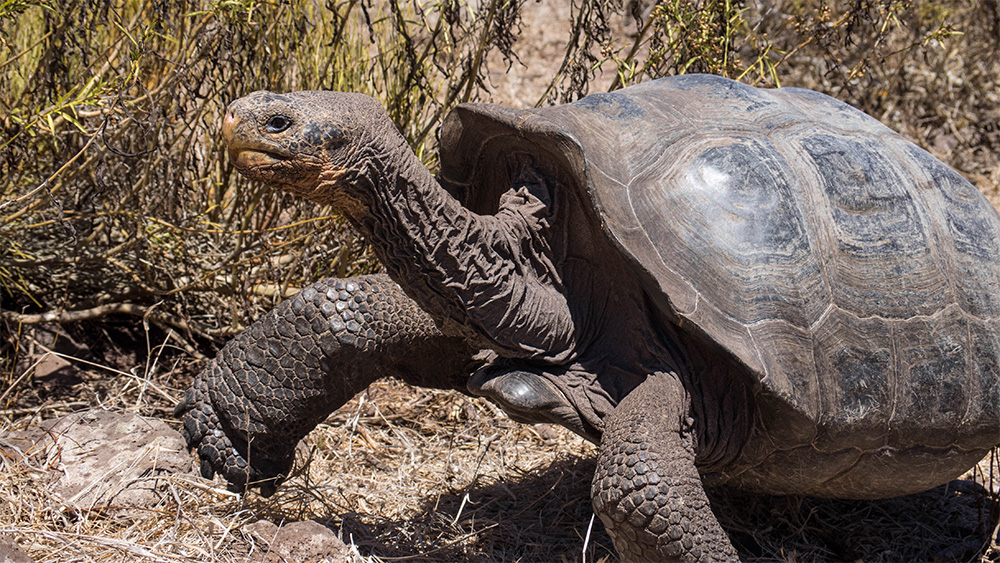 Five remote Pacific islands are once again safe havens for four of our world’s rarest bird species following the success of one of the most ambitious island restoration projects ever implemented. BirdLife International, SOP Manu (BirdLife Partner, French Polynesia) and Island Conservation—together with the support of the government of Frenach Polynesia, landowners, other partners and local volunteers—voyaged over 1,500km to six of French Polynesia’s remote islands—Vahanga, Tenarunga, Temoe, Kamaka, Makaroa, and Manui to complete the challenging project in 2015. Conservation efforts in Acteon and Gambier have now more than doubled the safe, available habitat for the Critically Endangered Polynesian Ground-dove (Alopecoenas erythropterus) and the Endangered Tuamotu Sandpiper (Prosobonia cancellata).

The Polynesian Ground-dove, which is locally known as the Tutururu, is one of the rarest birds on the planet with fewer than 200 individuals left. Predation and competition by damaging, non-native (invasive) mammals in French Polynesia have driven these rare, endemic bird species to the brink of extinction. Now, these species have five islands where they can thrive without the threat of predation by invasive species 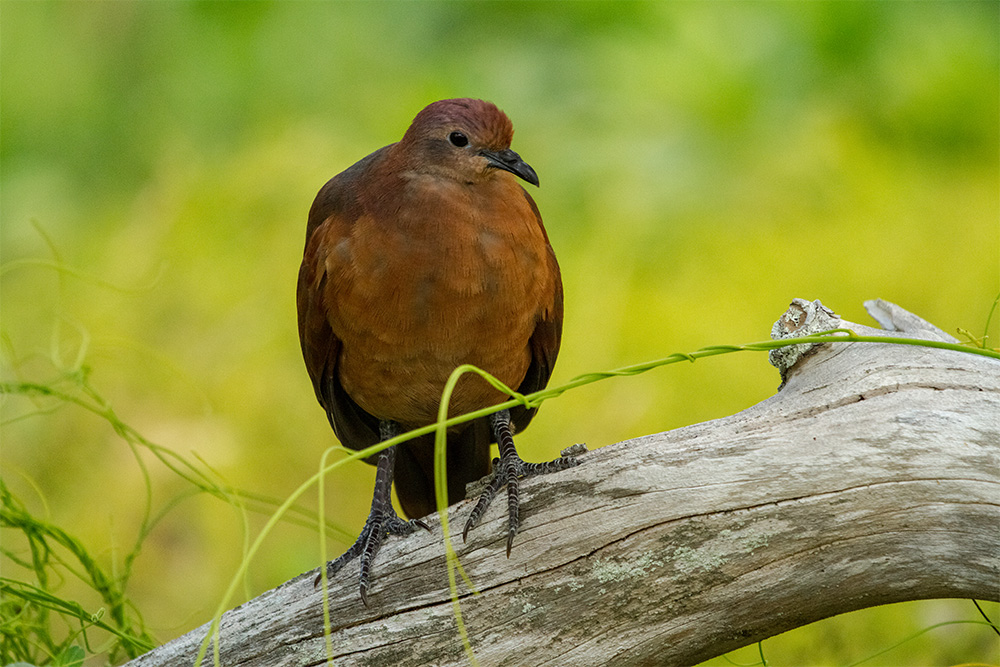 Palmyra Atoll is located about 1,000 miles southwest of Hawai‘i in the Central Pacific Ocean and is part of the Line Islands archipelago. Palmyra Atoll National Wildlife Refuge, established in 2001, includes approximately 446 acres of emergent land and 503,963 acres of submerged lands, reefs, and waters out to twelve nautical miles from shore. However, invasive rats on Palmyra severely impacted seabirds, native crabs, and plant populations. The rats preyed on native seabirds and contributed to reducing important native plant habitat.

In 2011, the US Fish and Wildlife Service, The Nature Conservancy, and Island Conservation came to the rescue and removed invasive rats from the atoll to protect native species from extinction. Today, five years later and minus the rats, native animals and plants are steadily recovering. 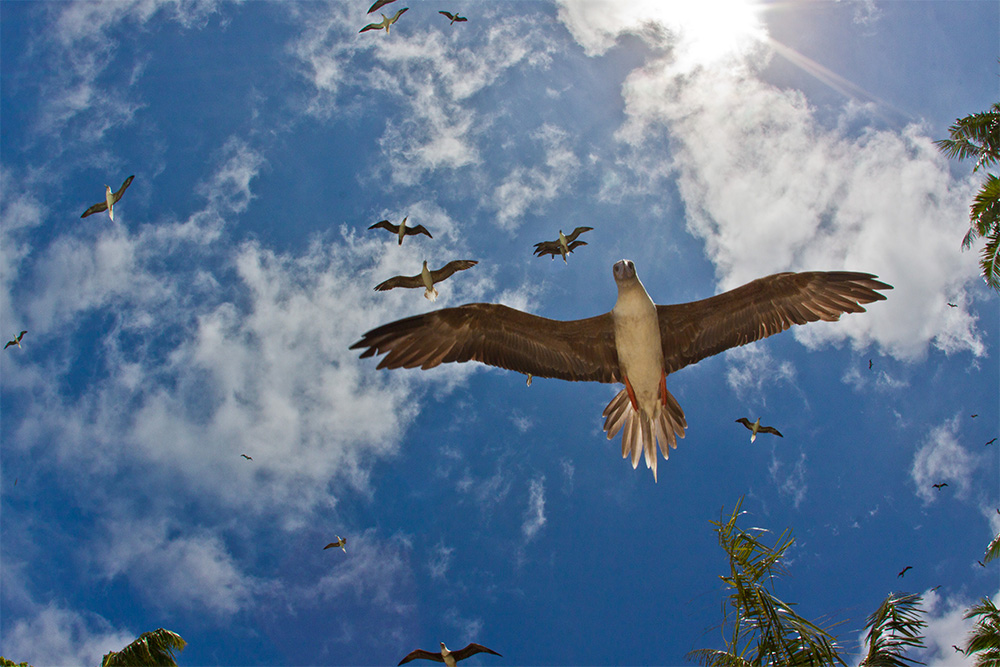