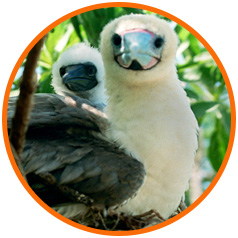 Palmyra Atoll—comprised of approximately 618 acres of emergent lands—is located about 1,000 miles southwest of Hawai‘i in the Central Pacific Ocean and is part of the Line Islands archipelago. Palmyra Atoll National Wildlife Refuge, established in 2001, includes approximately 446 acres of emergent land and 503,963 acres of submerged lands, reefs, and waters out to twelve nautical miles from shore. The Pacific Remote Islands Marine National Monument, created in January 2009, includes the refuge and also extends protection out fifty nautical miles from shore.

Palmyra Atoll has one of the best remaining examples of a tropical coastal strand forest found in the Pacific and one of the last predator-dominated marine ecosystems in the world. Many nationally and internationally threatened, endangered, and depleted species thrive at Palmyra Atoll, including sea turtles, pearl oysters, giant clams, reef sharks, coconut crabs, a large diversity of fish (at least 418 species), and marine mammals. Palmyra supports ten nesting seabird species, including one of the largest Red-footed Booby colonies in the world, and the largest Black Noddy colony in the Central Pacific.

Palmyra is the only moist tropical atoll ecosystem in the Central Pacific whose natural resources are not being impacted by growing human populations. However, nonnative introduced black rats on Palmyra were severely affecting seabirds, native crabs, and plant populations. In particular, they predated on native tree- and burrow-nesting seabirds and contribute to reducing native canopy species cover. The US Fish and Wildlife Service, The Nature Conservancy, and Island Conservation removed invasive rats from the atoll in 2011 to protect native species from extinction.

In the absence of invasive species, scientists have documented a 5000% increase in native trees, an abundance of crabs, and an increase in seabirds. One species of mosquito was also eradicated as a result of the project.

AN ECOSYSTEM WORTH RESTORING 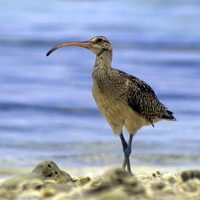 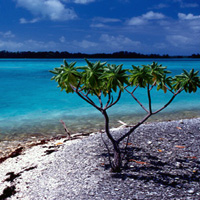 Beginning in 1939, Palmyra Atoll was heavily used by the Navy as a base until the end of World War II. It is believed that black rats were introduced to the atoll by the military during this time. Approximately 6,000 military personnel were stationed on the atoll for several years. Rats are well known for having severe negative effects on the ecosystems they invade.
Photo: Balint Vekassy 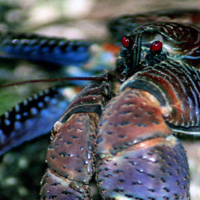 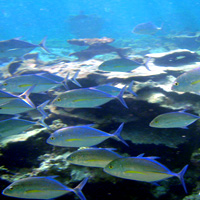 This multistage project will restore the natural ecosystem, with each action building on the next. The first phase focused on the removal of black rats. Following removal will be the reduction of invasive coconut palm canopy cover and restoration of the native forest community. Next will come translocation of two endangered, insular bird species that are at risk in their current ranges. The final step will be active restoration of Palmyra’s extirpated seabird colonies. 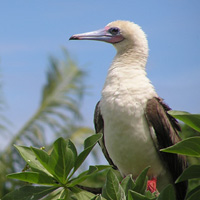 The partners are committed to restoring Palmyra Atoll. The USFWS administers most of the atoll as part of its National Wildlife Refuge System; TNC, which owns Cooper-Menge Island and operates a small research field camp, is a co-manager. Island Conservation is a nonprofit organization dedicated to preventing extinctions by removing invasive species from islands.

PROJECT VISION
The atoll is a safe haven once again for thriving seabirds, plants, native rainforest, terrestrial invertebrates, and other components of its terrestrial ecosystem.

COMMITTED TO HEALTHY ISLANDS
The US Fish and Wildlife Service, The Nature Conservancy, and Island Conservation have embarked on this ambitious program to improve seabird nesting success and promote the natural restoration of the tropical rainforest on Palmyra Atoll.