A new study identifies the primary threats to wildlife.

A study published in the journal Nature examined the top threats to wildlife worldwide. The researchers found that overexploitation (logging, hunting, fishing, and gathering) and agriculture constitute the biggest threats to wildlife. Urban development and invasion & disease are the next biggest concerns, followed by pollution, system modification (i.e., fires and dams) and lastly, climate change (storms and flooding, habitat modification, extreme temperatures, and drought). 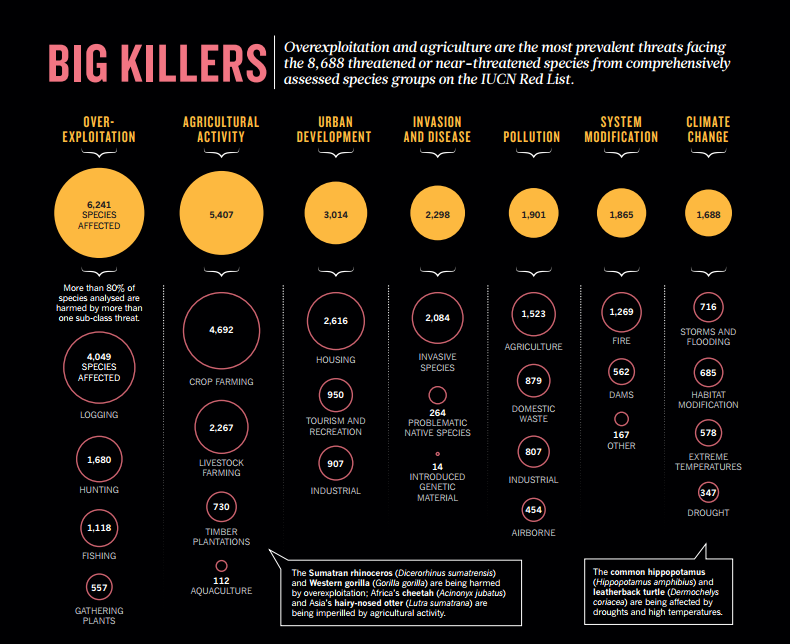 The researchers express that public concern does not seem to be proportionate to the threats of over-exploitation and agriculture, while climate change, the least of the threats, has taken the spotlight. In light of the upcoming World Conservation Congress, the researchers point to this study to highlight the factors that most threaten wildlife and biodiversity.

The researchers caution that some limitations should be considered when interpreting the results of the study:

They point out that “Of all the plant, amphibian, reptile, bird, and mammal species that have gone extinct since AD 1500, 75% were harmed by overexploitation or agricultural activity or both (often in combination with the introduction of invasive alien species).” In fact, invasive species are the leading cause of extinctions on islands, which make up 80% of all known extinctions worldwide. The presence of invasive species on islands puts pressure on native species, which are not evolved to defend against introduced predators.

In addition to contributing to the decline of biodiversity on islands, invasive species have a part to play in the harm to wildlife caused by agricultural activity. Invasive pests make agricultural production less efficient by destroying crops. The Mediterranean Fruitfly, for example, renders fruit and vegetable crops worthless, and the Borer Beetle is known to ruin coffee bean plants in Costa Rica. Presence of pests may force farmers to encroach on more native habitat in order to expand the breadth of their fields to make up for the crops lost to pests.

To protect wildlife, all categories (and others not mentioned) need to be taken seriously and addressed. Island Conservation specializes in preventing extinctions caused on islands by invasive species and has generated substantial conservation gains around the world. 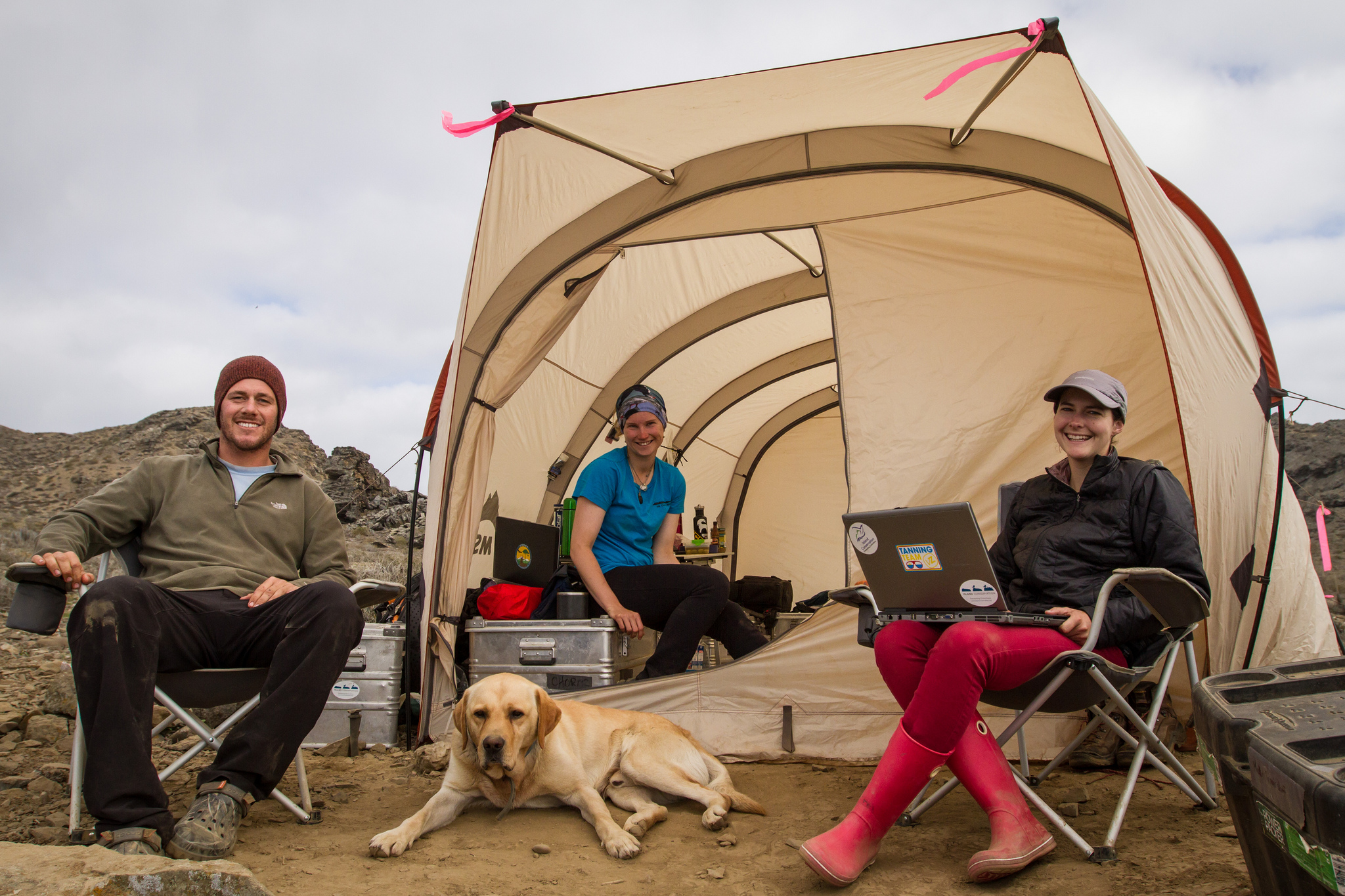 Controlling invasive species is a proven way to protect native species on islands and prevent extinctions in some of the highest-diversity places on earth. 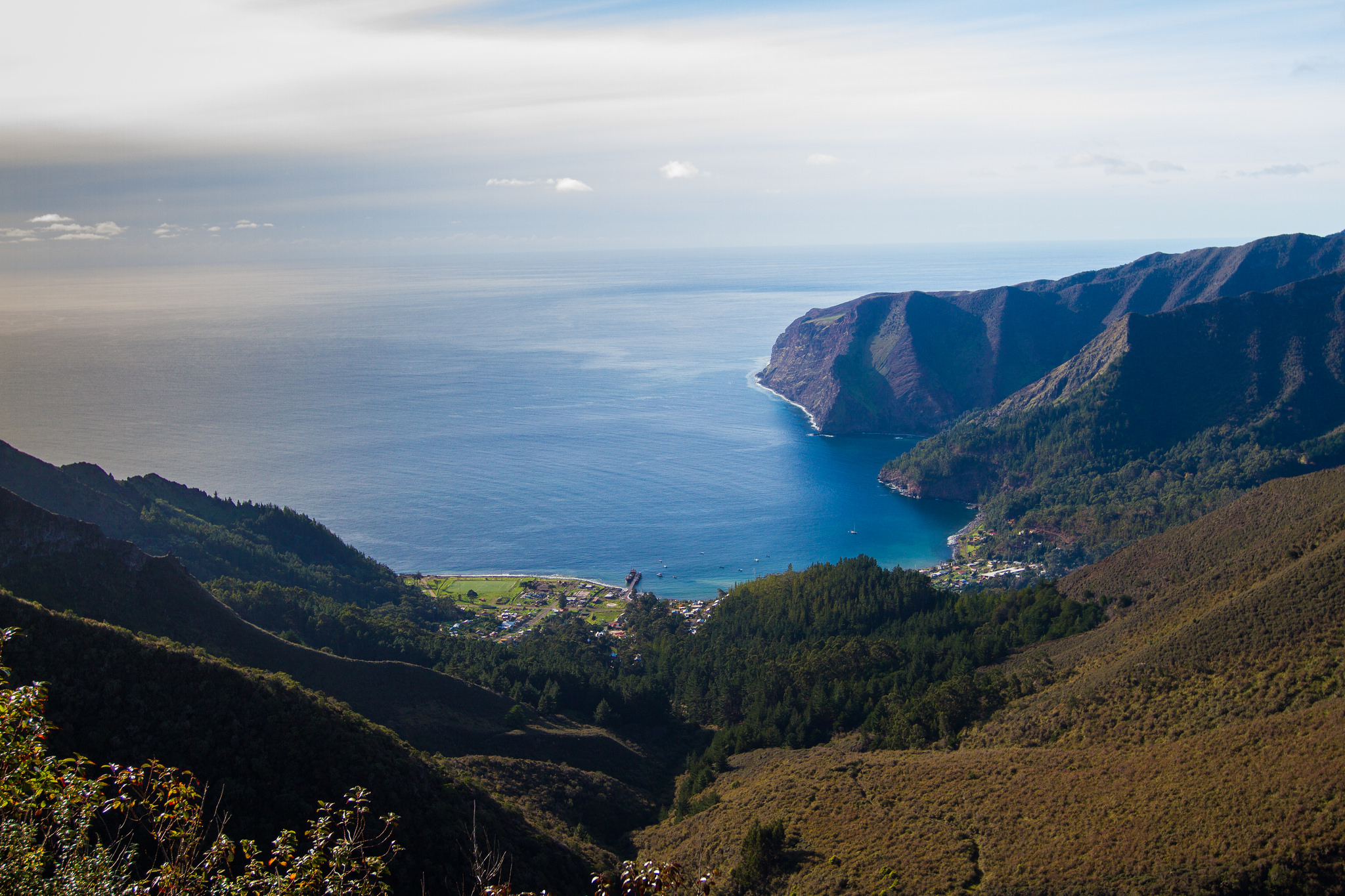