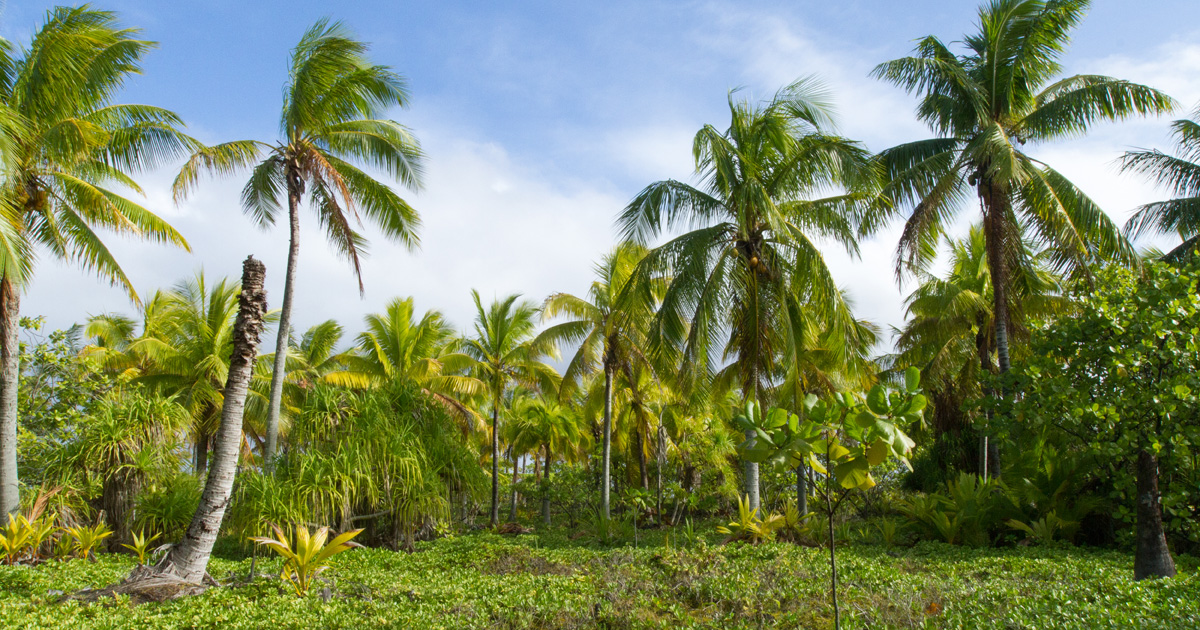 Dr. Daniel Simberloff shares the importance of distinguishing between native and non-native species in biodiversity counts.

Originally published by the International Union for the Conservation of Nature

There have been calls for biodiversity and ecosystem assessments to count non-native species as well as their native counterparts as positively contributing to biological diversity. Daniel Simberloff, Gore Hunger Professor of Environmental Studies at the University of Tennessee, member of the Invasive Species Specialist Group of IUCN’s Species Survival Commission, and Director Emeritus of the Board of Island Conservation explains why this approach is misguided and would hinder our ability to achieve international conservation and development goals.

Non-native species homogenise ecosystems and, in some instances, cause populations of native species to plummet to the point of local extinction. The true impact of non-native species on ecosystems may take time, even decades, to become obvious, by which point it is often too late to reverse negative impacts from these intruders. This presents a problem for the entire ecosystem, including the humans who rely on ecosystem services for their well-being.

According to influential international publications, such as the UN-mandated Millennium Ecosystem Assessment, humans rely on ecosystems for physical purposes (e.g. food), as well as spiritual and aesthetic reasons. Maintaining diverse ecosystems is therefore important to ensuring quality of human life.

Despite the potential long-term impacts of non-native species, there have been controversial calls in both popular science writing (Fred Pearce, The New Wild) and in the scientific literature for non-native species to be counted equally with native species in biodiversity assessments, for example in those used to track progress towards the Aichi Biodiversity Targets of the Convention on Biological Diversity (CBD). This negates the importance of the changes that invasive species make to ecosystem functions.

“It is misguided and potentially disastrous to consider native and non-native species as equal from the standpoint of both ecosystem services and conservation goals.”

It is misguided and potentially disastrous to consider native and non-native species as equal from the standpoint of both ecosystem services and conservation goals, including the Aichi Targets of the CBD and UN Sustainable Development Goals. The reasons are elaborated in a recent article by 26 invasion scientists from around the world, but I would like to comment on three particular issues relevant to both ecosystem services and the IUCN mission.

Firstly, the Convention on Biological Diversity – the multilateral treaty initiated in 1992 in Rio de Janeiro to conserve biodiversity and ensure its sustainable use and the equitable sharing of its benefits – suggests that humanity should value biodiversity for its “actual or potential use or value for humanity”. Article 8h specifically recognises the threat non-native species pose to this use or value. The associated Aichi Targets, adopted in Nagoya in 2010, indicate progress toward achieving the CBD goals through Target 9 – preventing and controlling alien species, and Target 12 – preventing extinction of native species by alien species. Simply including non-native species in the tally of total biodiversity produces a misleading appearance of progress toward CBD goals.

Secondly, if one accepts the premise that a primary purpose of biodiversity is for human use, the complex nature of biodiversity and the interactions within ecosystems are poorly understood. For the best-studied service – production of gross biomass, such as food or fibre – particular species or types of species (such as rice or wheat), rather than the total number of species, are crucial to producing the service. In addition, losing a phylogenetically distinct species because of non-native invasive species is an irrevocable loss of history that we ought to mourn in its own right, not just for the services it could have provided to humans had we saved it.

Finally, ecosystem services are not discrete – the species providing one service, like production of food, often influence the provision of other services, such as adequate supplies of clean water. It is difficult to prove that an increase in the total number of species, as opposed to sets of particular species, leads to an increase in the number of services provided. One would have to understand the contribution of all these species – native and non-native – to all ecosystem services to determine the importance of species number and species interactions for ecosystem services provision. This sort of ecological research is in its infancy and scientists cannot yet answer such questions. We cannot yet specify all the services that ecosystems provide, much less the role the interactions between species play in providing them.

“We should not delude ourselves into thinking that simply by increasing the numbers of species locally or regionally we are meeting conservation targets.”

Despite substantial progress in predicting the impact of some non-native species on ecosystem services, we are far from being able to understand which specific invaders produce devastating ecological impacts. Which invaders should we be especially concerned with? Which should we strive hardest to control or eliminate in order to achieve CBD goals and sustain important ecosystem services?

The IUCN mission recognises the value of all biodiversity, and the IUCN Species Survival Commission strives to create “a just world that values and conserves nature through positive action to reduce the loss of diversity of life on earth.” The flood of non-native species that is homogenising ecosystems is erasing the very differences that we value and rely upon to sustain life on earth. We should not delude ourselves into thinking that simply by increasing the numbers of species locally or regionally, we are meeting international and highly important conservation targets.

By considering only native species, biodiversity assessments would more closely match the measure of biodiversity with IUCN’s mission to “influence, encourage and assist societies throughout the world to conserve the integrity and diversity of nature and to ensure that any use of natural resources is equitable and ecologically sustainable.”

Like Loading...
Dr. Daniel Simberloff, International Union for the Conservation of Nature, Island Conservation Board of Directors