Endangered Atlantic Yellow-nosed Albatross have been pushed to the brink of extinction by invasive mice on Gough Island in the South Atlantic Ocean. But, that will soon change. The Royal Society for the Protection of Birds and Island Conservation are taking action to protect the albatross by removing invasive mice.

This article contains descriptions and a video of mice predating on live birds and may be upsetting.

On the evening of 20 February 2018, I watched an Atlantic Yellow-nosed Albatross chick die before my eyes, as it was eaten alive by mice. I arrived at nest 14 at 9.30pm. Mice were feeding on the chick’s already open back-wound by 10 pm. And less than one hour later, the chick from nest 14 was dead.

In this line of work, you see plenty of dead animals. On Gough Island, we regularly see the remains of dead birds: albatross that crash land during extreme wind events; adults standing over dead chicks soon after hatching (cause of death unknown); and scattered carcasses of burrowing petrels and prions left after skua predation. Eggs and chicks and adult birds die of natural causes all the time. Death and predation are part of the natural ecosystem. But on Gough Island, mice are not. 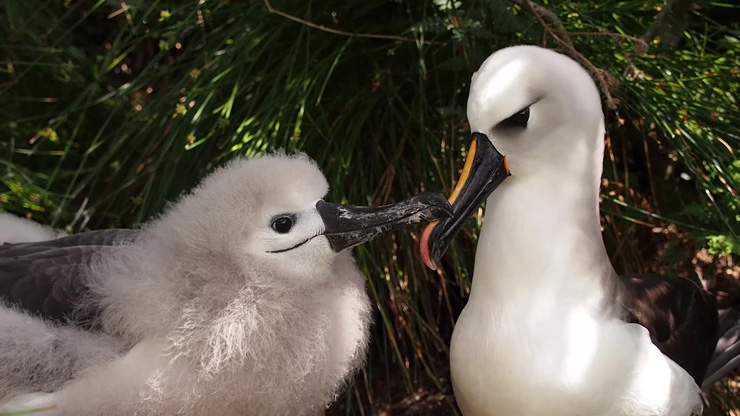 A healthy Atlantic yellow-nosed albatross chick about to be fed by its parent. Credit: Kate Lawrence

Watching the deterioration of Atlantic Yellow-nosed Albatross chick 14, confined to its nest, from alert (albeit already in pain and weak) and capable of brushing the mice from its back, to dead within an hour and twenty minutes was something else. Watching the chick’s posture gradually change as it became weaker and weaker, with mice burrowing their heads under its skin while it was still alive, imagining the pain it must be in, and the unbearable weight as it dropped its head, unable to lift it again, seeing it vomiting profusely in the last moments of its life, and feeling relief when it finally died because it wouldn’t be in pain anymore; that was horrific. After initially reeling, I simply felt incredibly sad and sick to my stomach.

Why would we watch such suffering? The Atlantic Yellow-nosed Albatross is an Endangered species that breeds only on the islands in the Tristan da Cunha archipelago, including Gough Island, and is undergoing population decline due to mortalities in long-line fisheries. Throughout the breeding season, from September 2017 to April 2018, Fabrice, Jaimie and I monitored 65 Atlantic Yellow-nosed Albatross nests, to continue the long-term study of this species. A number of eggs and chicks failed throughout the breeding season, as is normal. But in February we started seeing an unusual number of failures, considering the chicks were around 10-12 weeks old, getting big and had already been unguarded for around 6-8 weeks. When five failed in nine days, we suspected mice. One chick had wounds on its body, the others were just feathers and bones; it was too late to ascertain cause of death, so watching the predation of the chick at nest 14 confirmed our fears. 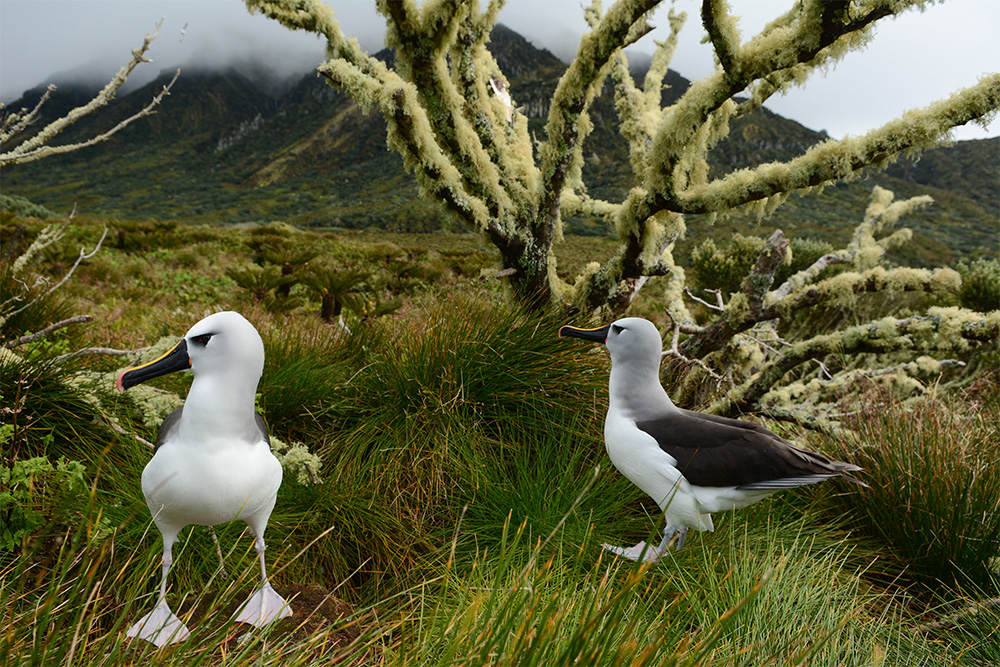 During our normal nest checks, just twelve hours after watching the mouse predation, the chick at nest 14 was merely feathers and bones, just like these other recent fails.

I don’t know how many mice it takes to kill an albatross. In this instance there were definitely two, maybe three and possibly more involved. The reality is, with no way for the chicks to defend themselves, one mouse could kill an albatross, and there are millions of mice on Gough Island. Mouse predation of Atlantic Yellow-nosed Albatross chicks on Gough Island was first recorded during the 2009/10 breeding season, with an estimated 2% of chicks predated (Cuthbert et al., 2013). In comparison, this year during February and March, 27% of hatched chicks in our monitoring area died from suspected mouse predation before they were ready to fledge and be out of harm’s way. 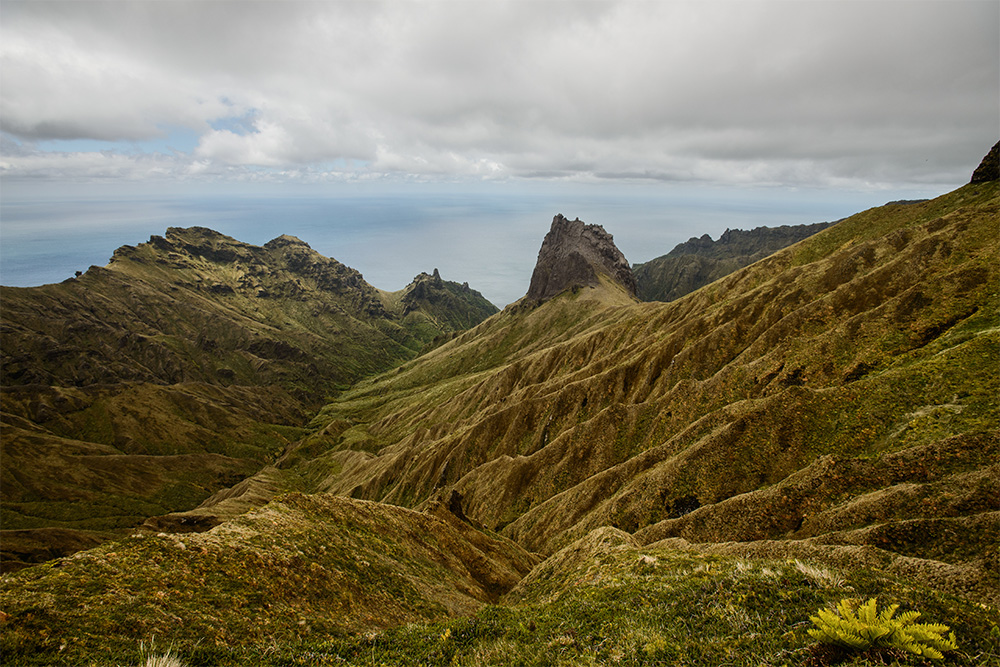 It is lamentable that it was people who caused this unnatural predation by unknowingly introducing mice to the island. But it is also people who can create hope and give the island a chance to recover from the devastation caused by mice. In recent years, eradication of rodents has been achieved on other islands such as South Georgia (UK Overseas Territory), the Antipodes Islands (New Zealand), and Macquarie Island (Australia).

2019 is our chance to act for Gough Island, and stop other chicks suffering as chick 14 did. The mouse eradication on Gough Island next year will be an exciting intervention to safeguard the bird-life of this unique and beautiful island. Your support is important to the success of this project. Please get in touch now, or share this blog to help us secure a safe future for Gough Island’s special birds.

Video below: The Atlantic Yellow-nosed Albatross chick at nest 14 is predated by mice. We feel it is important to show the reality of what we are working to stop. However, this video contains images of mice predating on live birds and may be upsetting.