As native trees are killed off by shot hole borers, invasive plants emerge and take over, oftentimes displacing the native species that once called that place home. Introducing this aggressor to the California Islands could result in the detrimental alteration of the unique communities found on the islands.

By: Juli Matos, Biosecurity Manager for the California Islands

Two similar species of invasive shot hole borers have been detected throughout the mainland of Southern California, and it’s imperative that we act proactively to prevent their introduction to the California Islands. Protecting the islands from invasive species is a group effort; both island staff and visitors have to do their part to follow the biosecurity guidelines.

Visitors often subscribe to the “it doesn’t apply to me” train of thought when it comes to rules within the park, and this seems to be especially true in regards to biosecurity regulations. Visitors read the signs and think to themselves, “Why can’t I use cardboard to pack my gear? Why do I need to brush my boots? Why can’t I take firewood or walking sticks to the islands?”  It’s easy to notice that the recurring theme is WHY? With this line of questioning in mind, it is our job to be explicit as to WHY certain rules are in place so that individuals can understand the importance of adhering to them and WANT to follow them. 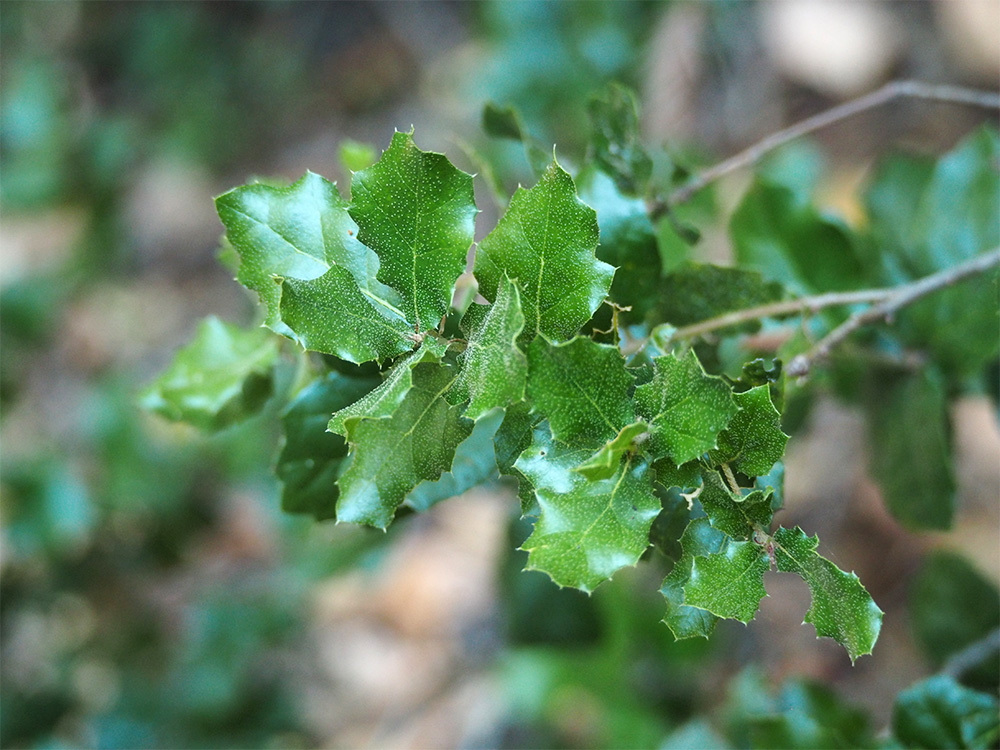 Leaves of the California Coast Live Oak which has been identified as a host for the shot hole borers on the mainland. Credit: J. Maughn

Today, I’ll be focusing on the threat that unfinished wood poses to the islands, and WHY we must be proactive to protect our unique island systems from the biosecurity threats hiding in unfinished wood. Bringing some firewood to burn during an overnight island trip, or carrying a walking stick to assist through a breathtaking island hike, seems harmless, but it’s actually quite the opposite. Unfinished wood can carry pests, including one that is raising significant concern on mainland California – the invasive shot hole borer.

These tiny ambrosia beetles create entry holes in wood as small as the tip of a ballpoint pen, making them difficult to spot. There are two species of shot hole borer: Polyphagous (PSHB) and Kuroshio (KSHB) (Euwallacea spp). First detected in southern California in 2003, the PSHB is now found in Ventura, Los Angeles, Orange, San Bernadino, western Riverside, and San Diego Counties. The KSHB has been detected in San Diego, Orange, Los Angeles, and Santa Barbara Counties. Though the California Islands are visited by people from all over the world, it is a logical conclusion that a large portion of visitors come from the aforementioned counties, increasing the probability of affected wood for firewood and walking sticks being brought to the islands. 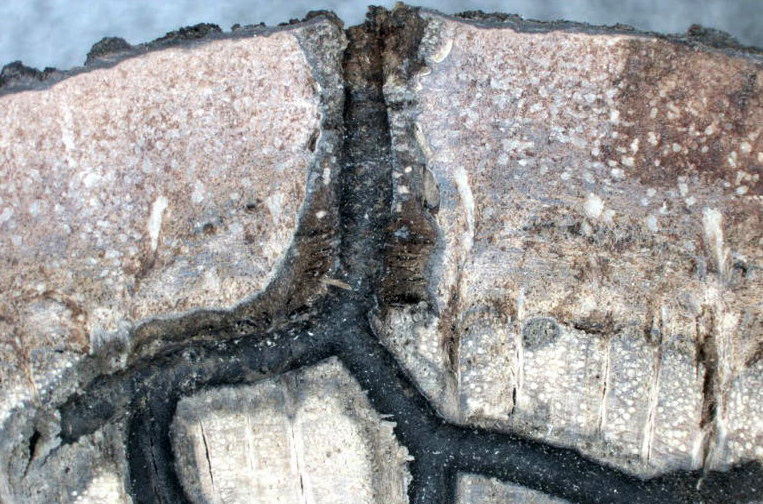 Closeup of a cross-section of a polyphagous shot hole borer gallery made by a female beetle. Credit: Akif Eskalen, University of California Riverside

The introduction of shot hole borers to the islands could result in the decimation of several species. At least 40 species of trees likely to be found in wildland settings in California have been identified as KSHB and/or PSHB hosts, twenty of which are species that also reside on the northern Channel Islands. Coast live oak (Quercus agrifolia) has been identified as both a PSHB and KSHB host on the mainland. On Santa Cruz Island, coast live oak dominates the coastal oak woodland community and is an essential component of the ecosystem. For example, Santa Cruz Island Scrub-jays (Aphelocoma insularis) use the oaks to build their nests and raise their young, and a loss of coast live oak would threaten the endemic population of these birds. 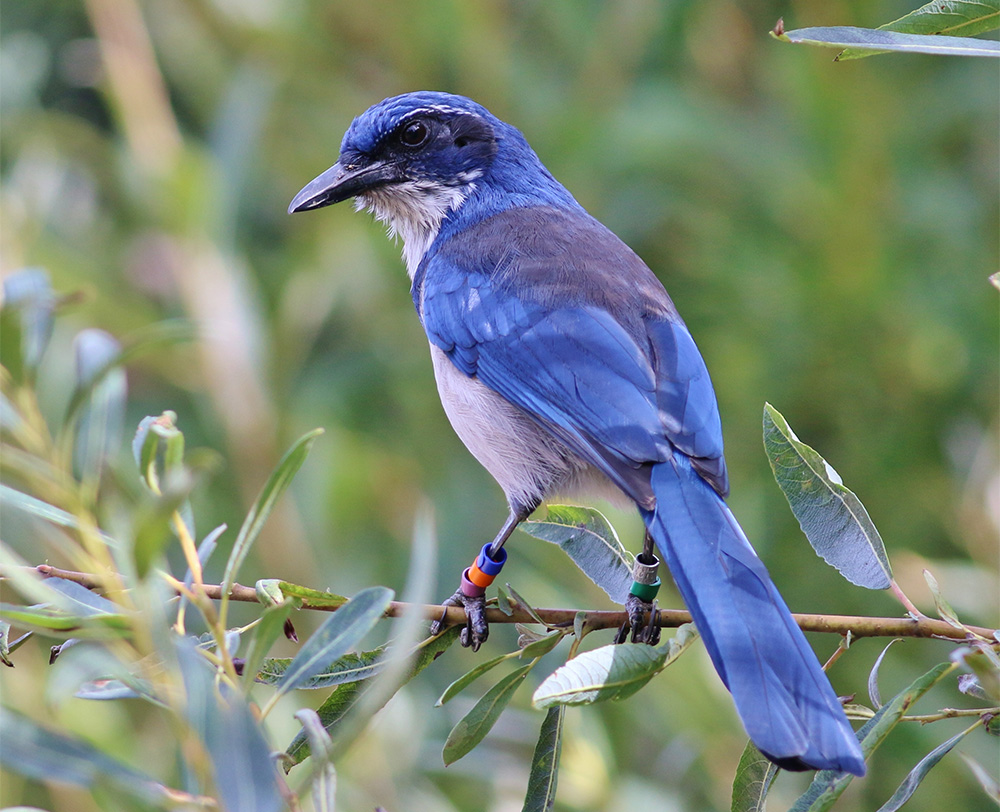 Dispersed primarily by wind, the female beetles are capable of producing haploid male offspring in the absence of mating, while mated females produce diploid female offspring, allowing for their infestation to spread rapidly. A single introduction of shot hole borers via firewood or other unfinished wood could initially affect an individual tree and gradually spread over a large area on the island through wind dispersal. The potential for an island-wide infestation highlights the importance of each individual, whether island staff or visitor, to strictly follow the firewood and walking sticks restriction.

To learn more about the invasive shot hole borer and how to identify its presence in native wildland trees, click here! For an interactive map depicting the current known distribution of PSHB and KSHB in California, click here!