A remote, freezing, salt-spray lashed paradise for wildlife has been completely cleared of rats in the largest rodent eradication of all time, the South Georgia Heritage Trust (SGHT) announced today.

Rats are smart, adaptable, and hungry. For all these reasons, they can be incredibly voracious predators when people accidentally introduce them to remote islands, where the local animals lack evolved defenses to rodents. They have flourished even on an island as harsh and cold as South Georgia, which is so far south that it hosts penguins, elephant seals, and fur seals, as well as massive permanent glaciers.

“There are no trees, there are no bushes. All nest on the ground or underground in burrows,” says Mike Richardson, Chairman of the SGHT Habitat Restoration Project Steering Committee. Such nests are easy pickings for rats. 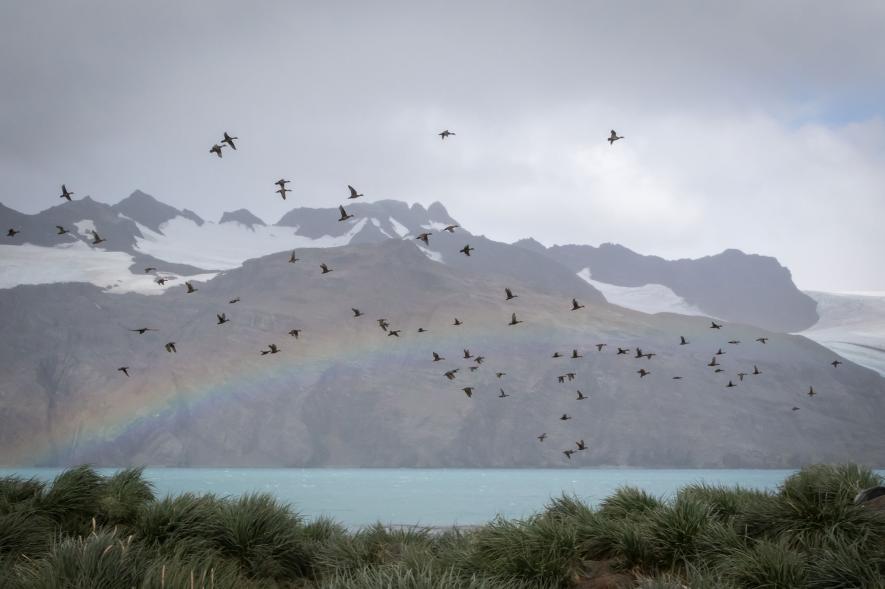 The rats—brought to the island by whalers and sealers as early as the late 18th century—ate the eggs and vulnerable chicks of seabirds, including albatrosses, skua, terns, and petrels. They also threatened two birds with extinction that are found nowhere else in the world: the South Georgia Pipit—a tiny speckled songbird—and the South Georgia Pintail, a brown duck.

The rat eradication was a massive, arduous undertaking, costing more than $13 million and taking nearly a decade. More than 300 metric tons of poison bait was dropped on the island by helicopter in three separate trips during the Austral Summers of 2010-2011, 2012-2013, and 2014-2015. Poisoned rats tend to head underground to die, Richardson says, limiting the damage caused to birds like gulls that might have otherwise eaten the poison-tainted carcasses.

In November 2017 through April 2018, a team of 16 returned to see if the rats had taken the bait. They put out thousands of wooden stakes with wax tags and chew-cards coated with tempting vegetable oil or peanut butter that would show telltale gnaw marks. They deployed hundreds of tracking tunnels, tubes with bait inside that would collect rat footprints. In addition, trained sniffer dogs combed the island chasing a whiff of rodent scent. They found nothing. The rats are gone. 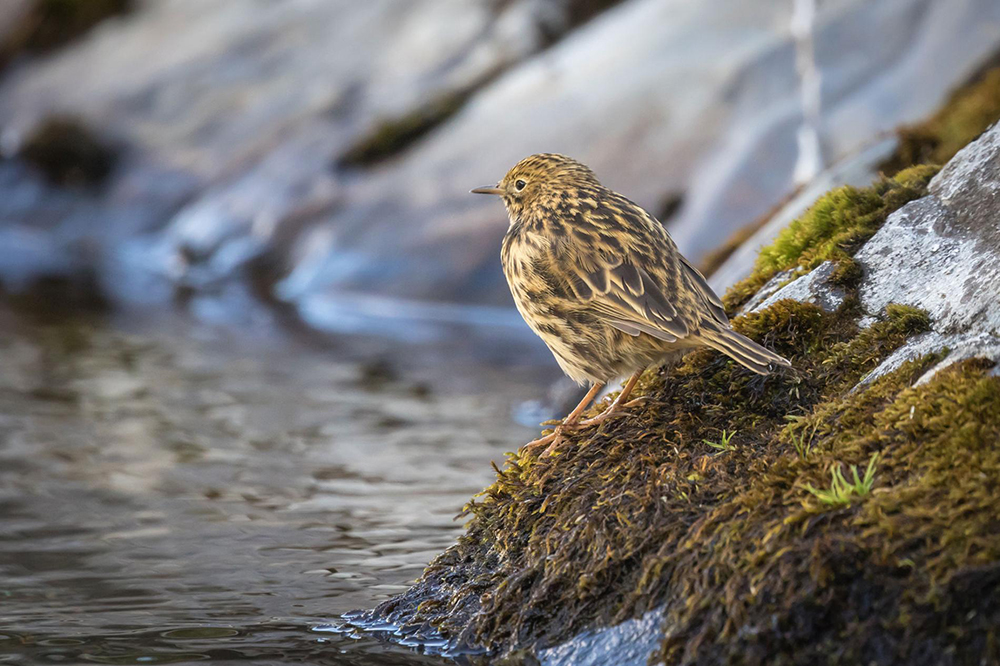 South Georgia is over 100,000 hectares, eight times larger than the previous record-holder for largest island rid of rats, Macquarie Island in Australia. The glaciers that criss-cross the island create several isolated sections, which allowed the team to drop the poison in stages. Once one area was clear, they could be confident the rats wouldn’t cross the ice from the other sections—although mammals have made the trek before. Polar explorer Ernest Shackleton crossed an icy mountain pass from where he and five companions landed in a lifeboat in 1916 after the wreck of his ship, the Endurance, in pack ice in the Weddell Sea.

When digital mapping specialist David Will, on loan from Island Conservation, helped with the 2012-2013 phase of operations, he flew over that pass, now known as Shackleton Gap.

“Here were these huge glaciers with giant crevasses that seemed to stretch on for ages and ages,” he says. “This was the largest project I’ve ever worked on.”’ 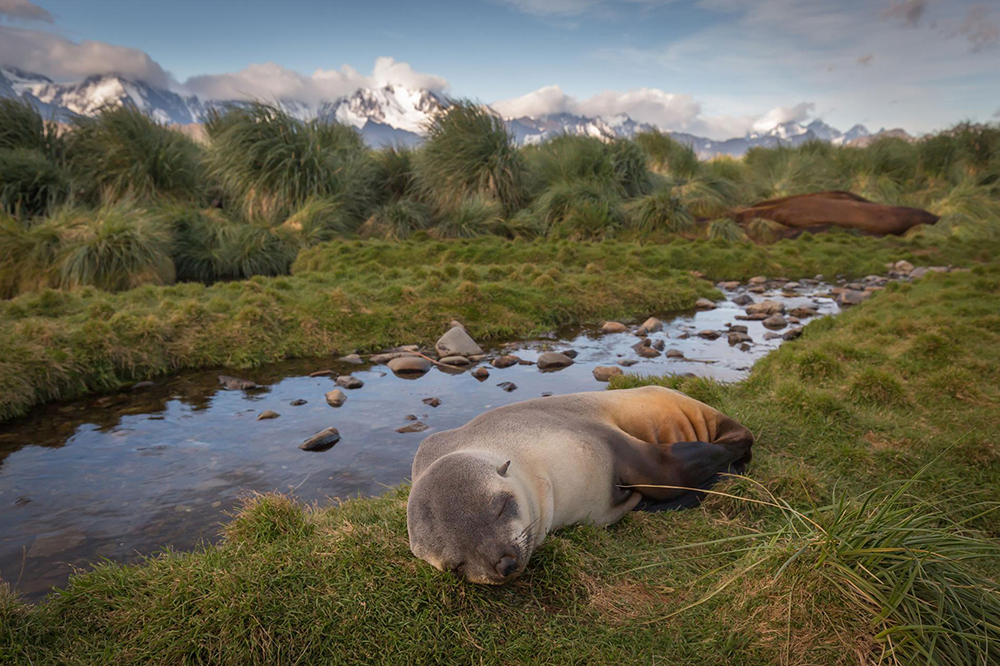 Will maintained updatable maps of the distribution of poison, helping ensure bait hit very possible rat territory on the island. Rats are keen breeders and if even a few are missed, they can repopulate a large area quickly. Even more thrilling than Shakleton Gap, he says, was seeing a South Georgia pipit on the beach, hopping around on some kelp.

His whole time on the island he only saw that single pipit. But since the rats were killed, the pipits have already responded, their numbers exploding now that their eggs and chicks are safe. Recently, Richardson got an update from the field.

“One of our trustees was on the beaches in South Georgia and she said the songs of the South Georgia pipits are drowning out the roaring and grunting of elephant seals,” he says.

Many rats died to make that comeback possible, but Richardson says the moral calculus isn’t hard for him.

“We as human beings have introduced these animals into a place where they shouldn’t be,” he says. “To me, on balance, the stronger moral argument is we have a duty to remove these animals.”

To keep the rats out, tough biosecurity measures are being put in place, including keeping tourist boats offshore and moving people to the island via much smaller boats where rats cannot hide out.

Conservationists have eradicated rodents from larger and larger islands over time, and South Georgia gives the field “confidence” that large and ambitious projects are possible, Will says. Islands that are being considered include Gough Island in the South Atlantic, which is plagued with oversized, albatross-devouring house mice; Floreana Island in the Galapagos, which has over 100 human inhabitants, complicating matters; and eventually all of New Zealand, which has pledged to rid their entire country of rats, Australian possums, and stoats by 2050.