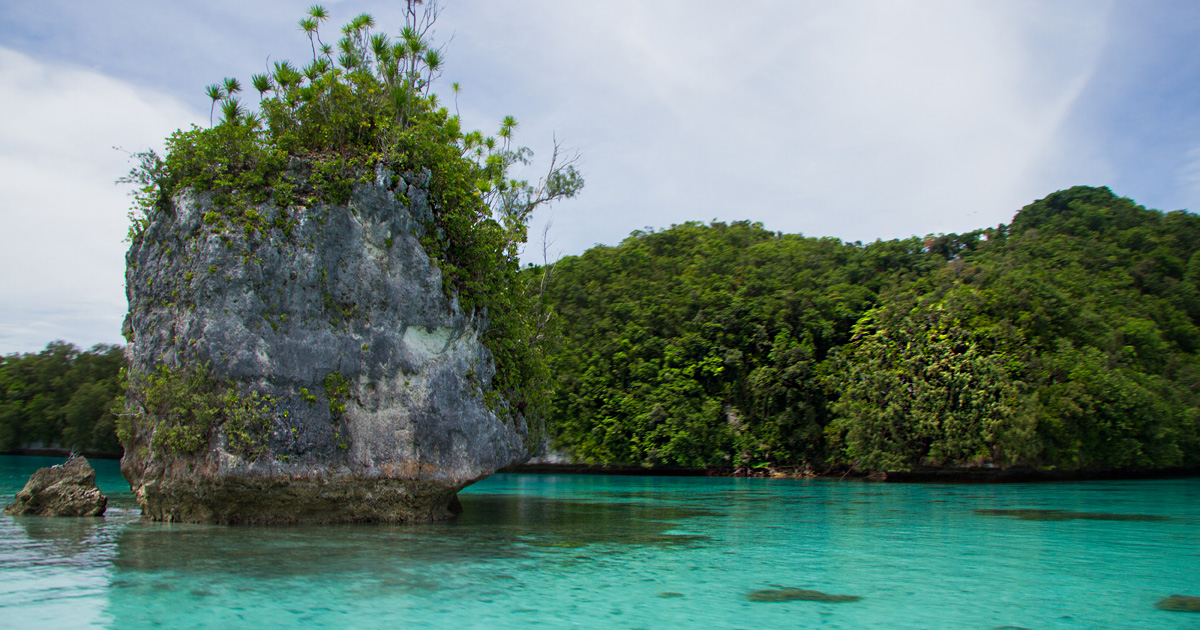 Alice: Palau’s Atolls have been devastated by feral rats, in particular, and cats and pigs too. This has been quite a serious problem because the Rock Islands Southern Lagoon area is World Heritage Listed because of its endemic birds, mammal, reptiles, amphibians, and plants as well. The good news that has come out of Palau recently is that they have managed to completely eradicate rats from Ngeanges Island and save an endangered bird in the Kayangel Atoll as well. Loyola Darius is the program manager in Palau for Island Conservation which is an international not-for-profit. Good morning, Loy. Welcome to Pacific Mornings.

Loyola: Oh good morning and thank you, Alice, for this great opportunity.

Alice: The Ngeanges Island was declared free of rats, just a couple of months ago, officially. How long did that take you?

Loyola: So, it was 2017 around June. They did baiting. They went to the island because it was devastated. There was no sign of Endangered species like the Bekai, the Palau Megapode.

Alice: Well yeah, I would love to hear about the Megapode.

Loyola: So yes, the rats were eating the eggs of the Palauan Megapode and even the turtles. They were also destroying the vegetation and crops of Ngeanges. It also hurt the species that were residing over there because they were affecting the whole ecosystem. Now we can see them around. Over this year, we went to confirm that it was a success and then we were able to see them walk around freely.

Alice: And how are those Megapodes doing now without the rats?

Loyola: Now we can see them around. I mean, this year we went to confirm it was a success and we were able to see them walk around freely.

Alice: That must be incredible, to see all your hard work pay off.

Alice: What do they look like, can you describe them?

Loyola: They look like chickens but they are smaller and they have darkish, greyish color.

Alice: You did some work on Kayangel Atoll. What did you find when you were there?

Loyola: This atoll is known for bananas, their identity. That island is known for their bananas, but when we went there for the first time and I was looking around and I couldn’t see. Then we were asking, “Can we have some bananas?” They were like, “the rats got to them before we could.” So I was just like, “Wow. This is what this place is known for.” Yeah, the vegetation, we hardly saw the Megapode but then after the project. Just after two months or three when we went back to the island and every household you went to, there are bananas hanging in front. That’s the difference and it was just amazing. You can see the people there are just so happy now that they have their crops. They are able to harvest their crops. They don’t have to worry about food in case the boat cannot go. It’s a big deal and the Megapodes are coming out and roaming around the villages. I don’t know how to describe the feeling. It’s good to see the recovery and the people, all so happy about their island.

Alice: Did you do the trapping of the rats on Kayangel Atoll, yourself?

Loyola: It was not trapping. We were using a baiting system.

Alice: So, tell me how that works.

Loyola: We were using those pellets. It’s safe, it’s brodifacoum but it’s in a low percentage. It has been used before on the island. And how we used it. The first part, the field workers had to cut transects throughout the islands and then after they had to mark points. When all the points were marked, then people would be spread out with buckets using a hand-cast system to throw out the bait, throughout the island. So, yes there was a moratorium for eating crabs, chicken, pigs, and all other for about a year or so.

Alice: In case they had also eaten the bait.

Alice: Loy, thank you so much for speaking to me on Pacific Mornings and good luck with all of the rest of your conservation work.

Loyola: And thank you for the opportunity.

Alice: Loyola Darius, there, the program coordinator in Palau for the international not-for-profit group, Island Conservation.