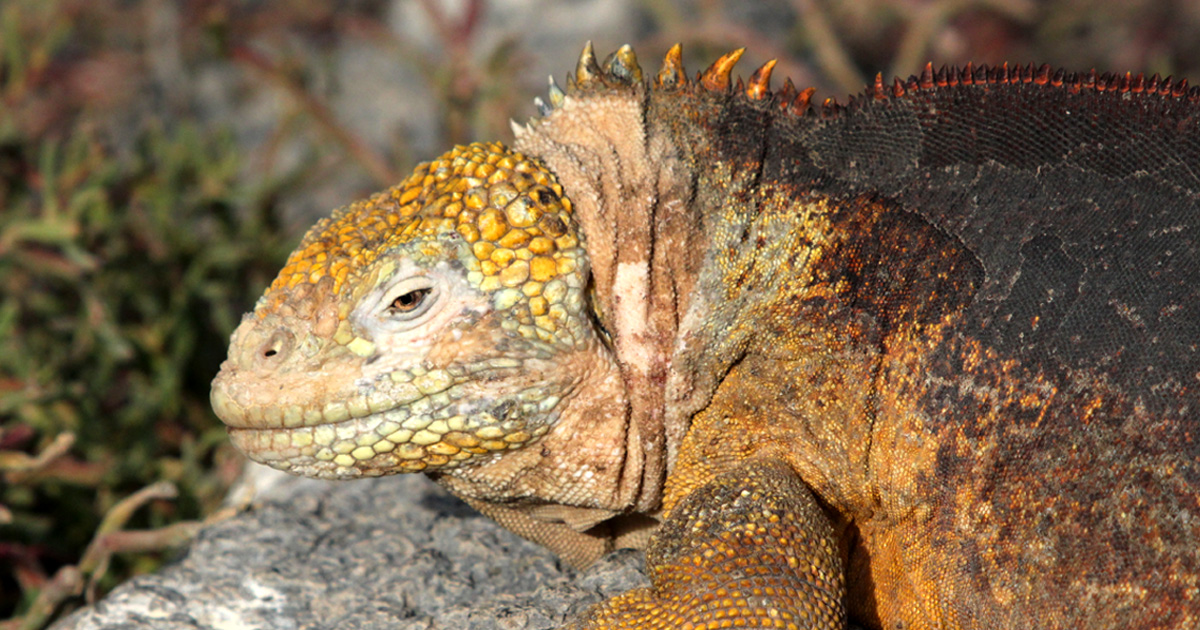 Seeker video features the Directorate of Galápagos National Park and Island Conservation in the re-introduction of Galápagos Land Iguanas to Santiago Island.

For the first time in 180 years, Galápagos Land Iguanas (Conolophus ) have returned to Santiago Island thanks to a conservation intervention by the Directorate of Galápagos National Park, Island Conservation, and Massey University in New Zealand. Seeker features the release of 1, 436 iguanas in a new video.


Galápagos Land Iguanas once roamed Santiago Island and fed on native cactus and other vegetation. In 1835, Charles Darwin visited the island and described iguanas so abundant that he had trouble finding a place to pitch a tent. Three years later, Abel du Petit-Thouars became the last person to record iguanas on the island.

Decades later, when researchers from the California Academy of Sciences visited Santiago they found only skeletal remains. Introduced feral pigs had wiped out the Galápagos Land Iguana population by destroying the native landscape and out-competing iguanas for food.

Santiago Island (58,465 ha / 144,470 acres) is one of the largest island in the world to be of invasive feral pigs, goats, and donkeys. This and other restoration efforts helped spur the reintroduction of locally extinct species including the Galápagos Land Iguana