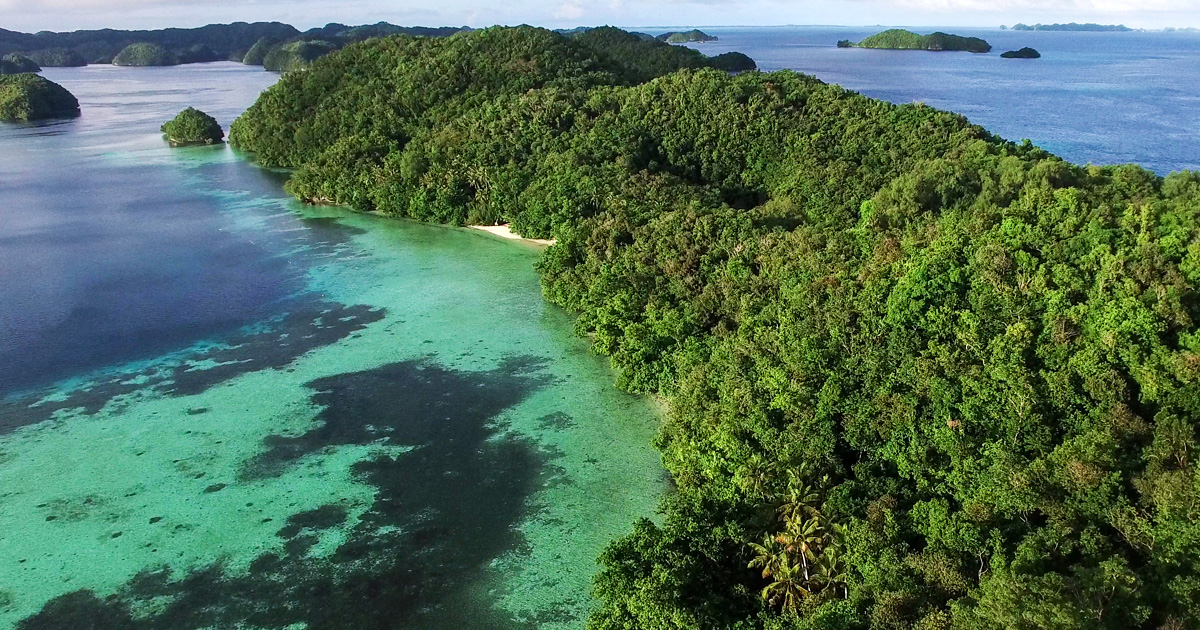 Free from invasive rats, native plants and animals on Ngeanges are on a path to recovery.

Native plants and animals on Ngeanges can now thrive following the successful removal of non-native, damaging (invasive) rats from the island in 2017. This historic conservation victory is the result of a multi-stakeholder partnership led Koror State Department of Conservation and Law Enforcement (DCLE) and Island Conservation with support from Palau Conservation Society. Confirmed free of invasive rodents in September 2018, Ngeanges is the first rodent eradication project successfully completed within the Rock Island Southern Lagoon.

Invasive species are the single biggest threat to the biodiversity of the Rock Islands and Palau. Our success on Ngeanges sets the stage for future eradication efforts to protect this incredible area, one of the most biologically and culturally rich regions in the world.” 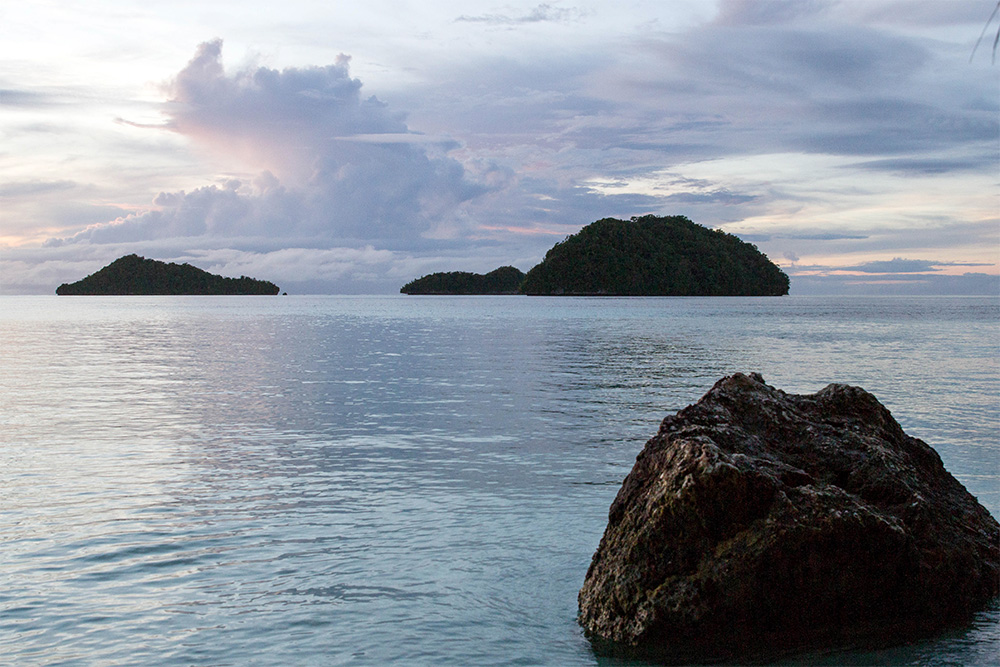 The project began in 2017 after scientists temporarily relocated some of the island’s Bekai (the Endangered Micronesian Megapode), another historic first, to a different island. Under direct guidance from the late Alan Olsen of Belau National Museum, the partners developed and applied specialized methods to capture and house these sensitive birds; methods that can be replicated in the future. An added benefit of holding megapodes in captivity was the unprecedented opportunity to study their biology and behavior, learning more about this precious Palauan endemic.

The megapode is one of Palau’s most iconic species and it is vulnerable to invasive rats. Restoration was critical to protecting the megapode and other native species,” said Collin Joseph of DCLE. “With the success of the rat removal and the return of the captive birds to Ngeanges, we’ve seen the megapode population already beginning to rebound.” 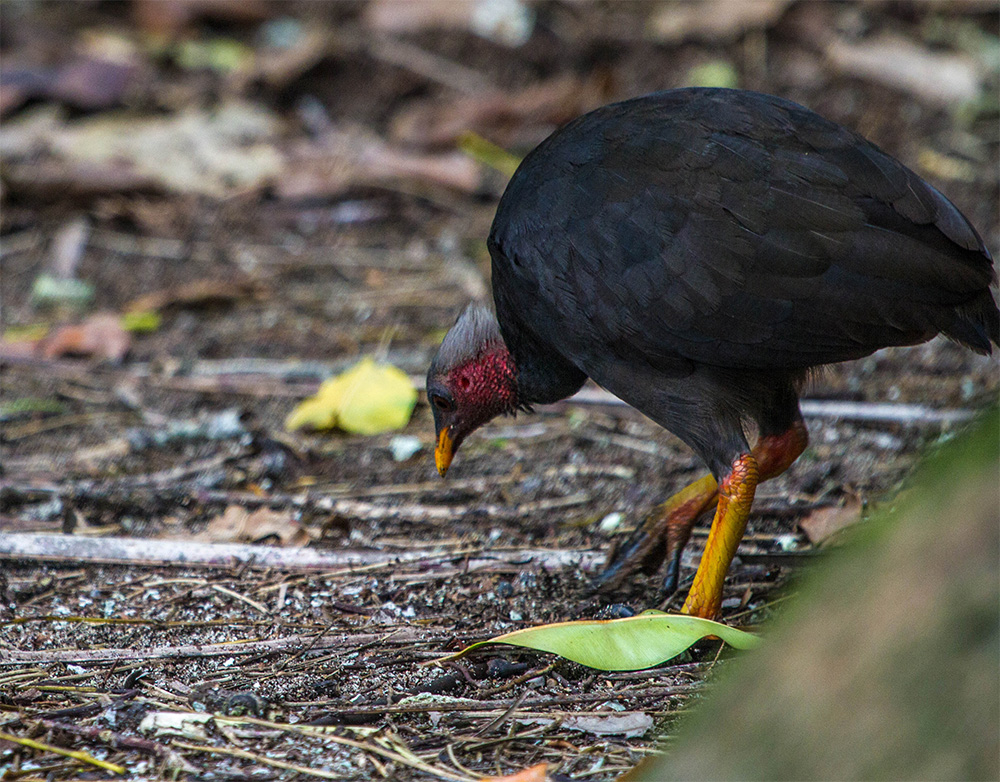 The ground-dwelling megapode, whose chicks are potential prey for invasive rats as they emerge from their nest mounds after hatching, are among several species that will benefit from the rat removal. Ngeanges is also one of the most important marine turtle nesting sites in the Rock Islands. With turtle poaching on the rise in recent years, protecting these nesting grounds is crucial to the health of their populations. The Critically Endangered Hawksbill Sea Turtle, for example, lays its eggs on the sandy beaches of Ngeanges; with invasive rats no longer a threat, the newly hatched sea turtles have a greater chance of survival as they make their way from their nests to the sea.

A variety of invertebrates, including burrowing land crabs, Coconut Crabs, and Hermit Crabs, now have a greater opportunity to thrive in their native environment without competition or predation from rats. A recent post-eradication survey of Ngeanges has led to the discovery of rare native Partulid snails, the first time this species has been documented on the island in modern times.

The absence of invasive rats will also play a role in the rejuvenation of native flora on the island. As fruit and nectar-producing trees and plants rebound, the forest birds and other species, such as the Palau Flying Fox, that rely on them will, in turn, have a greater chance of survival. 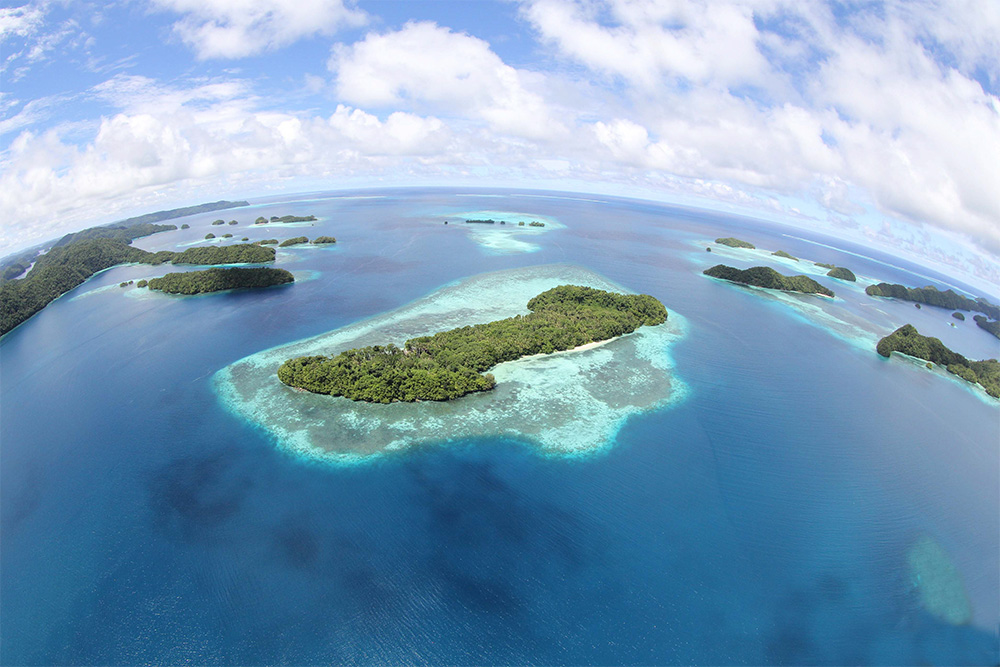 With native species, populations recovering, the partners are now focused on ensuring rats and other pests do not return to the island. Visitors to the Rock Islands need to check their boats and equipment for insects, seeds and other invasive species before departing to the Rock Islands. The Ngeanges project serves as an opportunity to educate the local community, conservation agencies, tourism companies, and the wider public about the threats and impacts that invasive species pose for islands, the benefits of their removal, and the importance of preventing their invasion/reinvasion. Jennifer Olegeriil, Director of KSG DCLE explained:

The work done on Ngeanges can serve as a model for successful invasive-species eradication on other islands in the RISL and throughout Palau and Micronesia. KSG continues to welcome and embrace partnerships which were key to the successful outcome of this project and we look forward to implementing what we’ve learned here to broaden the protection of our islands.”

“Our goal is to improve the resiliency and sustainability of our natural and cultural resources such as the Rock Island Southern Lagoon that provides livelihood to our communities,” shared Franco B. Gibbons, Governor of Koror State Government

About Island Conservation
Island Conservation prevents extinctions by removing invasive species from islands. To date, we have successfully restored 63 islands worldwide, benefiting 1173 populations of 468 species and subspecies. Working together with local communities, government management agencies, and conservation organizations, we select islands that have the greatest potential for preventing the extinction of globally threatened species.