Grant Sizemore, Director of American Bird Conservancy’s Invasive Species Programs and the owner of an indoor cat, explains the threats invasive feral cats pose to island wildlife and what individuals can do to save native species.

Domestic cats (Felis catus) are among the world’s most beloved pet animals, but our affiliation with these cuddly creatures has inadvertently created an ecological disaster. While pet cats are lovable family members, feral domestic cats are among the world’s most harmful invasive species. Their close association with people has helped them spread around the globe, contributing to a remarkable 63 reptile, bird, and mammal species extinctions.

The spread of these feral animals has been particularly problematic on islands, where feral cats have accounted for at least 33 extinctions and remain a principal threat to 8 percent of Critically Endangered reptiles, birds, and mammals. Nowhere in the United States is this conservation challenge more urgent than in Hawai‘i. 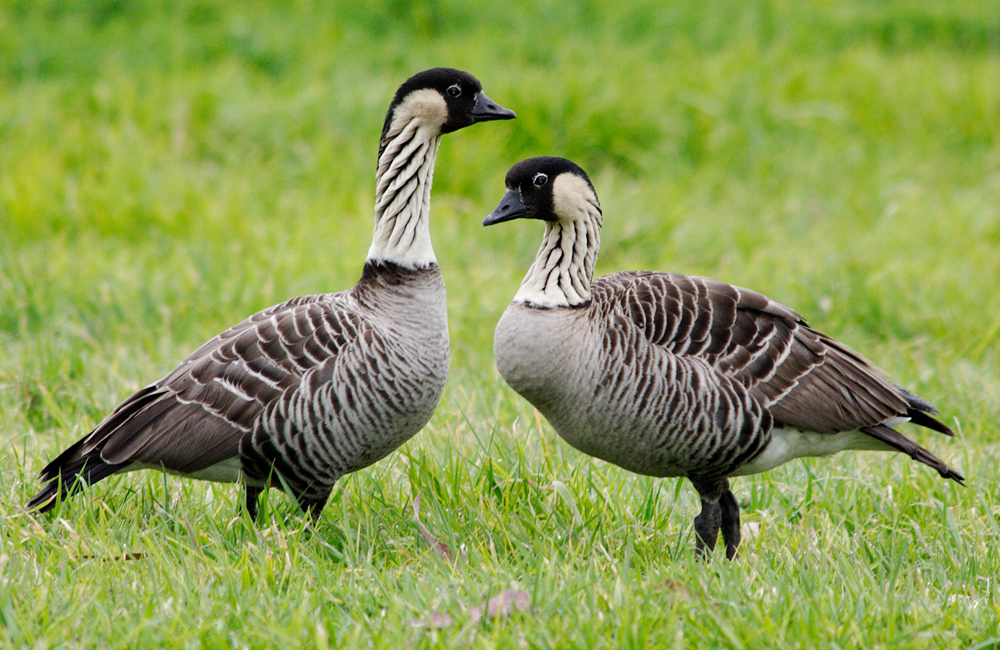 The Hawaiian Goose also known as the Nēnē is Federally listed as Endangered in part due to predation by feral cats. Credit: Jack Jeffrey

Already the bird extinction capital of the world, Hawai‘i can little afford additional threats to its native birds, nearly all of which are Endangered. And yet, even in this verdant paradise, feral cats have taken hold and can be spotted from popular beach parks to the remotest mountain tops–mauka to makai, as the Hawaiian saying goes. And everywhere the feral cats roam, Hawaiian wildlife are at risk.

Feral cats are effective predators everywhere, but in Hawai‘i, which has no native mammalian predators, the stakes are especially high. Cats have repeatedly killed highly endangered and unique species found nowhere else on the planet. Not adapted to coexistence with a feline predator, Hawaiian species are – sometimes quite literally – sitting ducks. 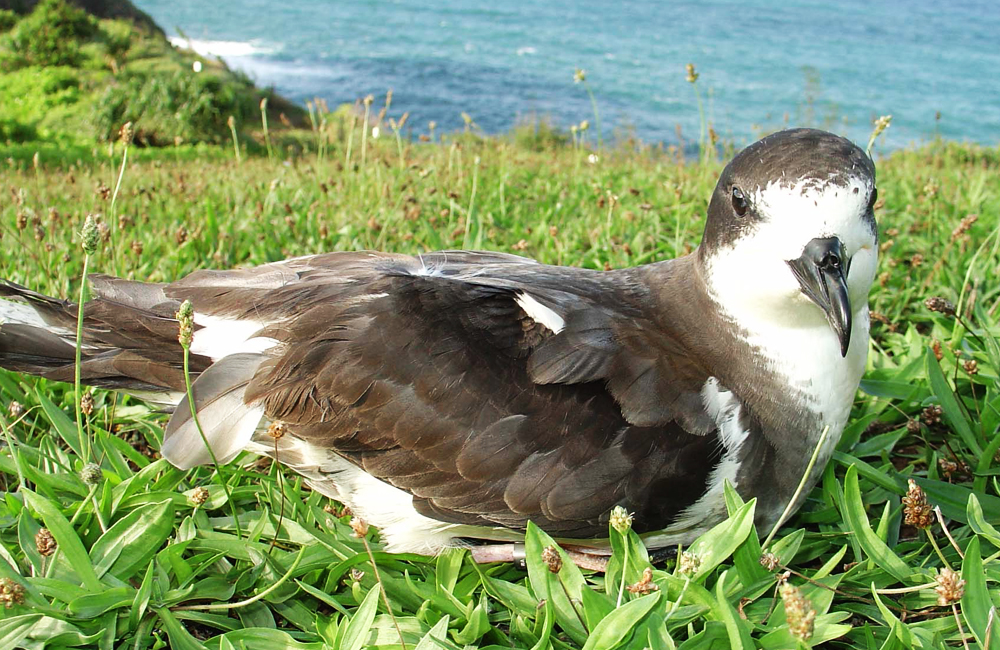 The Vulnerable Hawaiian Petrel was once common throughout the islands but predation by invasive feral cats has limited available nesting habitat and populations have suffered. Credit: Brenda Zaun/USFWS

But even indirect impacts from cats are a danger. Perhaps the most pervasive of these is toxoplasmosis, a disease caused by infection with the parasite Toxoplasma gondii. Cats are the only animals in Hawai‘i in which the parasite can sexually reproduce, thus completing the parasite’s life cycle. Any warm-blooded species, including humans, can become infected–but without cats, there would be no T. gondii in Hawai‘i.

Unfortunately for Hawai‘i’s native wildlife and you and me, the evidence is mounting that Hawai‘i is infested with T. gondii. With so many feral cats, it would be hard for it not to be. The parasite’s eggs (oocysts), which are transmitted in cat feces, are incredibly durable and remain infectious in the environment for years. A single cat can excrete hundreds of millions of these oocysts. That’s a recipe for an ecological and public health nightmare. Wildlife are fast becoming the canary in the coal mine. Federally Endangered Nēnē, ‘Alalā, and Hawaiian Monk Seals, all of which have died from T. gondii infection, are among the species sounding the alarm. 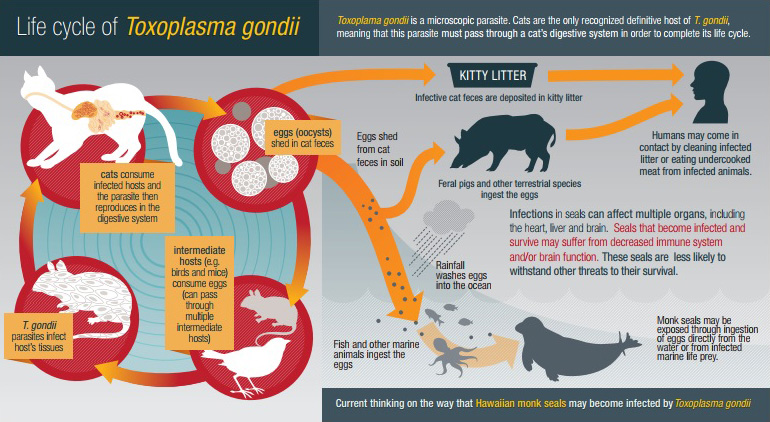 Luckily, it’s not too late to act. Each of us can take action to prevent further extinctions – and protect cats from disease or injury.

If we really have the best interests of cats, wildlife, and people at heart, it’s time to keep cats safely contained. 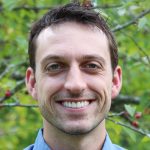 Grant Sizemore is Director of American Bird Conservancy’s Invasive Species Programs and the owner of an indoor cat.