Australia is known for its unique ecosystems that support an array of wildlife. However, over 1,800 plant, animal, and ecological communities in the region face extinction right now.

Two years ago, the Bramble Cay Melomys was the first mammal to go extinct as a direct result of climate change. Perhaps this extinction could have been avoided by a straightforward conservation plan, but political indifference and red tape got in the way. The fate of this little mammal is symbolic of the larger problems in Australia’s management of threatened species. In the last 200 years Australia has had the highest rate of mammalian extinction with the loss of more than 50 animals and 60 plants. John Woinarski, a professor of conservation biology who helped approve a recovery plan for the Bramble Cay Melomys commented:

It could have been saved. That’s the most important part.

The Bramble Cay Melomys was an uncharismatic rodent endemic to a tiny island in the Torres Strait. The extinction was caused by sea level rise attributed to global warming and the melting of glaciers. The low-lying cay this species lived on flooded, and recovery efforts were insufficient and hampered by disagreement within government agencies over the idea of captive breeding. The captive breeding program would have been inexpensive with a high likelihood of success, but without urgent action the plan was implemented too late. With that, Australia’s only mammal endemic to the Great Barrier Reef was declared Extinct. 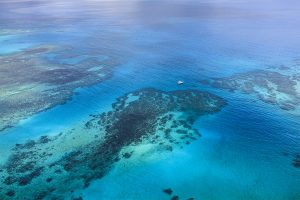 With the loss of the Bramble Cay Melomys, the Great Barrier Reef now has no endemic mammals. Credit: Patrick Xu

In Australia more than 1,800 plant and animal species and ecological communities are at risk of extinction. Within the past decade they have lost two mammal species: the Christmas Island Pipistrelle and the Bramble Cay Melomys. They have also lost one reptile–the Christmas Island Forest Skink. John Woinarski remarked:

As a society, we should be caring more for our nature, and we’re not. The legal protections we’ve got and the funding mechanisms are simply insufficient, as is the extent to which we care.

Australia is home to many diverse species, many endemic to the country. According to the Department of Environment and Energy, it is home to more than one million species. 85% of the country’s flora, 84% of the mammals, and 45% of its birds are found nowhere else on Earth. The conservation community believes Australia has an obligation to protect these unique species, but there has been no improvement with extinction rate in the past 200 years. Australia is losing 1 to 2 species per decade just among mammals. 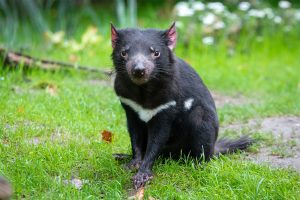 Many of Australia’s mammals are at risk of extinction, including the iconic Tasmanian Devil, which is currently listed as Endangered. Credit: Mathias Appel

Many citizens of Australia were not even aware of the Bramble Cay Melomys’ existence, and the same is true for many of the species at risk across the country. This presents a challenge for those involved in securing stronger protections for native threatened flora and fauna. The State of Environment report stated that biodiversity is still declining since 2011 and that the main pressures driving this, such as habitat loss and degradation, have not been adequately addressed.

Guardian Australia interviewed researchers, scientists, and conservationists who work with threatened species. Most described the systems that are supposed to be protecting native plants and animals as “broken.” James Trezise, a policy analyst at the Australian Conservation Foundation said:

Extinction is entirely avoidable. We can turn the trend around but it needs meaningful government intervention. From a conservation standpoint we know what needs to happen, but it seems there isn’t the political will to get us there.

An extinction crisis is taking place in Australia but the government is failing to invest and implement necessary reforms in order to stop the decline of species. Issues affecting the decline range from large rates of land clearing, urbanization, weakening of protections, and lack of legislation to fund conservation projects. Laws including the EPBC Act that used to require drafting a recovery plan for species listed as Vulnerable, Endangered or Critically Endangered are now optional and at the discretion of the minister.

Luckily in 2013, the Coalition took power and has since been working to remove invasive predators. They have also committed to improving populations for seventy species by 2020. Scientists do not think these measures will be enough while there are still mass amounts of habitat loss and degradation happening. Many believe the only hope to save these threatened species is to connect Australians with their wildlife again.