We are pleased to announce that the Million Dollar Mouse Campaign has achieved the near-impossible. The operations to remove damaging invasive mice to protect native species on Antipodes Island has been successfully completed by an international partnership. This is the first time that Island Conservation (IC) has served as a major partner in an operation led by New Zealand’s Department of Conservation (DOC). Although this was one of New Zealand’s most challenging invasive species removal projects, the island restoration team completed the mission much sooner than expected due to welcome windows of favorable weather conditions. It was anticipated that weather could stretch the operation out to take months. The team was highly organized and ready for action whenever the weather cleared. Once on the island, the operations altogether took just about one month to complete. Ray Nias, Island Conservation’s Southwest Pacific Regional Director says,

This has been an exciting project – working with some of the world’s leading island restoration experts in one of the most remote places on Earth. Island Conservation has provided expertise and resources to help make this project happen.

The campaign, led by the New Zealand Department of Conservation and Morgan Foundation and supported by WWF-New Zealand and Island Conservation (IC), aims to protect a variety of native and endangered species on Antipodes Island through invasive species removal. Invasive mice were accidentally introduced to Antipodes Island in the 19th century, possibly by shipwrecks. They have been destroying the natural ecosystem cycle on Antipodes Island, predominantly by eating invertebrates, vegetation, and possibly bird eggs and chicks. They have already wiped out two insect species.

Though the team completed the operations well before expected, the project was no walk in the park. Antipodes Island is not an easy place to access or conduct fieldwork. The team had to approach the steep cliffs of the island by dinghy—without the luxury of safe harbors. In the field the team braved harsh weather conditions, difficult terrain, and the bitter cold that unapologetically pervades the subantarctic island. Island Conservation’s Field Manager Jose Luis Herrera recalls,

In an attempt to avoid a fall while monitoring transects, I cut my hands grabbing these sharp leaf blades. Little did I know this was to become the daily ‘cost of doing business.’

You can find out what other obstacles the field presented in Herrera’s harrowing account of crossing the island. 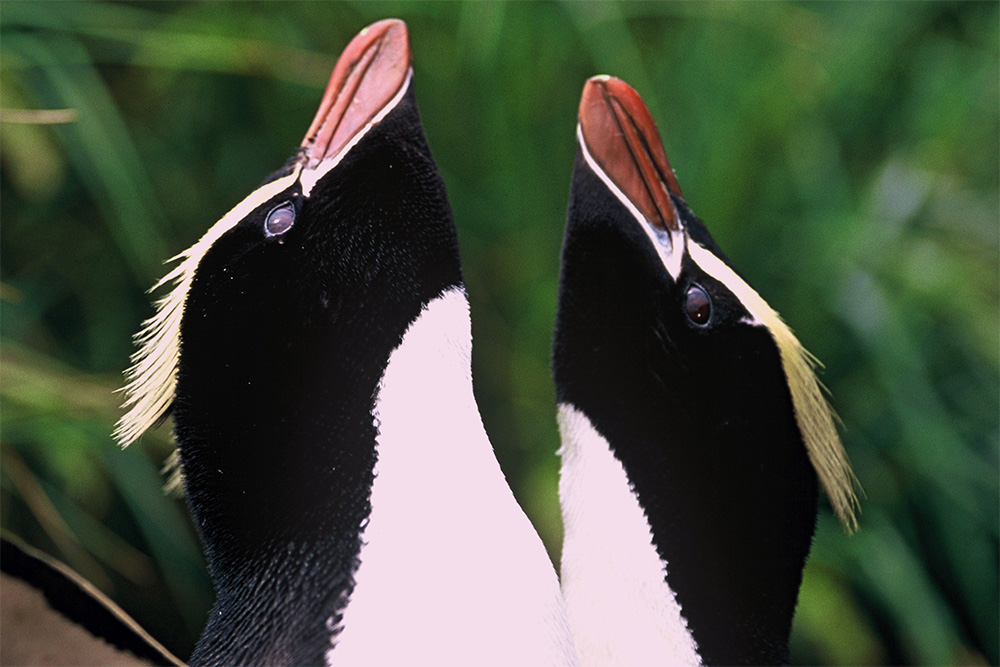 The potential for the island’s recovery, however, makes the effort well worthwhile. Rare insects, plants and birds found only on the Antipodes Island Nature Reserve and World Heritage Area will benefit from the project. These species include the Endangered Erect-crested penguin (Eudyptes sclateri), unique ground-dwelling birds like the Antipodes Island Parakeet (Cyanoramphus unicolor)—found nowhere else in the world—Antipodes Island Snipe (Coenocorypha aucklandica meinertzhagenae) and at-risk seabirds such as the Antipodean wandering albatross (Diomedea antipodensis antipodensis) and White-chinned Petrel (Procellaria aequinoctialis). Thousands of seabirds nest on the main Antipodes island and marine mammals fill the shores and surrounding waters.

A significant increase in native invertebrates is expected to follow the removal of invasive mice, which will aid in the natural recovery of the ecosystem, along with native seeds and vulnerable plants. The return of some smaller seabirds currently limited in distribution and population size to the outer mouse-free islands is also anticipated.

From tropical islands in the Galapagos to the wind-swept sub-Antarctic, Island Conservation is working with some of the best people in some of the best places in the world. The Antipodes project represents a great step forward in island conservation.