The Tasmanian Tiger has been considered Extinct since the 1930s, but claims of sightings and potential video footage have people questioning its status.

The Tasmanian Tiger, also known as Thylacine, has been shrouded in mystery since it was declared Extinct in the late 1930s. The last known individual died at Hobart Zoo in Tasmania, Australia, but suspicions remain that the striking marsupial still exists in Northern Queensland, Australia.

Tasmanian Tigers once roamed Australia but were named for the last remaining population on Tasmania Island. Their survival on the island may be thanks to the absence of predatory dingoes and lowered hunting pressure. Although the species has been declared Extinct for almost 80 years, claims of sightings have been surfacing. Most are thought to mistakes and are believed to be foxes or dogs, but some descriptions have researchers curious. Could the Tasmanian Tiger still exist? 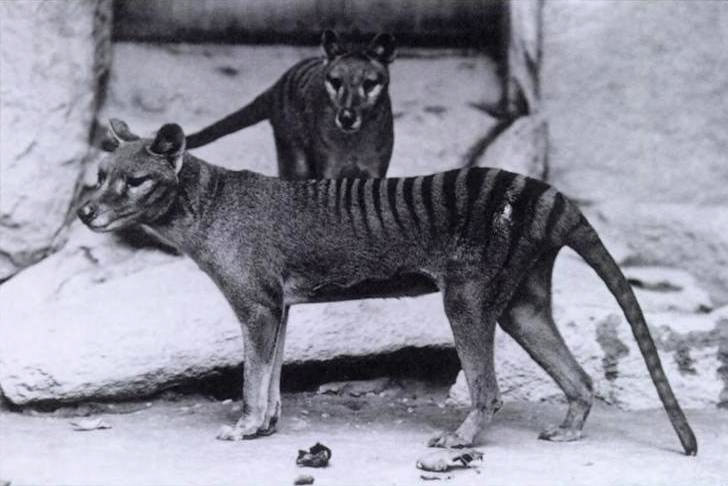 Recently footage was released from Paul Day, a teacher that just might have seen a Tasmanian Tiger. While filming the sunset, Day saw an animal running across the horizon. At first it was believed to be a dog or fox but some believe the animal’s distinct running motion could indicate it is a Tasmanian Tiger. Neil Waters, founder of the Thylacine Awareness Group commented:

This animal has a tail with a thick base, just like a Thylacine, and there appears to be some discoloration on its back. Then it has this gait that is so peculiar, but it’s just like people have described the thylacine movement.

My motto is, if they’re there, we’ll find them. I’m probably the biggest skeptic amongst everyone, but of course, I want it to be true.

Researchers believe that although finding a Tasmanian Tiger is unlikely, the camera traps will still give conservationists valuable information about other native species and their populations. Although researchers are not convinced by the video released this week, it might just be another piece of the puzzle. Now, only time and research will tell–is the Tasmanian Tiger still roaming parts of Northern Queensland?