Researchers at the University of California, Santa Cruz are developing new acoustic monitoring techniques that could aid seabird conservation.

In South Bay San Francisco, California, a Forster’s Tern (Sterna forsteri) flies overhead and lets out a call to its colony below. This “advertisement call” is almost the bird’s way of saying “hello” to the colony on the island. Researchers have found that acoustic monitoring and analysis of these calls can reveal quite a bit about the seabird population on an island.

In order to count seabirds, researchers often use extensive labor and specialists to locate elusive species hiding on remote portions of islands. Now, Abe Borker, a Seabird Biologist at the University of California, Santa Cruz is trying to change that and make population studies of seabirds more cost-effective and efficient. Borker explains that based on the call of some species of seabirds, you can estimate their population size:

There is a consistent relationship between the number of times the Tern says hello and the number of Terns that are breeding on the island. 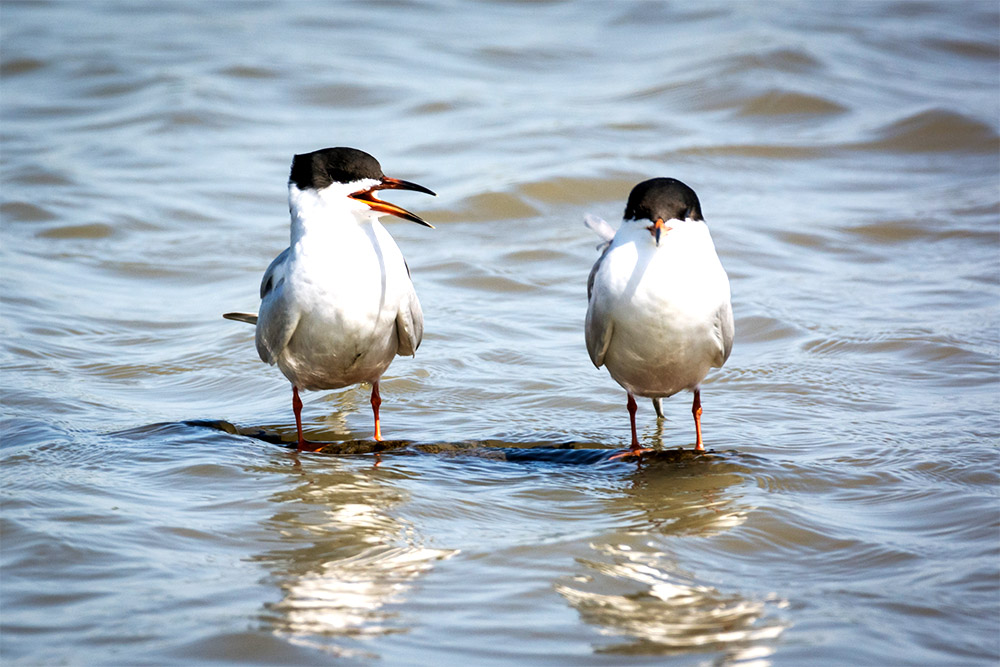 Seabirds spend much of their time on land hidden in crevices along steep cliffs, which makes it difficult for researchers to gather population data. Developments in acoustic monitoring offer conservationists a greater understanding of a population before and after conservation efforts. Creating a new method to evaluate the success of invasive species removal projects and can help save threatened seabirds.

In order to study the audio recording, Borker uses a computer program. The program helps to distinguish between bird calls and background noises of the island. Currently some tweaks are still necessary before acoustic monitoring can give researchers accurate data on populations, but Borker is hopeful that once completed, the acoustic monitoring and analysis will be more efficient than manual counts. David Mellinger, an Oregon State bioacoustician explained that acoustic monitoring could even help with accuracy:

If you are sitting there for hours [counting birds] your attention tends to wander. A computer it is more consistent. Computers don’t get bored. 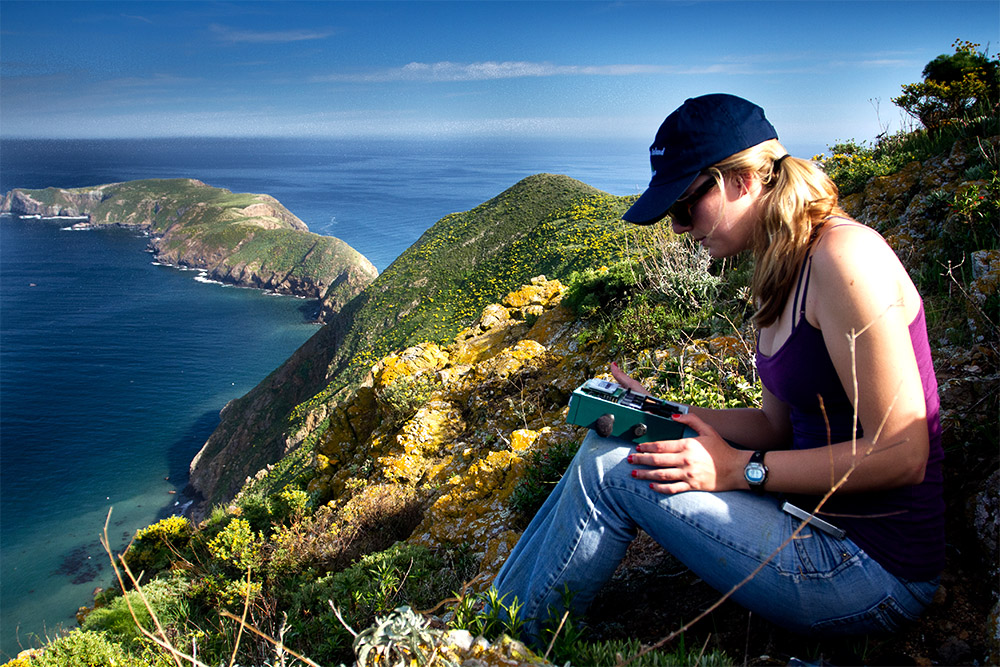 Acoustic monitoring for seabirds calls is not a new idea. Island Conservation used audio recordings on Hawadax Island, Alaska, formerly known as Rat Island, to monitor for calls of the elusive Leach’s Storm-petrel after removal of invasive species. The recordings found that the birds were returning thanks to the removed threat of predation by invasive rats. Borker’s important work is developing at a critical time for conservation; his efforts will build upon the currently available technology and enhance conservation efforts for seabirds.