Conservationists in New Zealand work to save the Mahoenui Giant Wētā, a native Endangered insect threatened by invasive rodents.

The Mahoenui Giant Wētā is one of the world’s largest insects. The mouse-sized insect is endemic to the Mahoenui region of New Zealand. Giant Wētā are considered by many to be ugly. They smell, and are uncomfortably large. The insect’s name is derived from the word wētāpunga–“God of Ugly Things” in the indigenous Māori language. This Endangered native Wētā lacks the cute appeal and stardom received by many of New Zealand’s Endangered species, but it’s nonetheless an important member of the native ecosystem. It’s not unusual for threatened insects to be overlooked:

The Red List of threatened species, compiled by the International Union for Conservation of Nature, includes 1268 insects, yet most of them have gotten no attention.

Found only in New Zealand, Wētā are dated living nearly 65 million years ago. After the dinosaurs disappeared, rodent species and other small mammal populations exploded on land masses. However, New Zealand formed into an island 15 million years before the mammalian takeover and biodiversity took a different route. Native ecosystems in New Zealand evolved nearly mammal-free, permitting native insects and flightless birds to thrive.The Giant Wētā grew enormously in size and population thereafter. Among other positive contributions, they are known to disperse native plant seeds.

Now, fast forward to nearly 800 years ago; invasive rats scurried up the shores of New Zealand. They arrived by boat, hitchhiking with European explorerers. Lacking defenses against the invasive predators, Giant Wētā (along with many other native species) became easy prey. Over time, the invasive rats fed heavily on Giant Wētā population, pushing the species to the edge of extinction. 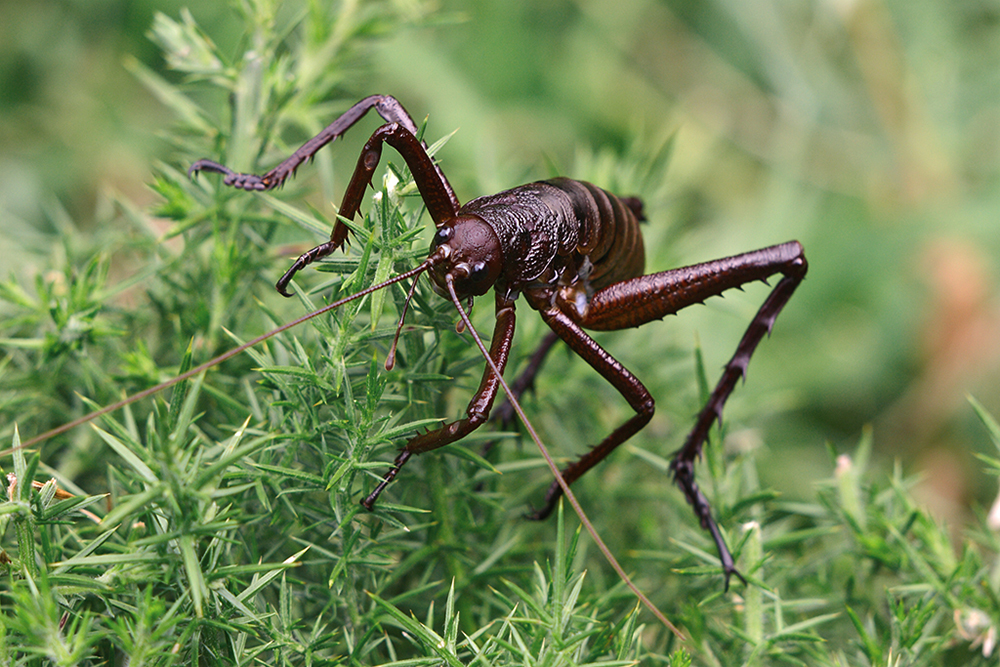 In 1962, conservationists made a discovery in a pasture in Warrenheip, New Zealand: non-native goats feeding on a non-native plant may be the only reason the Mahoenui Giant Wētā survived. Farmers introduced Gorse bush and it spread wildly, overtaking vast areas of New Zealand country. Non-native goats nibble and graze the Gorse branches down, creating an impenetrable fortress for Giant Wētā. The thorns keep the Endangered native insect safe from invasive rodents. Although the Gorse bush is a brilliant accidental refuge for Giant Wētā, this habitat is far from ideal. Gorse is fire-prone, and some researchers fear that fire can cause the extinction of Giant Wētā. Also, females must leave the bush to successfully lay eggs—digging a hole and depositing the eggs into the ground. Exposed and unprotected from invasive rodents, females are an easy target and struggle to successfully reproduce. 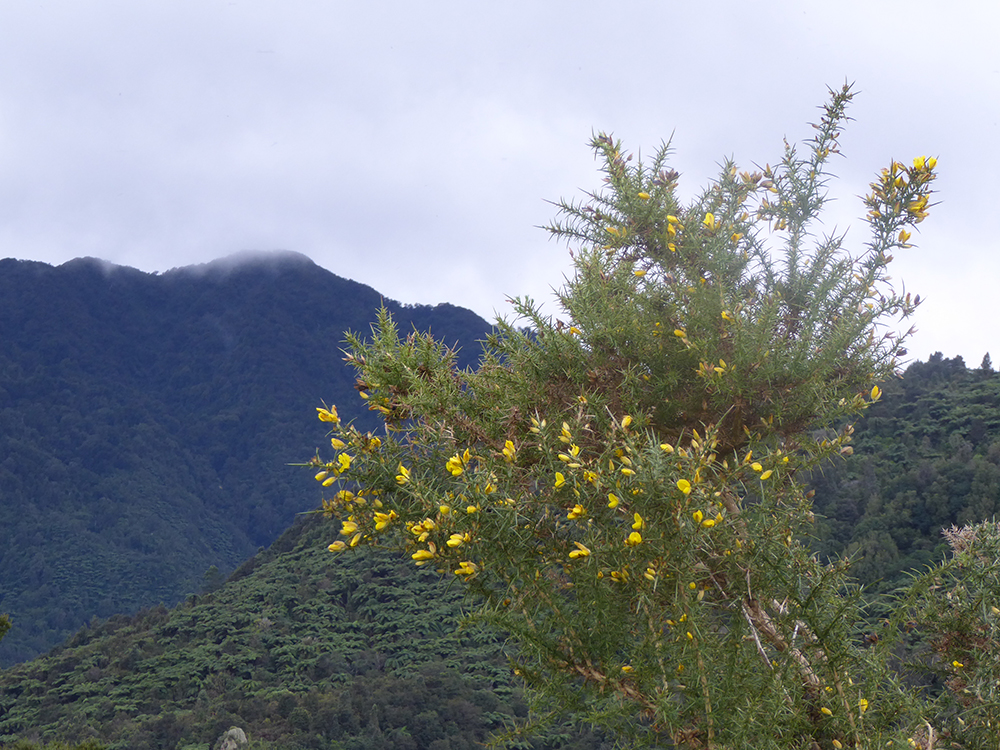 Non-native Gorse bush found in Kaimai Mountain range, North Island, New Zealand. Non-native goats chew the branches down, creating a safe haven for the Mahoenui Giant Wētā. The thorns prevent invasive predators from eating the Endangered native insect. However, the plant is not ideal for the region. Credit: Maurice

In 1990 the original pasture was made into the Warrenheip Reserve by the New Zealand government. The goal: to save the Giant Wētā from extinction by removing invasive mammalian predators and safekeeping the Giant Wētā by erecting special fencing. Conservationists are researching ways to safely reintroduce Giant Wētā into their native habitat. Removing invasive predators will secure a recovery for the Endangered insect.

Restoring native ecosystems is a priority in New Zealand.The government’s plan for the country to be Predator Free by 2050 lends hope to even the ugliest of Endangered species. Though the Mahoenui Giant Wētā is not New Zealand’s cutest, the insect is crucial to a healthy native ecosystem, and therefore rightfully needs be protected from invasive predators.

Learn about other species of Wētā.