A recent study conducted by Vladimir Dinets, a professor of psychology from the University of Tennessee, Knoxville, indicates that the Near Threatened Cuban Boa hunts in packs. Never before has such a collective hunting strategy been observed among reptiles. Normally, snakes are solitary hunters, but the observed behavior of the endemic Cuban Boa suggests “coordinated hunting.” 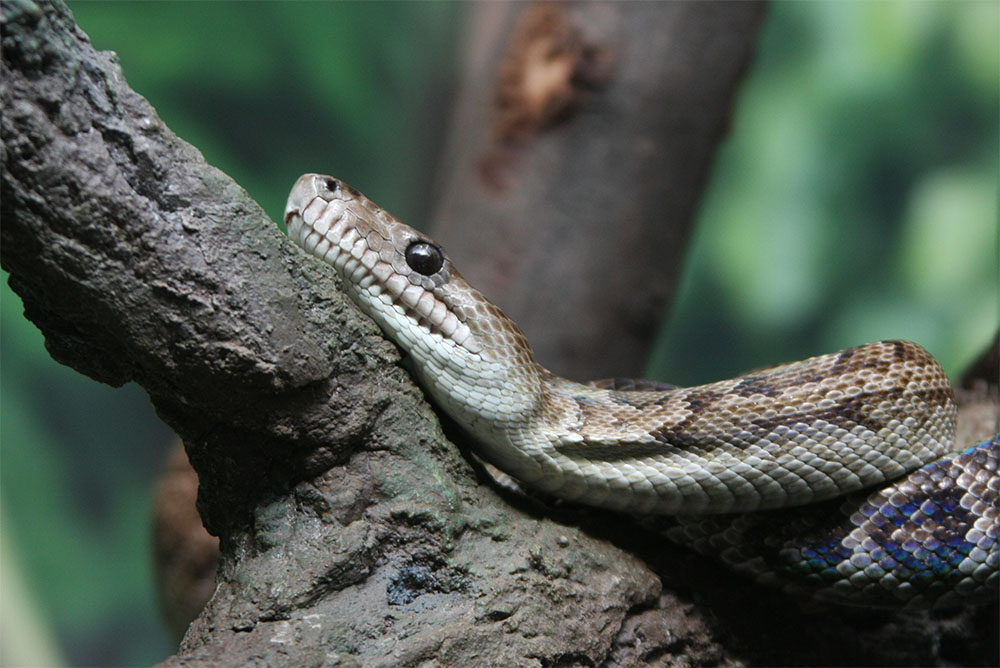 Cuban Boas feed primarily on Fruit Bats, and form groups at the mouths of caves where bats roost. Dinets describes the Cuban Boa’s hunting strategy as a “snake curtain.”

(The boas) hunted by suspending themselves from the ceiling and grabbing passing bats.

The mass gathering of snakes is not just a coincidence because of the abundant food source. The Cuban Boas have joined forces to achieve more than they would hunting on their own. Dinets states:

Snakes arriving to the hunting area were significantly more likely to position themselves in the part of the passage where other snakes were already present.

By positioning themselves in close proximity along the cave entrance, the likelihood of any one snake catching a bat is greater. Dinets claims that this sophisticated collaboration is unprecedented behavior for reptiles.

BBC’s Planet Earth II features Galápagos Racer Snakes hunting baby Galápagos Marine Iguanas, however it is unlikely that the snakes are coordinating to improve the success rate of other surrounding snakes. In the case of Galápagos Racers, it is still every snake for itself.

The distinction between the strategy of the Galápagos Racer Snakes and the Cuban Boa’s lies in collaboration between individuals. The probability of a swarm of snakes successfully feeding is less than that of a coordinated group of snakes. The statistical probability of success is greater for group hunters due to organization which contributes to overall efficiency.