Statement – Our world’s island communities, plants and wildlife are in crisis due to invasive species, a leading cause of extinctions. Nearly forty percent of IUCN Red Listed[1] species and one in ten humans live on islands. Damaging, invasive alien rodents have invaded an estimated ninety percent of our world’s island archipelagos. Eradicating this threat from islands provides significant public and conservation benefits. However, today’s eradication tools limit the rate and scale at which this crisis can be curbed.

As the only global biodiversity conservation NGO dedicated solely to preventing extinctions by removing invasive species, Island Conservation is in a unique position to contribute to a cautious investigation of the scientific, social, and ethical suitability, and risks of promising new genetic tools that could help protect and restore island communities and endemic species at a rate matching the magnitude and urgency of the problem. 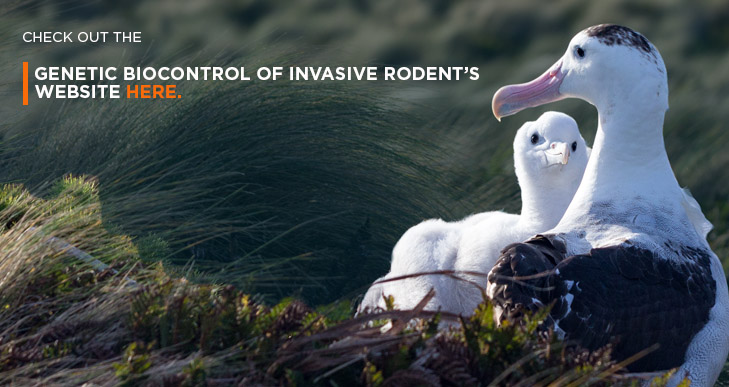 Background – Our world’s biodiversity is threatened by a mass extinction crisis, the first ever caused by humans. Eight out of every ten recorded animal extinctions have occurred on islands, and invasive alien species are identified as a key driver in these events. Today, almost forty percent (40%) of the world’s species at risk of extinction depend on islands. Invasive alien species also threaten food security, livelihoods and economies, and health and well-being. The need for solutions is urgent.

There have been more than a thousand island invasive species eradications around the world. Hundreds of powerful case studies demonstrate that this conservation intervention is a powerful, cost-effective way to protect biodiversity. Once free of invasive predators, at-risk island plants and animals have an opportunity to recover and thrive, often with little additional intervention.

However, the limits of today’s conservation eradication tools constrain the rate of such interventions. On large islands, use of toxicants is currently the only effective strategy to remove invasive rodents, but social, ecological, and financial constraints limit their use. The interventions on islands per year does not begin to match the scale or urgency of this global crisis.

Island Conservation is uniquely positioned, and has a responsibility, to help the conservation community identify and assess potentially transformative innovations that could accelerate the rate of island invasive species eradications.

Gene-drive modified rodents is a promising concept. A mouse genome may be adjusted such that all its offspring are male. Utilizing a naturally occurring gene drive in the mouse genome could cause almost exclusive bias male-only inheritance. Once these mice were introduced and interbred with an island’s invasive mouse population for several generations, a virtually all-male population would be unable to reproduce, effecting an ‘eradication by expiration’, which holds promise as a transformative innovation for island restoration.

Yet, gene-drive modified organisms also have potential for misuse, as well as irreversible effects on ecosystems, and consequences for food-security. They raise many social, ethical, and ecological questions. So any effort to prove-the-concept of this potential tool must be cautious and deliberate in evaluating all potential risks and costs against the benefits.

The US National Academy of Sciences (NAS) “calls for a robust method to assess risks. A phased approach to testing, engagement of stakeholders and publics, and clarified regulatory over­sight can facilitate a precautionary, step-by-step approach to research on gene drives without hindering the development of new knowledge…[and]…although there is insufficient evidence available at this time to support the release of gene-drive modified organisms into the environment, the likely benefits of gene drives for basic and applied research are significant and justify proceeding with laboratory research and highly-controlled field trials…”[2]. 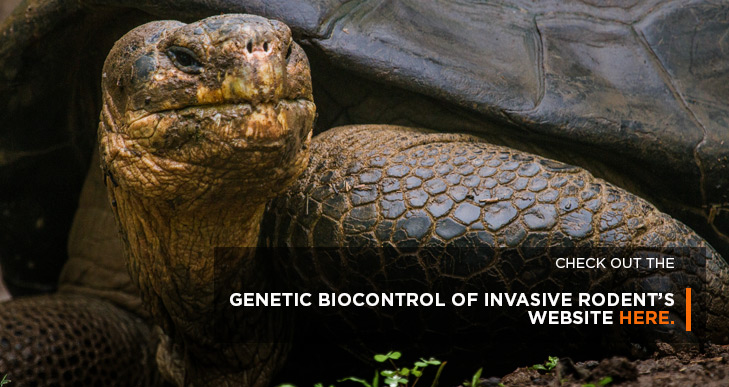 Island Conservation has begun working with an international partnership of NGOs and Governments to investigate genetic biocontrol of invasive rodents on islands and is conducting a multidisciplinary assessment of the social, ethical, and biological risks of gene-drive modified organisms for island invasive species eradications. The partnership is engaging governments with advanced environmental regulations to determine what robust regulatory frameworks would be necessary to contemplate highly-contained field trials. The investigations’ empirical data, results, findings, intellectual property, and products will be transparently maintained as open-source and made available to other scientific, governmental, or NGO institutions committed to conservation, humanitarian, or other not-for-profit endeavors and the principles herein.

While it’s far too soon to promote or endorse the use of these tools for island invasive species eradications, we would be remiss if we didn’t explore these options. We may well be faced with the choice of considering cautious application of these tools or accepting the fate of extinctions for thousands of unique, island endemic species.