Conservationists in New Zealand are working to reintroduce the North Island Robin to the Tararua range, where the population has dwindled due to invasive species.

The North Island Robin is a small, grey bird native throughout New Zealand. But in the 1970’s they disappeared from parts of their natural habitat including the Tararua range. Why? Invasive predators. Conservationists are trying to stop the species’ decline as part of a long term plan to protect New Zealand’s native species from invasive predators.

New Zealand’s Predator Free 2050 plan is an ambitious goal to remove invasive predators such as rats, possums, and stoats, which have diminished native bird populations throughout the island nation. Removing these non-native and harmful predators has been shown to have a profound impact on recovering native wildlife. New Zealand is taking the lead in this important approach to biodiversity conservation and extinction prevention. The plan offers hope to the North Island Robin and other native New Zealand Species. 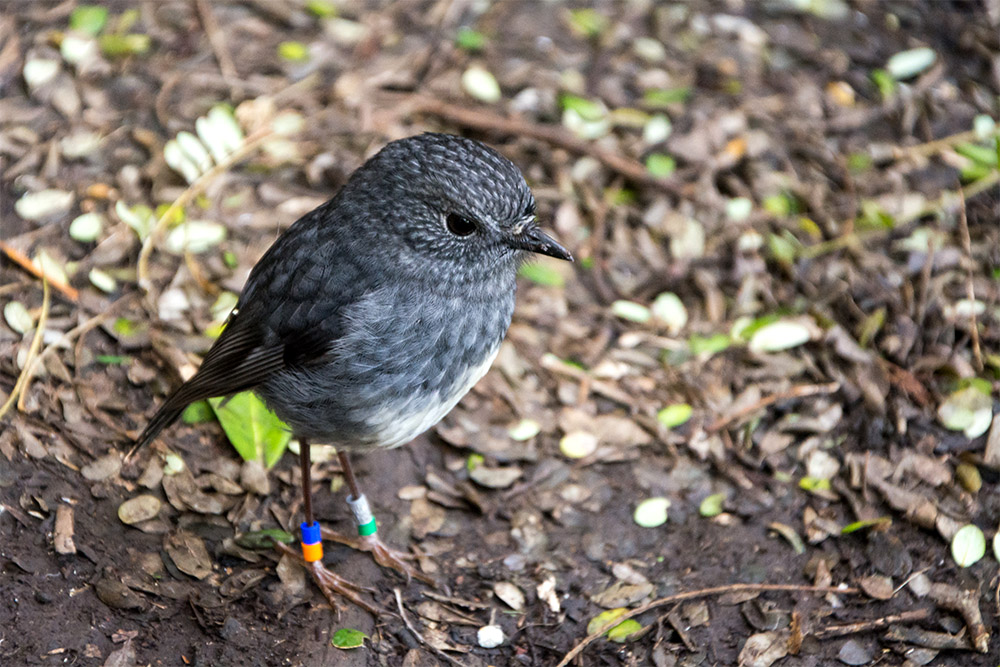 Conservationists in New Zealand have been working for years to remove invasive predators from islands where native species are threatened. Now they are working to reintroduce a species that has been lost in much of its historical range. A plan to reintroduce the North Island Robin to the Tararua range is in the works and will hopefully help re-establish lost populations.

For the past eight years, a group of volunteers has focused on removing invasive predators from a 90ha area. Department of Conservation ranger Sandra Burles commented:

This area of the forest is already home to a number of native birds such as Tui, Tomtits, Bellbirds, Rifleman, and Whiteheads. The plan to reintroduce the North Island Robin will hopefully give them another stronghold for the population. Allowing the North Island Robin population to expand to its former range would be a step closer to recovery for the New Zealand forest.