The challenge on Ascension Island is to maintain a balance of the new and the old. A novel ecosystem is an ecosystem engineered by humans. Over the last 150 years, non-native plant species were planted on the remote Island in the Atlantic Ocean. What began as an experiment to transform an ecosystem has left researchers to observe the relationship of native and non-native species. Island species are highly vulnerable to invasive species impacts–is there room for non-native plants to grow on Ascension Island? 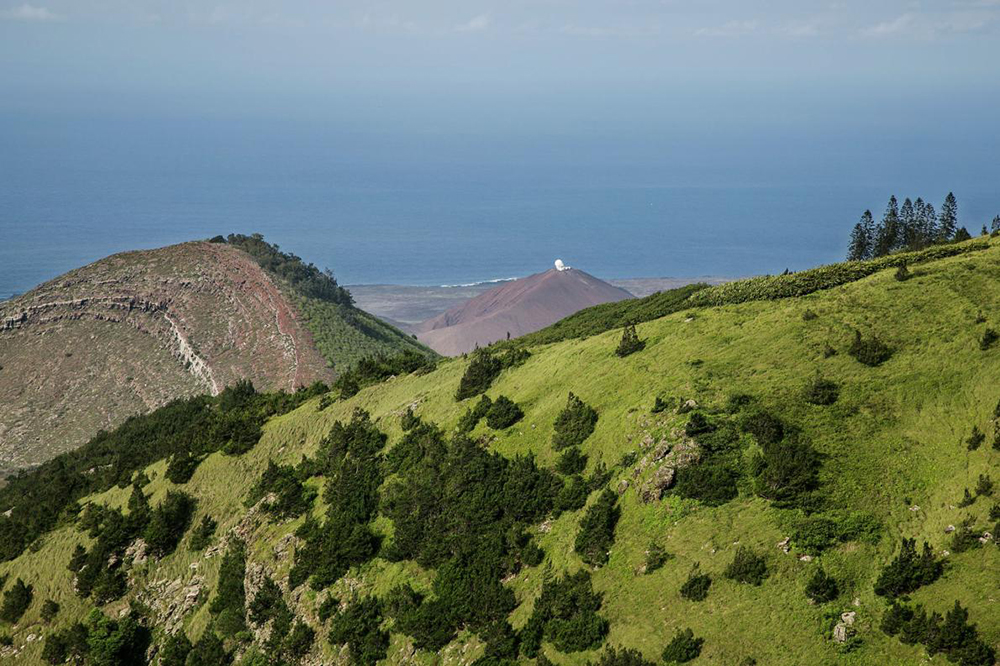 Ascension Island’s natural landscape is desolate. The foreboding terrain inspired Charles Darwin to include the word “Devil” in the name of several of Ascension’s volcanic rock features. He arrived to Ascension from the Galápagos, calling the island ‘”Hideous.” It was Darwin who conceived the idea to engineer a new environment on Ascension. Sir Joseph Hooker, a young botanist, took on the challenge. In 1843 he embarked on a life-long experiment and introduced 330 non-native plants to Ascension Island. By 1870, more than 5,000 trees were planted. The experiment transformed the island ecosystem.

The landscape on Green Mountain stands lush and stoic but is also covered with an artificial green ecosystem. Moisture is captured in the arms of the tall non-native trees and the water forms a pond on the forest floor. Not too long ago, merely one solitary tree stood swaying above the dry landscape of Ascension Island. However, the transformation on Ascension Island comes at a cost. As an elderly man, Hooker expressed regret in his journals.

The intentional non-native species distribution, at this scale, made room for unintended consequences. Only a few native plant species survived. Hydrology and soil changes were noted, and the scarce endemic plant species, still left on the island, were observed competing for regeneration.

Ascension Island naturalist Stedson Stroud is leading the efforts to facilitate recovery of endemic species. Two native fern species grew on Ascension for thousands of years, and have found refuge from the onslaught of new competitors in the mosses of non-native trees. Stroud is planting more of these trees in hopes of sparking population growth in these two adaptive ferns. The trick to conserving these ferns is to help them adapt and coexist with the non-native trees. However, it is still too early to know whether the ferns are thriving in their new habitat. 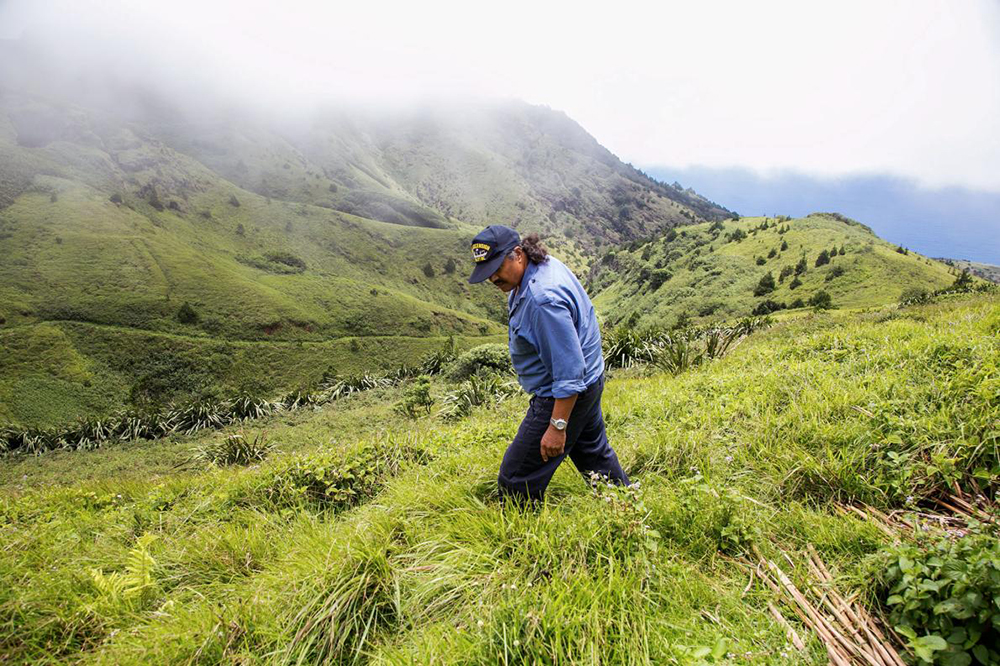 Ascension’s unusual history could be valuable as a reference point for some of today’s greatest environmental puzzles. Island Conservation board member and invasive species expert Daniel Simberloff suspects that further research on Ascension Island could generate insight into challenges like greening Earth’s deserts and expanding local crop production to meet the human population’s nutritional needs.

It is too late to erase the history on Ascension Island. For now, conservationists are concerned with maintaining a healthy relationship between the new and old ecosystems.