The Bronx Zoo in New York will soon open a Blue Iguana exhibit to celebrate the slow but steady recovery of the Endangered Species.

There were once fewer than 20 Blue Iguanas (Cyclura lewisi) in the world, but the Bronx Zoo in conjunction with National Trust for the Cayman Islands Blue Iguana Recovery Programme, the Cayman Islands Department of the Environment, and the IUCN Iguana Specialist Group have made huge progress towards saving the species from the brink of extinction. 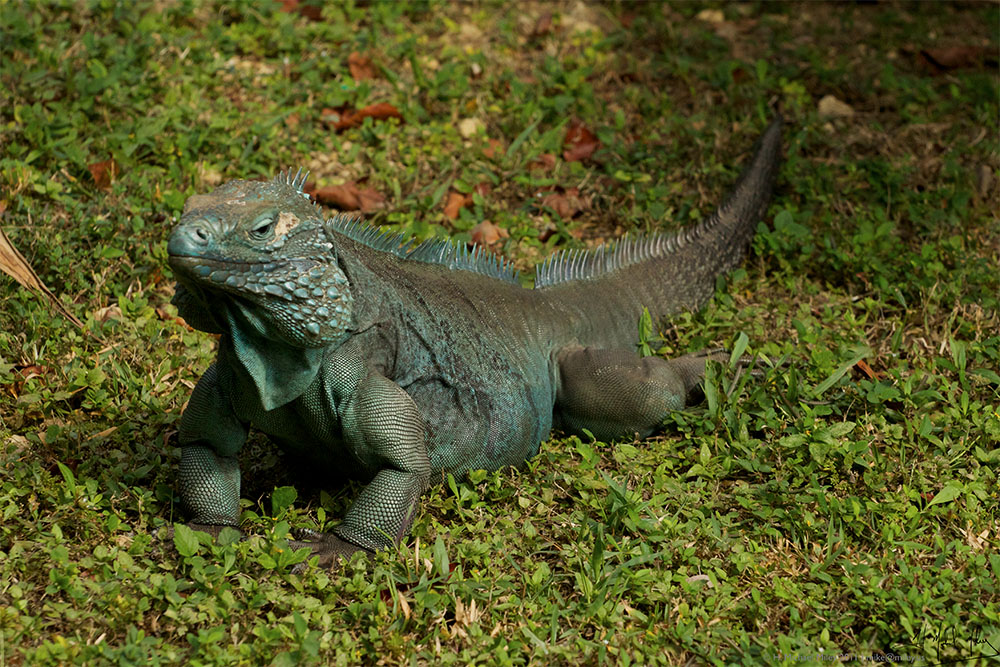 Although many people have never heard of a Blue Iguana, the animals at the Bronx Zoo will help us tell the story of their species – a wonderful story of conservation success…Blue Iguanas were functionally extinct just a few years ago and would not exist on this planet today if it were not for the collaboration and intervention of these groups.

The recovery effort has made tremendous strides, with almost 1,000 iguanas released since its start and production of data that shows higher survival rates and breeding success in the wild. This effort has resulted in the down listing of the species from Critically Endangered to Endangered.

Blue Iguanas are named for the blue coloration of their skin. They are found only on the island of Grand Cayman. The species is the largest native animal on the island, weighing up to 30lbs and measuring five feet in length. This conservation program has helped to protect them from threats such as feral dogs and cats, which prey on hatchling and juvenile Blue Iguanas on Grand Cayman Island.

To celebrate the program’s success, the Bronx Zoo will be opening a new exhibit featuring two young Blue Iguanas. The breeding program hopes the two will eventually breed, which would increase the genetic viability of the captive breeding program. The down-listing of the species is an incredible step, but there is still more work to do for this and other species.