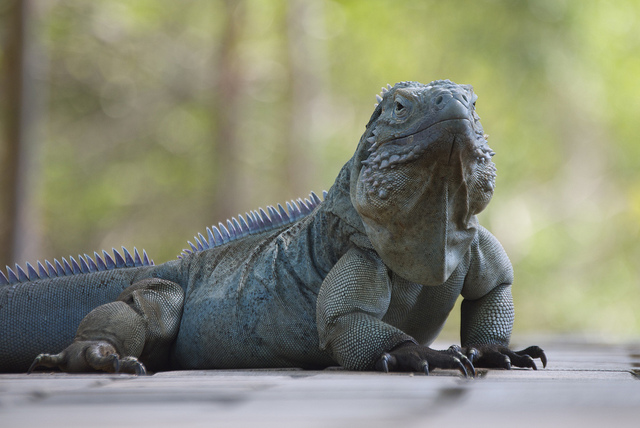 Blue Iguanas, threatened by invasive species, were downlisted from “Critically Endangered” to “Endangered” thanks to conservation efforts.

What could possibly put a 5-foot long, 25-lb giant reptile on the Critically Endangered species list? How could the largest species on the Grand Cayman Islands be at risk of extinction? Under normal conditions the Blue Iguana would thrive in its native home. It would play a key role in the ecosystem by dispersing fruit seeds around the island. But when a suite of invasive species were introduced to the island, the Blue Iguanas were suddenly at risk. The invasive species prey on iguana babies and juveniles. These rapturous reptiles have no way to defend themselves against the unprecedented predators. 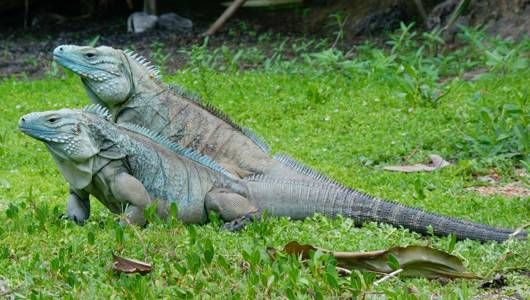 We are confident that we will achieve our long-term goal of restoring at least 1,000 Grand Cayman blue iguanas to the wild. – Fred Burton, director of the Blue Iguana Recovery Program.

Fortunately, conservationists implemented projects to restore the Blue Iguana population to a healthier size. Captive breeding and release programs are proving effective. In April, the Blue Iguana officially advanced from “Critically Endangered” to “Endangered.” This shift marks an important achievement for the rare species, but the work is only just beginning. If Blue Iguanas are to continue to survive on Grand Cayman Island, they will also need their habitat to be devoid of invasive species.