Researchers have found two active nesting sites of the Band-rumped Storm-petrel on the slopes of Mauna Loa, Hawai’i.

7,000 feet above sea level on the Big Island’s Mauna Loa volcano, researchers have found a population of locally Endangered Band-rumped Storm-petrels. Although the species can be found throughout the Atlantic and Pacific oceans, the Hawaiian populations are not well researched.

The seabirds were believed to nest on Kauai based on observations of juvenile populations along the coast, but nesting sites had never been found. Recently, researchers were monitoring for Hawaiian petrels on the Big Island on the slopes of Mauna Loa when acoustic monitors picked up the calls of Band-rumped Storm-petrels. 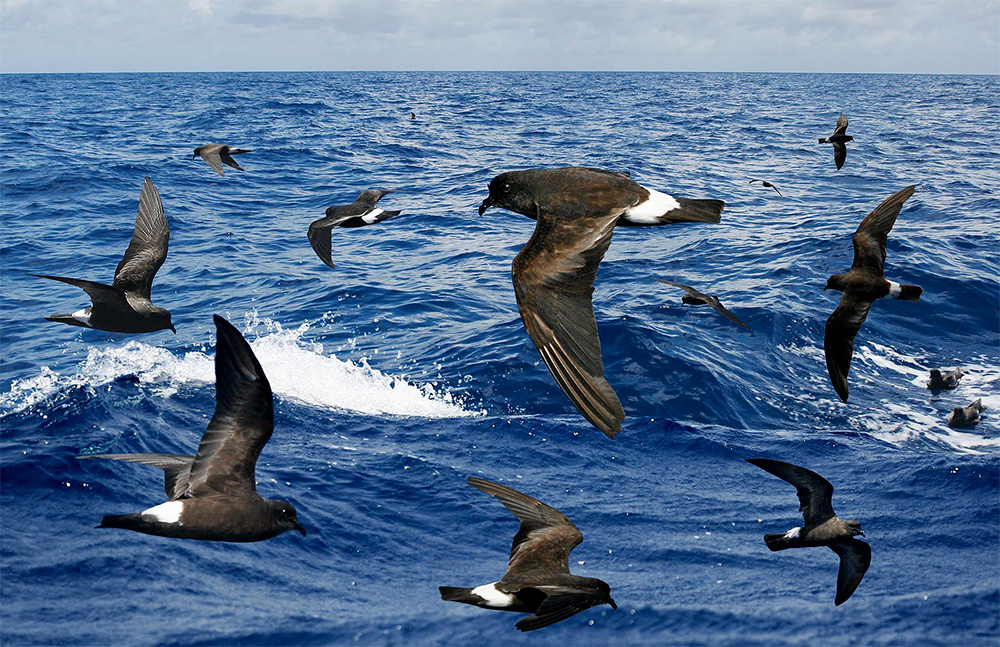 Now researchers know the general location of the birds’ nests, but finding the nests, which are underground, is a challenge. Lena Schnell, Program Manager for Pohakuloa Training Area Natural Resources Office and her team searched for nests using a variety of techniques and ultimately have found two active nesting sites in the Pohakuloa Training Area between Mauna Loa, Mauna Kea, and the Hualālai volcanic mountains. These are the only known nesting sites for the birds in the state.

Plans are already underway to remove feral cats from the area; these invasive predators hunt native birds and are one of the main threats to the Endangered petrel species. Now that researchers know that the petrels do in fact nest in Hawai’i, they can work to protect the species by focusing on predator removal and hopefully give the population the boost it needs.