In 1990 the Jamaican Rock Iguana (Cyclura Collei) was believed to be extinct. In 2013, following a rediscovery, the Critically Endangered iguana came under threat by a proposal to develop critical iguana habitat.

In 2016 a campaign to “Save Goat Islands” successfully stopped development on the islands they rely on to survive. The Goat Islands are part of the Portland Bight Protected Area, a biodiversity hotspot that holds Jamaica’s largest mangrove system and dry limestone forest. The islands are home to a variety of native wildlife that would have been threatened if development had gone through. Now the Jamaican government has gone one step further and set aside the islands with sanctuary status. 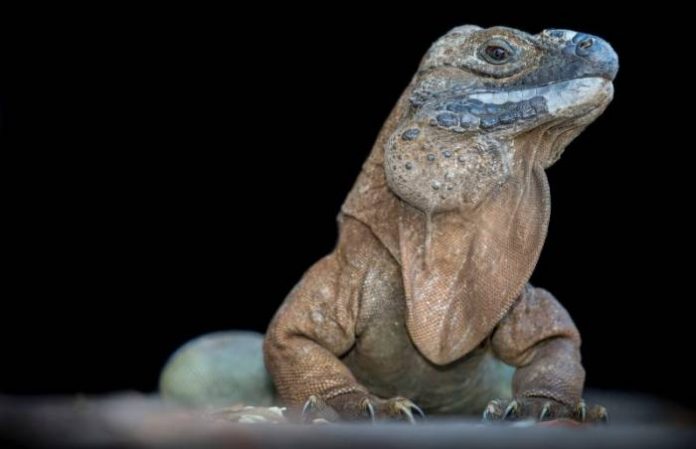 Conservationists are hard at work protecting these rare iguanas. A captive breeding program through the Kingston’s Hope Zoo is in place to keep the fragile population afloat. However, presence of invasive species in the iguanas’ habitat poses a major threat not only to the iguanas but also to many other of the islands’ native wildlife.

Researchers and conservationists are assessing the Goat Islands to catalog exactly what species (both native and invasive) are living in the sanctuary and are devising plans to give threatened native species a boost. Efforts by both the Jamaican government and other organizations have helped to save and revive the Jamaican Iguana from almost certain extinction, but with more time and dedication, this species could one day be not just recovering, but thriving on Goat Islands.