he world’s oldest known Laysan Albatross, Wisdom, has returned to Midway Atoll to nest once again.

Wisdom, a Laysan Albatross and the world’s oldest known breeding bird in the wild, has returned to Midway Atoll National Wildlife Refuge and Battle of Midway National Memorial. The approximately 67-year-old Wisdom flies thousands of miles each year to return to Midway Atoll. Her arrival is overshadowed only by the news that she has also laid an egg. 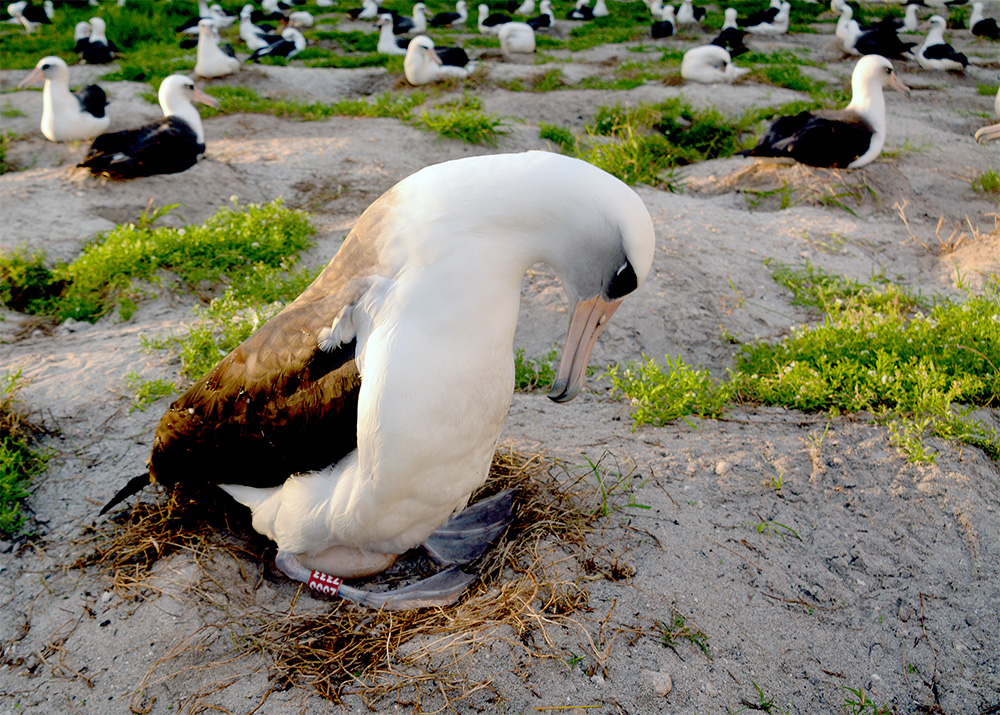 Wisdom and her egg in December 2014. Credit: Greg Joder

Each year millions of albatross return to Midway Atoll in Papahānaumokuākea Marine National Monument to nest and raise their young. U.S. Fish and Wildlife Service Refuge staff spotted Wisdom and her mate, Akeakamai, near their nest in late November, and on December 13 staff confirmed that Akeakamai was on the nest incubating an egg. Wisdom and her mate return to the same nest site on Midway Atoll each year. Since 2006, Wisdom has successfully raised and fledged at least nine chicks and traveled millions of miles in her lifetime. Bob Peyton, U.S. Fish and Wildlife Service Project Leader for Midway Atoll Refuge and Memorial commented:

An albatross egg is important to the overall albatross population…If you consider that albatross don’t always lay an egg each year and when they do they only raise one chick at a time – each egg is tremendously important in maintaining the survival of a colony. 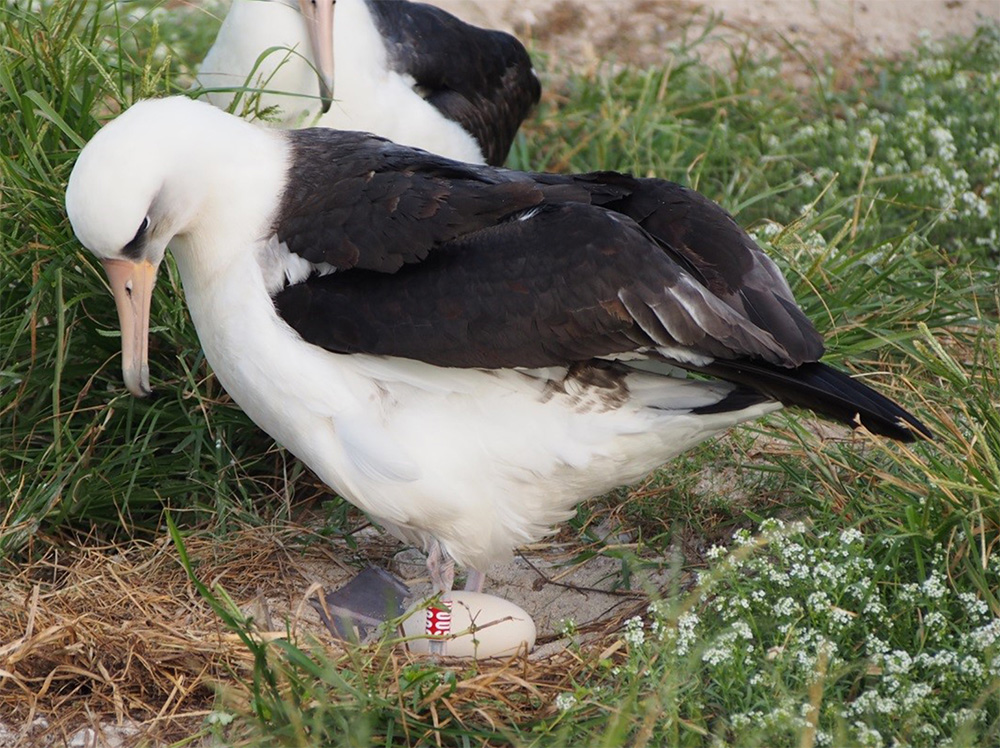 As Wisdom forages offshore for food, her mate, Akeakamai, shares the responsibility of caring for their egg. This photo captured on December 13th is the first images of Akeakamai and Wisdom’s egg since their return to Midway Atoll. Credit: Jodie Spross/USFWS Volunteer

Midway Atoll is home to over three million seabirds, including the largest colony of albatross in the world. Over 70% of the world’s Laysan albatross population and 29 species of birds rely on the Refuge as a safe place to breed and rear their chicks. 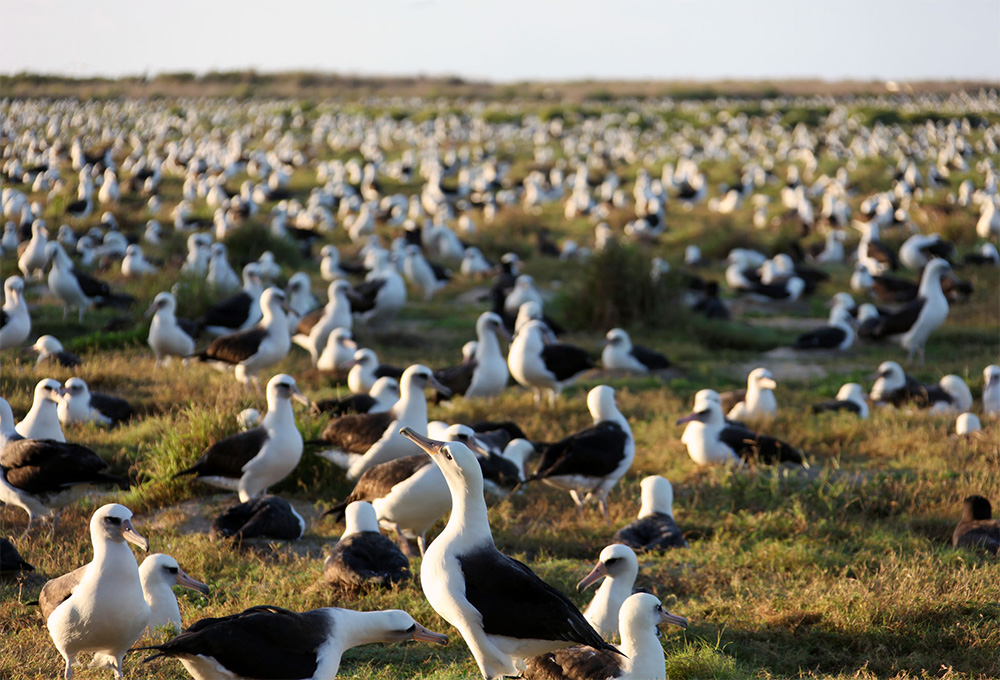 From October to December, Albatross return and descend upon the island transforming the landscape into an albatross cornucopia. Credit: USFWS

Albatross face a myriad of threats – from involving longline commercial fishing and marine debris to invasive species and shrinking habitat. Throughout the vast expanses of ocean, remote atolls and islands like those found in the Monument are critical refuges for seabirds, like Wisdom.