The Critically Endangered Chinese Crested Tern was recently discovered breeding on an island in South Korea for the first time ever.

What happens when researchers who are performing a routine survey find a rare bird that has never before been seen in the region? This was the case recently in South Korea while two researchers were performing a survey for the National Institute of Ecology of Korea. The response was celebration followed by conservation action!

Amongst a sea of Black-tailed gulls (Larus crassirostris), they noticed something peculiar – a striking bird with a distinctive black headcrest. The researchers immediately recognized this as the Chinese Crested Tern (Thalasseus bernsteini) and with fewer than 100 individuals known to exist, none of which were known to be in South Korea, the researchers were surprised to say the least! 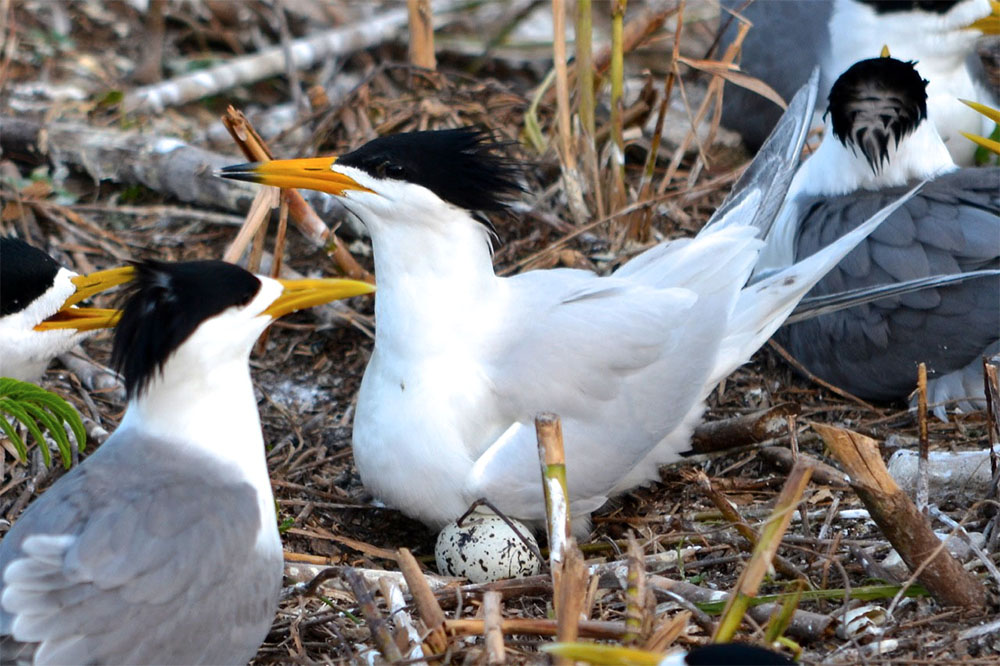 The species was only rediscovered 16 years ago after being presumed extinct in 1937. The Critically Endangered seabird is only known to have a few breeding sites, two of which were only discovered this past year. Yunkyoung Lee, one of the researchers, described how they jumped into action to protect the rare birds:

We immediately requested the Ministry of Environment to restrict all civilian access (even researchers), and to secure the area until breeding success was confirmed.

This discovery offers greater hope for the recovery of the species. Prior to this sighting, the rare seabirds had only been found in colonies with Greater Crested Terns, but by finding them with Black-tailed gulls, researchers speculate there could be more undiscovered habitat. Future conservation steps are still necessary before the birds can be in the clear, explains Mike Crosby, Senior Conservation Officer for BirdLife International:

Given this potentially larger range, we need to understand why the species is so rare – could it be caused by egg collecting and human disturbance at the nesting colonies?

Island Conservation partner, BirdLife International, has aided in the recovery of the species and hopes to continue the effort in order to recover this small population of Chinese Crested Terns.