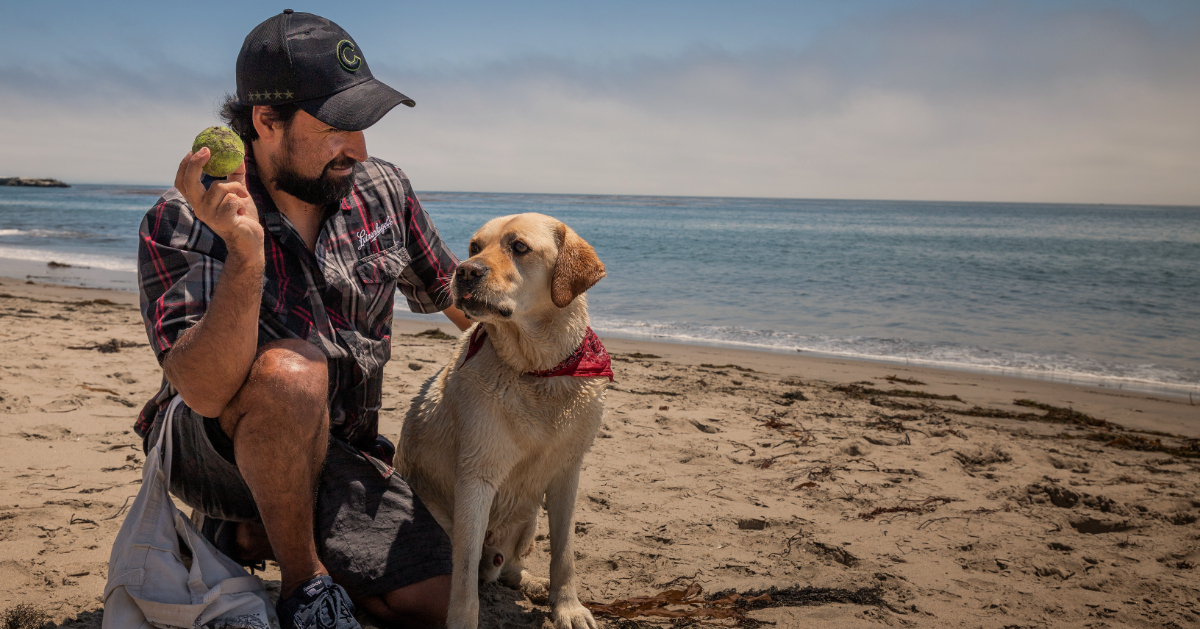 Finn the Wonder Dog has retired from his years of service as a conservation detection dog and is now living a life of luxury in Santa Cruz, California.

Do you remember Finn the Wonder Dog? Finn is a trained detection dog that has helped Island Conservation and other conservation organizations confirm the successful removal of invasive rabbits on four different islands around the world.

Finn’s story started out like many others dogs when he was rescued from an animal shelter in Australia and taken into a loving home with his owner Karen Andrews, but Finn’s keen sense of smell made him a perfect detection dog. Island Conservation staff members first met Finn on Macquarie Island where he along with a team of other specialized detection dogs searched for any remaining invasive species and with their help, the island was declared invasive-free. Finn’s final island adventures took place on Choros and Chañaral Islands in Chile with Island Conservation where he spent about 18 weeks on the islands with his nose to the ground searching for any signs of invasive rabbits.

After the project was declared a success, Karen had a decision to make – she could take Finn through the expensive and extensive biosecurity measures that are required to return a dog to Australia or she could let him retire. Ultimately, Karen decided to let him retire so Island Conservation Field Manager, Christian Lopez, adopted him. Now, Finn is living a life of luxury in Santa Cruz, California with his new owner.

Now that Finn is retired from the detection dog business he gets to relax and enjoy his retirement. Finn spends his days running along the beach, chasing tennis balls, and swimming in the Pacific Ocean.