After the introduction of invasive algae into Hawaii’s coral reefs, conservationists tried everything to remedy the problem. Now, they may have found a solution – native sea urchins.

Invasive species are a pervasive problem in ecosystems around the world and many of them have spread to these regions due to human activity or lack of knowledge at the time. Today we are faced with the challenges of cleaning up these messes in an effort to protect native species. The Hawaiian Islands are no stranger to the concerns of invasive species from mongoose to pigs to rats to plants and even algae.

In the 1970s a researcher from the Hawai’i Institute of Marine Biology introduced a non-native species of algae to the Kāne’ohe Bay of Oahu and the algae went wild. It rapidly expanded beyond the intended boundary and began to grow over native corals which are vital to the marine ecosystem. Since then teams have attempted to remedy the problem by removing the algae manually by diving down and cutting it back only to have it grow back. Brian Nielson, the lead author of the new study and an aquatic biologist with the Hawaii Department of Land and Natural Resources in Honolulu explained:

It’s exhausting work. We used to spend six to eight hours a day in the water pulling algae. When you go to sleep at night, you see algae in your dreams.”

Now, researchers think they have a method – biocontrol. Biocontrol has a problematic history within the Hawaiian Islands, just think of the mongoose which was introduced to prey on invasive rats but ultimately became another problem in itself. However, in this case, researchers are using a native species as a biocontrol – a sea urchin. Urchins are grazers and are adept at devouring entire algal forests which makes them perfect for this job. 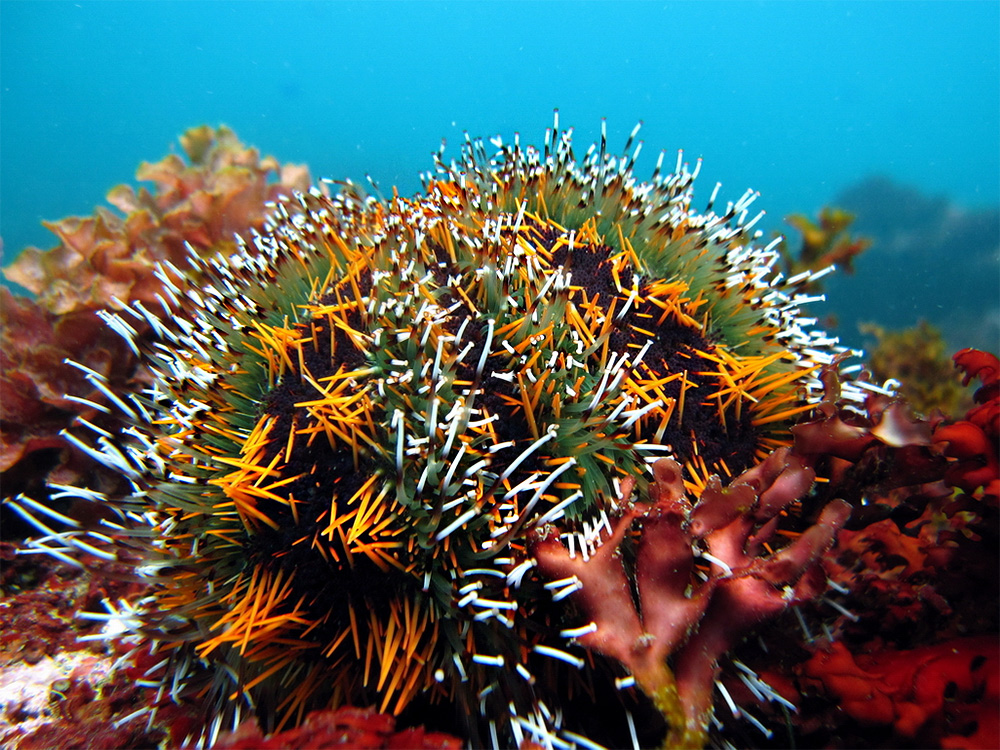 Initially, the team trimmed back the algae as so many before them had done and then carefully placed urchins in the reef making sure there were about four within every square meter. Over the course of two years, this came to a total of 100,000 urchins released. And it worked. The study found that over the two years this went on the algae cover was reduced by over 85%. Today the effects are continuing to benefit the coral reefs and researchers are even looking to herbivorous fish to aid the urchins. Kostantinos Stamoulis, a biologist at the University of Hawaii, Mānoa explained:

It’s really important to protect the herbivorous fish, given that this invasive algae is such a problem. By protecting the natural herbivorous fish populations, you enlist a lot more soldiers in your line of defense.”

Conservationists are exciting by the possibility of reducing this harmful alga and remind us an important lesson about introducing non-native species and the drastic, unforeseen consequences they can have on native ecosystems.