Learn something new every day! Are you familiar with these five fascinating island lizards?

The Marine Iguana (Amblyrhynchus cristatus) is listed by the International Union for the Conservation of Nature as a Vulnerable species. It lives among the rocks of the Galápagos islands. The Marine Iguana is well known for a behavior that is strange even among lizards: sneezing in order to remove salt water from their noses. This saline purge often results in the salt being sprayed atop their heads – giving them a salty mucous wig. 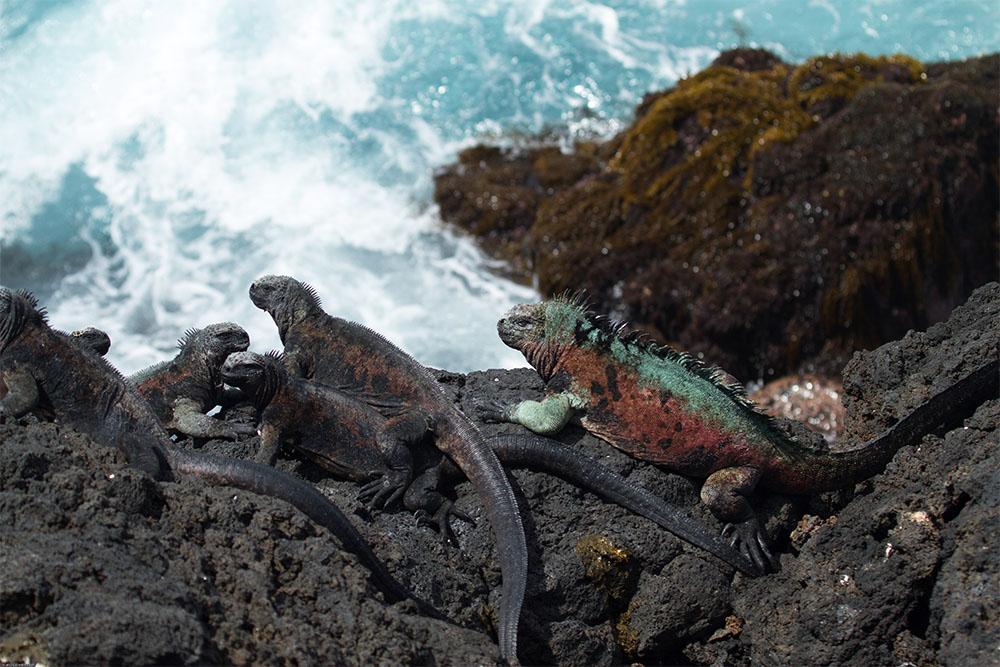 A native to the Bahamas, this Curly-tailed Lizard (Leiocephalus Carinatus) is one of five subspecies. The species gets its name from a courtship and territorial display during which it curls its tail. Evidence suggests that the lizards might also curl their tails in order to trick predators into attacking the easily detached rear rather than the head. 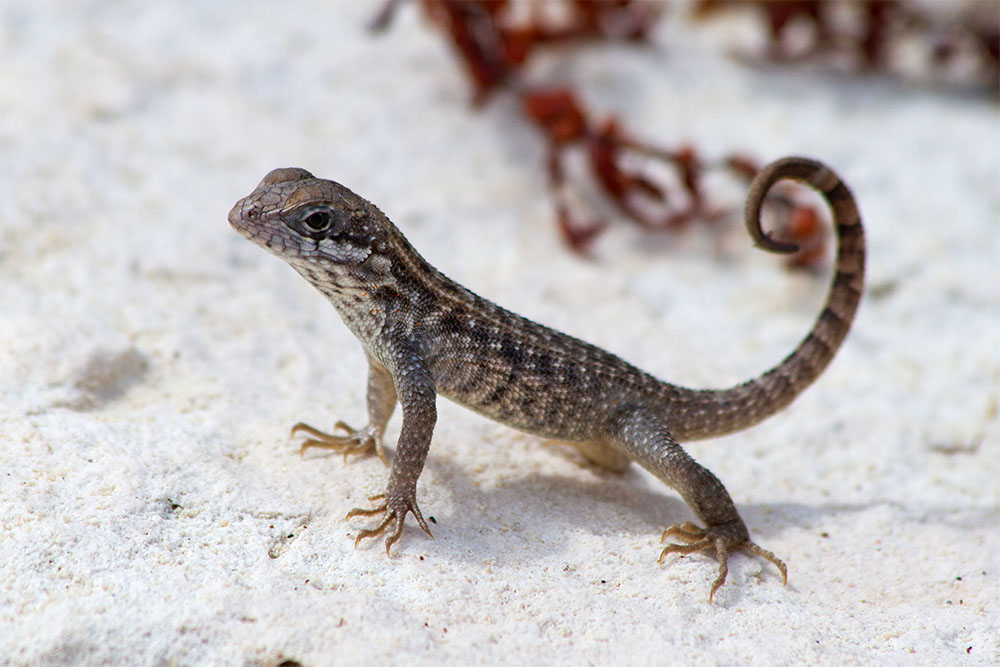 The Brown Anole (Anolis sagrei) is a native species to Cuba and the Bahamas, but is presenting a major problem in other regions where it has become invasive after being introduced as part of the pet trade. This species has a bizarre characteristic: it molts in sections rather than as a whole and then eats the molt to replenish lost calcium. 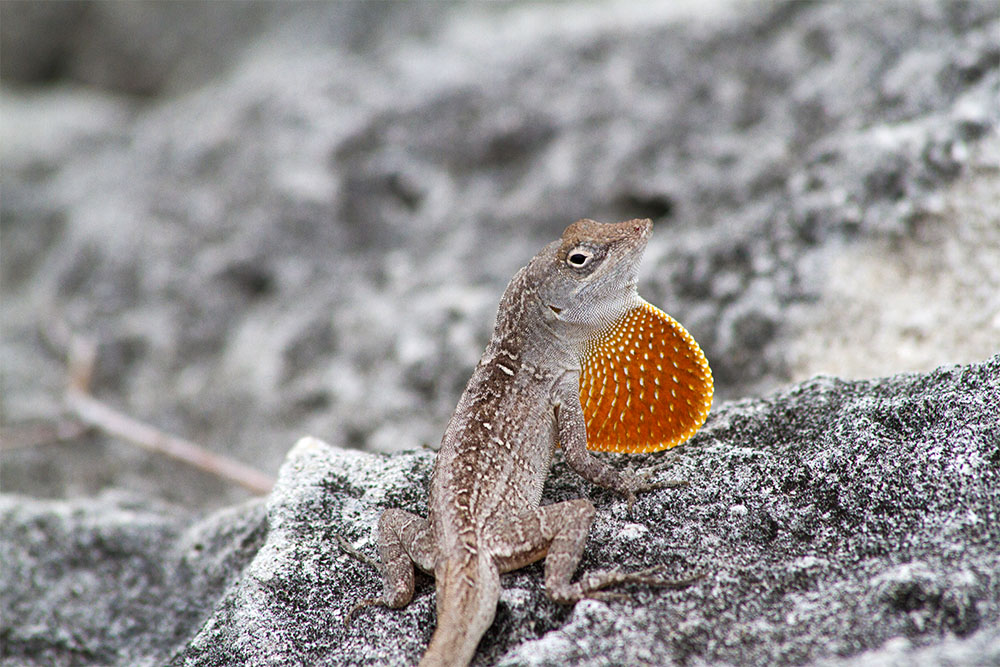 Brown Anole in its native habitat in the Bahamas. Credit: Island Conservation

The brightly colored Clarion Lizard (Urosaurus clarionensis) is a species endemic to the Clarion Islands of Mexico. The species is considered to be Vulnerable due to a number of threats brought on by the presence of invasive feral pigs and goats. Very little is known about this species, including what part of the island it inhabits. The island is largely made up of tropical dry rainforest, but researchers do not know if Clarion Lizards inhabits the forest. There is also concern that invasive feral cats are likely to harm the Clarion Lizard population. 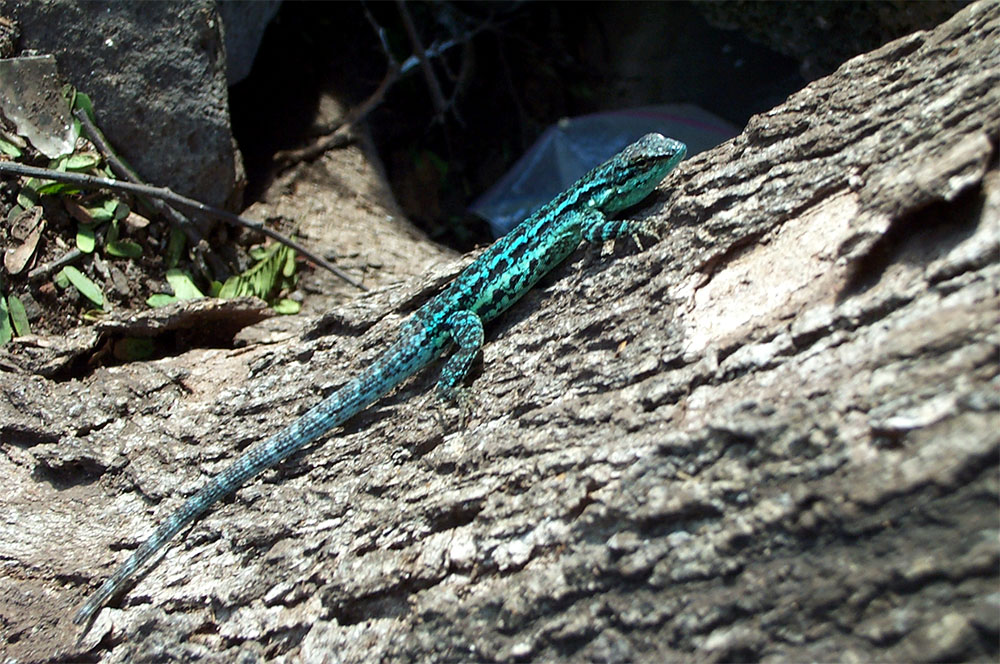 The Rabida Gecko was once believed to be extinct,Very little is known about the Rabida Gecko since most of what scientists thought they knew came from fossil record data. However, there new hope to learn more about the Rabida Gecko; in a surprising twist, Island Conservation’s 2011 removal of invasive rats on Rabida Island, Galápagos resulted in the rediscovery of the species. 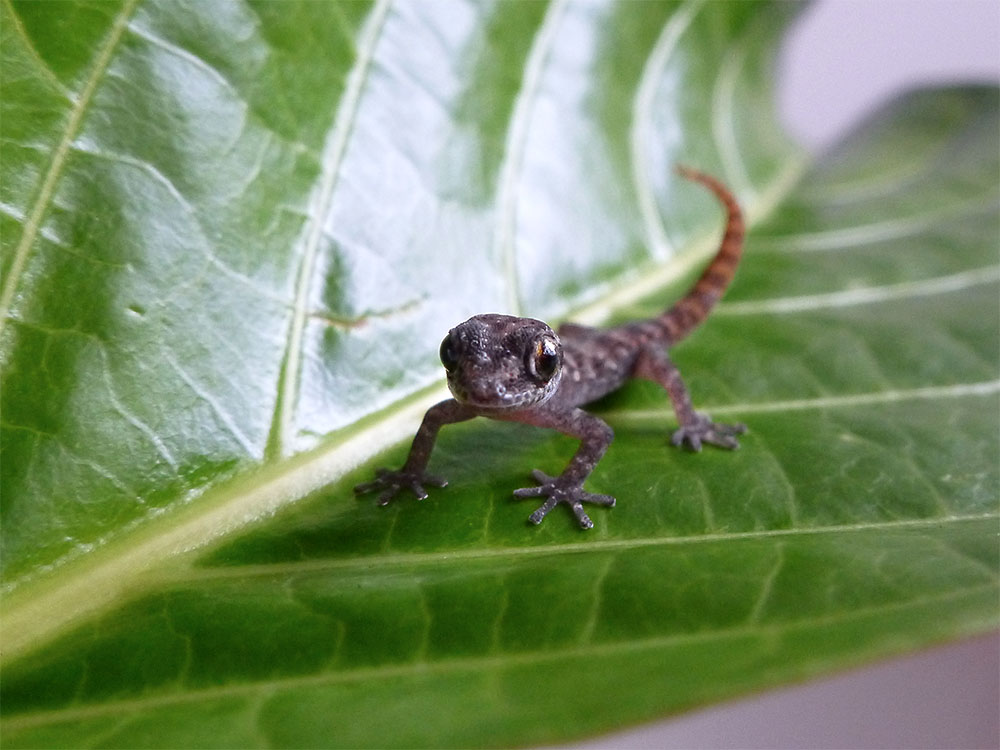