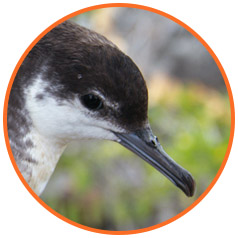 Allen Cay, Bahamas is home to an important population of the globally declining Audubon’s Shearwater and provides critical habitat for the endemic Endangered Allen Cay Rock Iguana. Invasive house mice on the cay were indirectly destroying native shearwater and iguana populations by providing an abundant food source for Barn Owls. This, in turn, increased owl densities and enabled year-round populations (the owls would normally migrate to another island during the winter). During the breeding season, Barn Owls predated heavily on Audubon’s Shearwaters and juvenile Allen Cay Rock Iguanas. It is estimated that the mortality rate for shearwaters was twice as high on Allen Cay as on nearby islands that did not have invasive rodents.

In May 2012, Island Conservation and the Bahamas National Trust worked together to remove invasive house mice from Allen Cay to protect native species. Island Conservation trained Bahamas National Trust staff in invasive species removal techniques to help build capacity for future restoration projects in the Bahamas. The partnership returned to the cay in summer 2013 to confirm removal of invasive house mice successful and to monitor ecosystem changes. In the absence of invasive house mice, we anticipate a significant increase in nesting shearwaters and rock iguanas.

TAKING ACTION TO CHANGE THE FUTURE 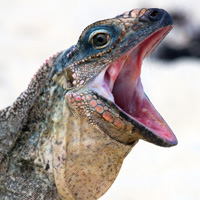 The rare Allen Cay Rock Iguana is found naturally on only three islands worldwide (all in the Bahamas) and has only two known breeding populations. Following the activities to remove invasive house mice, scientists filled natural cavities on the cay with sand to provide ideal nesting habitat for the iguana. A dramatic increase is expected—Allen Cay is large enough to double the current total iguana population in less than a generation (twenty-one years). 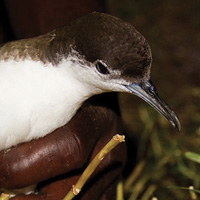 Evidence for the decline of Audubon’s Shearwaters on Allen Cay is strong: the vocal activity at night has fallen dramatically. Nesting areas on the cay that were occupied in 2000 were empty by 2005 and have not recovered. The Audubon’s Shearwater has been extirpated from most of its former breeding range in the Caribbean region. The expansion of safe breeding habitat for the shearwater is essential to protecting this declining seabird from extinction. 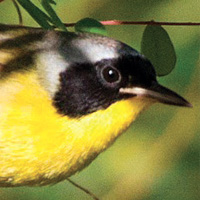 The Bahama Yellowthroat is endemic to the northern Bahama Islands and native to Allen Cay. It inhabits thick, low scrub and undergrowth and nests close to the ground in dense vegetation or tree stumps. Although similar to the migratory Common Yellowthroat, it is slightly larger, with a heavier bill, and  it resides year-round in the islands. 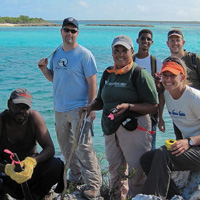 There are thousands of islands in the Bahamas Archipelago, including many protected sites in national parks, where invasive species threaten native plants and animals. By working with local partners and training them in invasive species removal techniques, we are helping build capacity in the region for future island restoration projects that can benefit seabirds, iguanas, and other wildlife in the Bahamas.

PROJECT VISION
Native seabird and iguana populations are thriving in their natural habitat.

THE SOLUTION
In 2012, the Bahamas National Trust and Island Conservation worked together to remove invasive house mice from Allen Cay; the absence of invasive mice will provide an opportunity for the island ecosystem to naturally recover. 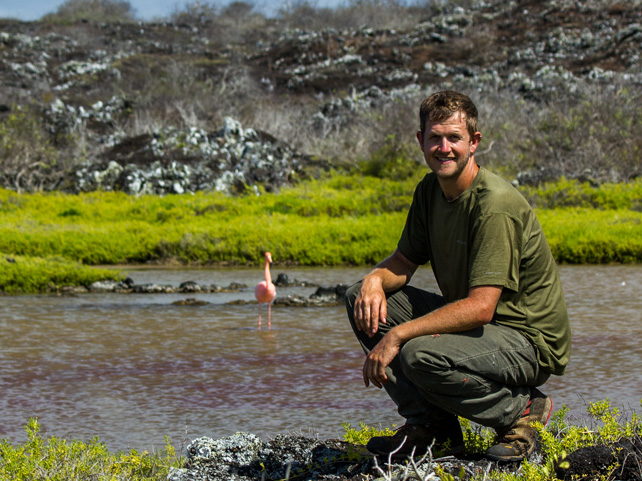 Wes received his degree in wildlife science with a minor in biology from Utah State University. He has held a variety of conservation jobs ranging from studying bats in southern Utah to working on a silviculture crew in Alaska. Wes joined Island Conservation in 2009 as part of the team dedicated to the restoration of San Nicolas Island, California. He has served various roles on Island Conservation’s projects in the US, Ecuador, Chile, Puerto Rico, the Bahamas, and the Dominican Republic. Since being promoted to project manager in 2013, Wes has supported various projects and led two.  First he focused on saving the IUCN-listed Critically Endangered Ricord’s Iguana and six other Vulnerable species by restoring Cabritos Island, which is located in Lake Enriquillo in the Dominican Republic. Since 2017, he has led Island Conservation’s efforts to restore Sand Island on Midway Atoll to protect the nesting habitat of Laysan Albatross and many other avian species.