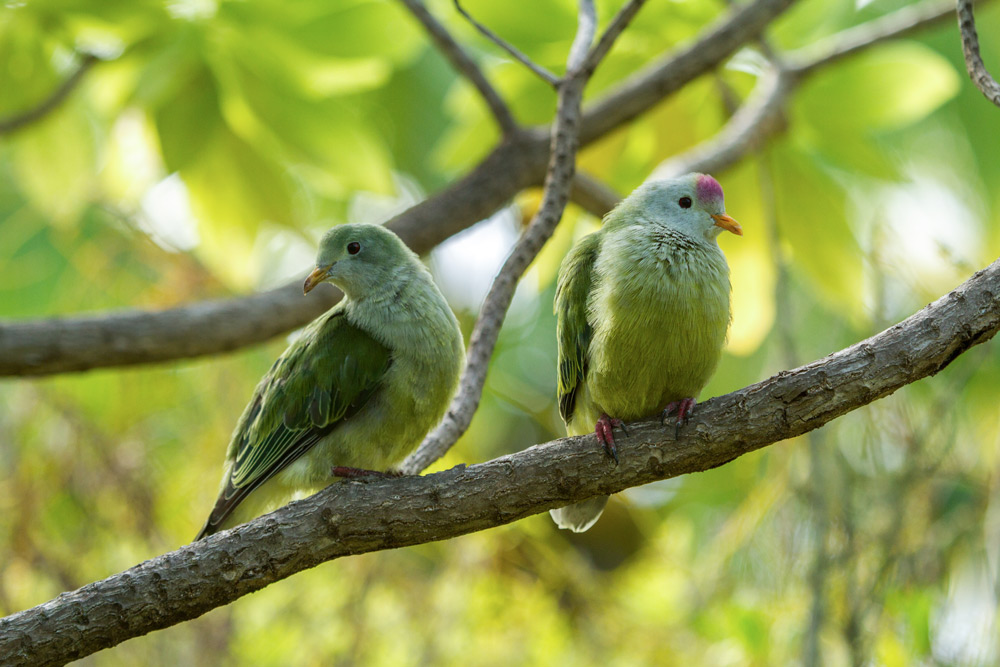 The Atoll Fruit-Dove (Ptilinopus coralensis) is endemic to the islands of French Polynesia. This bird species is listed as Near Threatened by the International Union for the Conservation of Nature due to low population sizes in areas with introduced predators. This is the only species of dove in the Tropical Pacific that is adapted exclusively to low coral atolls, where they feed on insects and seeds. BirdLife International, with Société d’Ornithologie de Polynésie (SOP Manu—a BirdLife Partner in French Polynesia) and Island Conservation completed an ambitious conservation operation on six remote islands in the Tuamotu (Acteon group) and Gambier archipelagos in July 2015. The project has expanded the range of safe habitat for the Atoll Fruit-Dove. 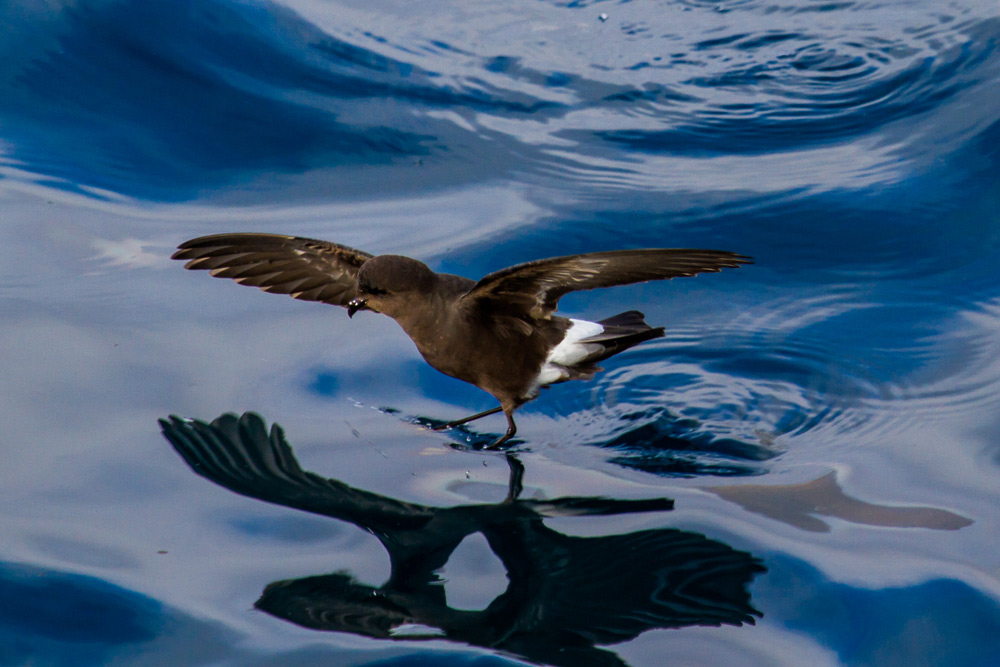 Have you ever wanted to walk on water? The White-vented Storm-petrel, also known as the Elliot’s Storm-petrel (Oceanites gracilis), captures food by fluttering just over the surface of the ocean, which gives it the appearance of walking on water. These seabirds live in the tropical waters of the Eastern Pacific, ranging from Chile to the Galápagos. Little else is known about this mysterious storm petrel. 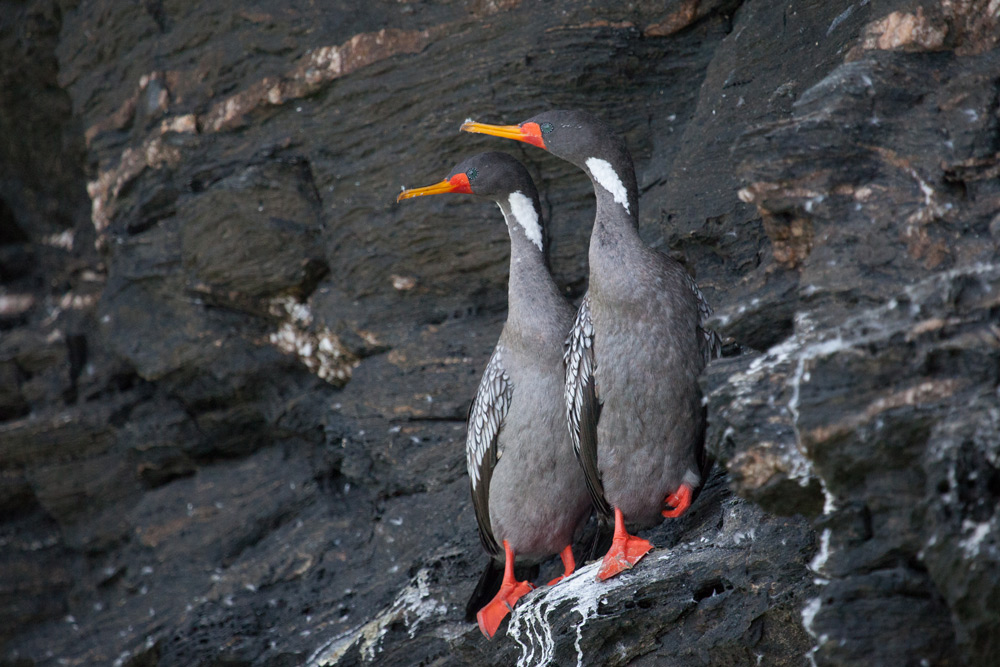 These Red-legged Cormorants (Phalacrocorax gaimardi) are a Near Threatened species that reside along the coast of southern South America. These monogamous birds are known for their unique mating displays. The male begins by making a chirping noise while moving its head back and forth to expose the inside of his mouth. As the female comes closer, the male will elongate his neck and tilt his head back. The female then begins hopping and making clicking noises to suggest she accepts the male. In recent years their populations have decreased in their northern regions due to El Niño events as well as predation by kelp gulls and humans who eat their eggs. 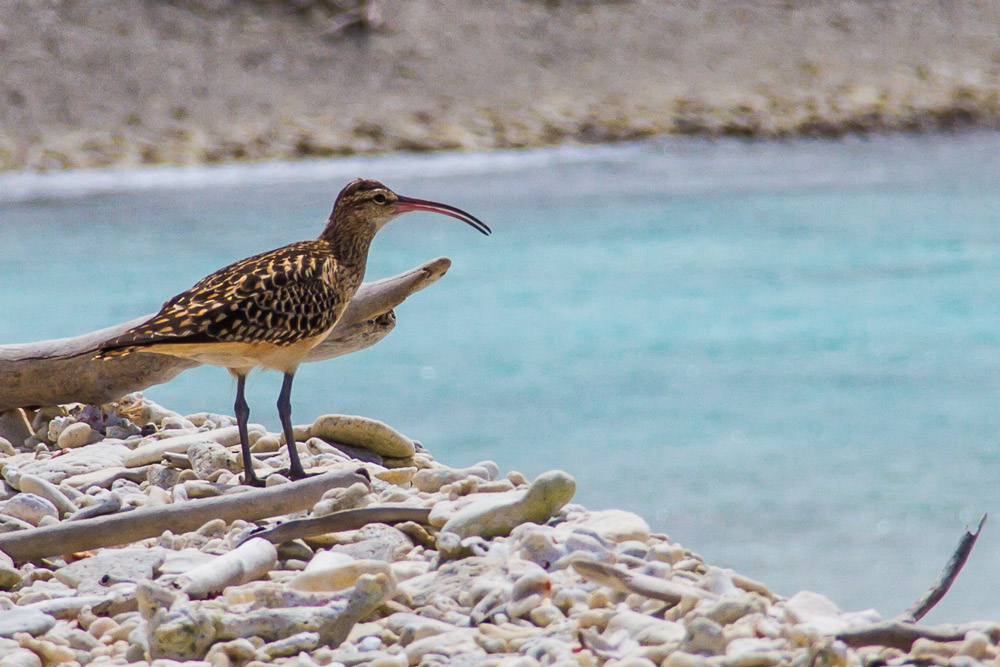 This Bristle-thighed Curlew (Numenius tahitiensis) is interesting for more than just its tongue-twisting name. Not only are breeding pairs monogamous, but they also return to the same locations during breeding and wintering months. This species is also one of the few birds known to use tools—they use rocks to crack thick egg shells in search of food. They will eat anything available, from unhatched eggs to snails, and even scorpions! Island Conservation recently conducted fieldwork on Palmyra Atoll, one of the rest stops for this migratory seabird. The removal of invasive rats from the atoll, has made Palmyra a safe place for the Vulnerable Bristle-thighed Curlew. 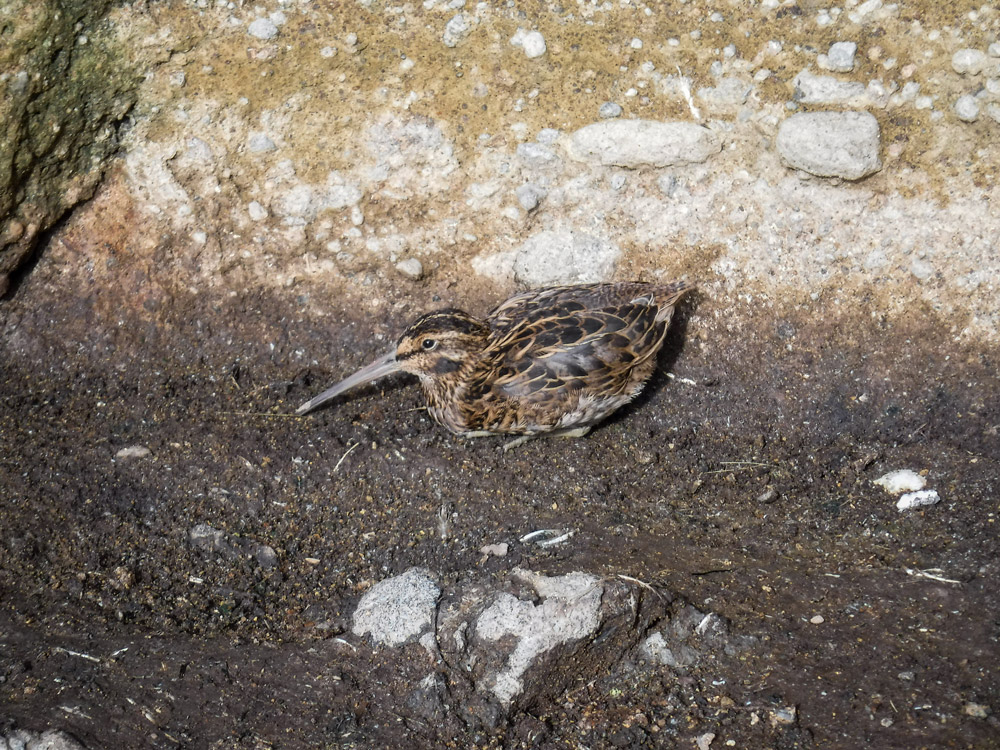 The Antipodes Island Snipe (Coenocorypha aucklandica meinertzhagenae) is a subspecies of the Auckland Snipe and is endemic to New Zealand. The males of this unique species produce loud territorial calls as well as non-vocal roars that they produce by vibrating their tail feathers while diving at full speed. This species has been particularly hard hit by invasive rats, as well as feral pigs and cats. It thrives on islands that are free of invasive species. In 2016, the New Zealand Department of Conservation and Island Conservation worked together to protect Snipe and other native birds by removing damaging invasive mice from Antipodes Island.