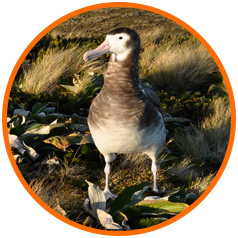 The Antipodes Islands consists of the main island of Antipodes (20 km2 or 7.7 sq. mi), mouse-free Bollons Island to the north, and a series of small offshore islands and rocks. Located in the sub-Antarctic areas south of mainland New Zealand, the volcanic Antipodes Islands are a Nature Reserve, UNESCO World Heritage Area, and Important Bird Area due to their significance as a breeding site for numerous bird species.

In 2016, a joint initiative between the New Zealand Department of Conservation (DOC), Island Conservation, WWF, and the Morgan Foundation sought to restore the Antipodes Islands by removing invasive mice. Two years later, a team returned to the island and confirmed the island free of invasive rodents. Free of invasive mice, the Antipodes Islands are expected to thrive with a significant increase in native invertebrates, which will aid in the natural recovery of the ecosystem, along with native seeds and vulnerable plants. The return of some smaller seabirds currently limited in distribution and population size to the outer mouse-free islands is also anticipated. 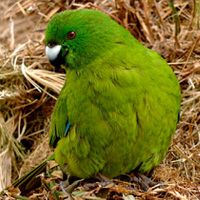 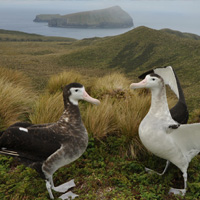 Twenty-one species of seabirds breed on the Antipodes Islands including the endemic Antipodes Wandering Albatross, which is classified in New Zealand as Nationally Critical. Albatrosses spend most of their lives at sea, returning to land (usually remote islands) to breed and raise their young. Their naturally-low reproductive rate, combined with changes in climate and habitat conditions and certain fishing practices, makes these seabirds vulnerable. Research on other sub-Antarctic islands (Gough and Marion) where mice are the sole mammalian predator, shows that they have evolved to attack and eat live albatross chicks. 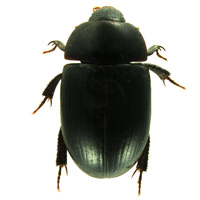 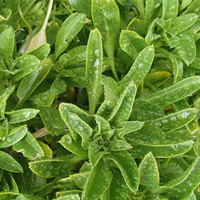 The Antipodes Islands are home to 74 native species of vascular plants, including four that are endemic to the islands. The rarest and most endangered species on Antipodes Island is Scurvy Grass, which is shared with the Chatham Islands. There are three major potential impacts upon the flora that could be resulting from invasive mice – these include browsing of plants, seed predation, and indirect impacts resulting from impacts to fauna. 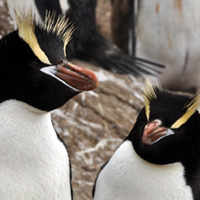 The Endangered Erect-crested Penguin is one of the largest crested penguin species and perhaps the most mysterious. Their winters are spent at sea in the sub-Antarctic oceans, although the exact location is unknown. They breed primarily in the Antipodes and Bounty Islands. On some sub-Antarctic islands invasive house mice are known to kill and eat eggs and chicks of even the largest seabird species. Removal of invasive house mice from Antipodes Island will ensure these penguins and other seabirds have safe breeding habitat.

PROJECT MISSION
To restore the Antipodes Islands, so that it is one of the safest and most pristine places in the world for its unique assemblage of rare plants, birds, and invertebrates.

PROJECT VISION
Antipodes Islands’ native species are no longer at risk of extinction and its ecosystems are healthy and functioning.

THE PROBLEM
Invasive mice eat invertebrates, plants, and seeds, and prey on bird chicks and eggs. In other parts of the world, introduced house mice devastated breeding seabird populations—killing and eating eggs and chicks of even the largest of albatrosses. Competition for resources and predation has altered the biodiversity of the Antipodes Islands. Mice have already eliminated two insect species on Antipodes Island and continue to degrade the islands’ ecosystems.

THE SOLUTION
To protect native species and restore the ecosystem, the New Zealand Department of Conservation, WWF-New Zealand, The Morgan Foundation, Heritage Expeditions, the New Zealand public, and Island Conservation are partnering together for the Million Dollar Mouse project, a campaign to remove invasive mice from Antipodes Island. 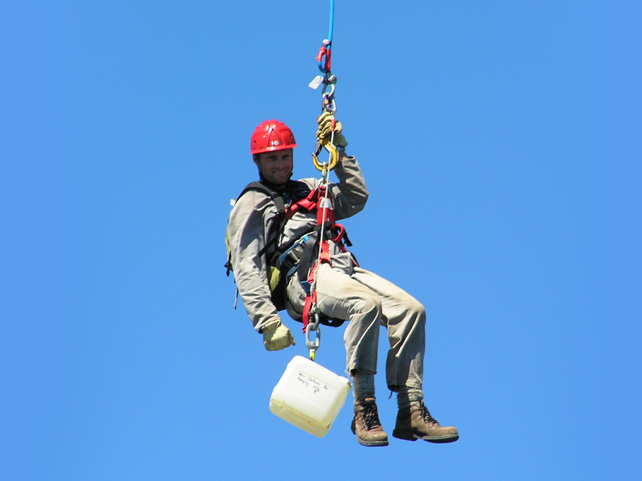 Richard received a BSc in physics from Victoria University, a postgraduate diploma in environmental science from Canterbury University, and an MSc in ecology from Lincoln University, New Zealand. Between 1997 and 2011 he worked for the New Zealand Department of Conservation (DOC), leading species recovery, island restoration, island biosecurity and pest control, and eradication programs. He was a member of DOC’s Island Eradication Advisory Group and was the leader of the Stitchbird Recovery Group between 2000 and 2007—leading the species successful reintroduction to the New Zealand mainland after a 120-year absence. He was also extensively involved in the re-establishment of seabird populations on islands and was part of the team that confirmed the reappearance of the New Zealand Storm Petrel previously considered extinct. Richard has led notable island restoration projects including the removal of rats from Little Barrier Island and the removal of eight invasive species from Rangitoto and Motutapu islands in New Zealand. As a result of the Rangitoto and Motutapu project, Richard and DOC won the Parks Forum Environmental Award in 2010. The project’s innovative approach also earned Richard a position as a finalist for the 2010 Kenton Miller Award. Richard works for Island Conservation based in New Zealand. He leads a team of project managers and island restoration specialists whose focus is preventing extinctions. In the four years he has been with Island Conservation, he and his team have successfully removed invasive species from more than twelve islands, resulting in significant benefits to plants and wildlife.