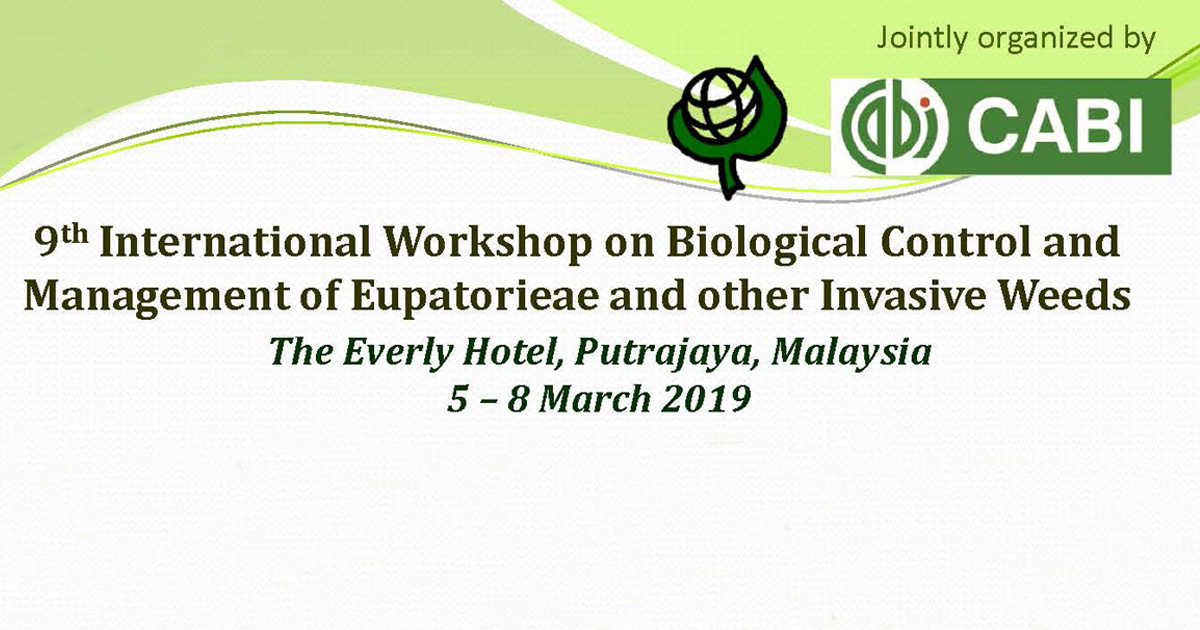 This workshop is organized under the auspices of the International Organisation for Biological and Integrated Control (IOBC) and CABI Southeast Asia. The first workshop was held in 1988 to facilitate the management and biological control of Chromolaena odorata in resource-poor tropical and subtropical countries. In 2003, the scope of the workshop was expanded to include closely related species such as Mikania micrantha, while retaining an emphasis on the tropics. Malaysia has been selected as the host country for this 9th workshop, the first to be held in Southeast Asia. The tribe Eupatorieae, which includes Chromolaena odorata and Mikania micrantha are widespread in Southeast Asia and have significant economic impacts to agriculture, the environment and livelihoods. The entire region has been shown to be highly climatically suitable for the weeds. Other species of invasive alien plants for which there are good biological control agents available and which could be included in this workshop if the interest exists, include Salvinia molesta and Pistia stratiotes.

Where: The Everly Hotel, Putrajaya, Malaysia

Learn more about this workshop here.