After one of the largest invasive species removal projects ever performed in Australia, Dirk Hartog can be a safe home for native and endangered species.

Dirk Hartog Island off the coast of West Australia is set to become a safe haven for native and threatened species. After an extensive project to remove invasive feral cats, the island will now undergo a process of native species reintroduction. By removing invasive predators, the island has become one of Australia’s largest invasive species removal projects and will soon be a haven for some of the region’s rarest species.

The project to remove invasive predators from Dirk Hartog was a three-year program that focused on the removal of invasive feral cats, which drove native wildlife to local extinction. Stephen Dawson, Environment Minister for West Australia explained:

Dirk Hartog Island is almost 63,000 hectares, which means it would be the largest island in the world to have either goats or feral cats completely eradicated, a massive feat, and one which has taken years of planning and dedication. 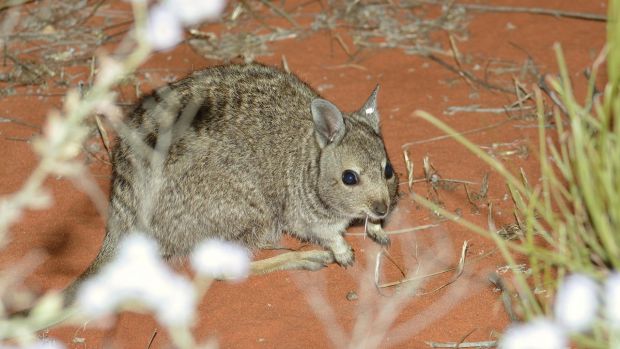 Over the next twelve years, a total of twelve mammals and one bird species will be relocated to the island to help boost their populations. Dawson commented:

We remain confident that by 2030, the island will be a safe haven for some of the country’s most threatened species, cementing its place in Australia’s environmental history and future.

Although the project will take time, conservationists are hopeful that by reviving the island it will soon be able to thrive on its own. If all goes well, Dirk Hartog Island will serve as a safe haven for the species that once lived there, and will become a glowing example of what can happen when dedicated conservationists work together and persevere.

Featured Photo: A Woylie at Caversham Wildlife Park. Woylies are one of the twelve species that will be reintroduced to the island. Credit: Miss Dilettante
Source: West Australia Today